As we so frequently get caught up in day-to-day business and the pursuit of agreements and payments, it can be difficult to make time to get to know each other. The following EMSD “who’s who” puts faces with names and summarizes job responsibilities for our EMSD staff.

Aksinia Dintcheva: Aksinia is part of the Sound Recording to Theatrical and Television Film New-Use Department and works tirelessly to create B-7 and B-8 contracts and billings. This is her 20th year working in the EMSD.

Andie Childs: Andie collects and disburses payments for film-to-film clip use, other theatrical and television film music uses, and compilation programs, and manages historical soundtracks, which includes providing the labels with musician credits. She also assists with research and calculations for other projects as needed. Andie has been with the AFM since 1995.

Andre Shavers: Andre is in charge of collections for the Sound Recording to Theatrical and Television Film New-Use Department—he pursues payment for billings generated by Peter Marroquin and the researchers. He also oversees notices for work dues payments.

Chris DeLeon: Chris is a researcher for the Sound Recording to Theatrical and Television Film New-Use Department. He views TV shows, documentaries, and films to identify the tune used and make sure it matches the one licensed. He also creates billing packages which includes gathering licensing amounts, tune recording information, finding B-4s/ album jackets, and reaching out to production companies for the correct info to invoice.

Mary Beth Blakey: Mary Beth is the contract administrator covering television videotape, basic cable television, Internet and new media projects, and video games. She has been working at the EMSD for 10 years.

Matt Allen: Matt is the contract administrator who handles motion picture and television film, as well as low budget, student, festival, and industrial films. Matt initially worked at Local 47 (Los Angeles, CA), administering the Sound Recording Labor Agreement. After Matt came to work at the Federation in 2001, he managed Commercial New Use before making his move to the Film Agreements.

Michael Stogner: Michael is a researcher in the Sound Recording to Theatrical and Television Film New-Use Department. He identifies the use of AFM sound recordings in film media and prepares the billing packets used for invoicing. Additionally, he assists with preparing theatrical and television film low budget approval letters. Michael has been with the AFM for over two years.

Peter Marroquin: Peter is the manager of the Sound Recording to Theatrical and Television Film New-Use Department. He also handles the management and storage of data for the office. Peter has been with the AFM for 27 years.

Pat Varriale: Director of the EMSD, Pat has been with the AFM for 46 years. He is “all things electronic media,” specializing in all facets of the Sound Recording Labor Agreement, national public television, National Public Radio, limited pressing, demonstration recording, and background music agreements.

John Painting: Joining the Federation as assistant director of EMSD last May, John brought over eight years of contract administration and bargaining experience from Local 802 in New York. As a result, he is familiar all of the unique quirks of the AFM’s electronic media agreements. John’s primary focus is in public television and special projects, as well as providing general back-up to Pat on all contracts.

Alyson Sheehan: In her third year with the Federation, Alyson is working on the billing and collections of sound recordings and theatrical motion picture scores into commercial announcements. In addition, she assists Pat in writing special letters of agreement and claims when musicians are underpaid for commercial and sound recording sessions.

Rosalyn Dennett, Outreach and Licensing Coordinator: Rosalyn has worked in Electronic Media services since 2016. Initially, Rosalyn’s role was focused solely on all new use projects/agreements from start to finish, but her position has developed into more of an outreach and educational role, with specific focus on applying the agreements. Rosalyn designed a thorough EMSD presentation (Prezi), specific to Canadian productions/agreements, which has been in regular use for a few years. Rosalyn brings with her a wealth of knowledge as a long-standing, member who has worked under these agreements. Contact
Rosalyn at rdennett@afm.org.

Carl Schilde, Contract and Licensing Coordinator: Carl started as part-time contract support in 2018, very recently joining the full-time roster of the staff. In addition to general support within this area of administration, Carl has taken the lead as our primary New Use coordinator in Canada, handling all aspects of the many new use (licensing) requests sent to that department daily. Carl has developed a more streamlined collections process and overall filing system for contracts. Contact Carl at cschilde@afm.org or call 416-391-5161 ext. 236.

Greg Bruce, Assistant to the Executive: Greg handles the payrolling of all New Use and supplemental markets payments emanating from Canadian media agreements. Greg also maintains the member-beneficiary records and participates as needed in other areas of the overall administration. Greg is a former president of Local 820 (St. John’s, NL), and is of course a member, who brings to the position a vast array of knowledge. Contact Greg at cfmassistant@afm.org or call 416-391-5161 ext. 226. 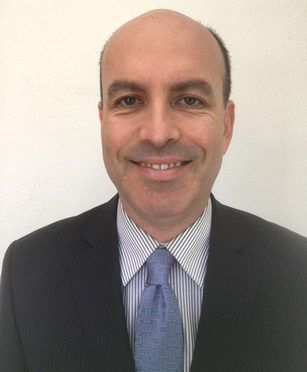 I am delighted to announce two important changes to Federation staff—one in our Symphonic Services Division (SSD) located in our headquarters office in Times Square, filling a vacancy left by the election of former Director Jay Blumenthal to the position of AFM Secretary-Treasurer, and another in our Electronic Media Services Division (EMSD) at the Federation’s West Coast Office in Hollywood. The staffing changes have resulted in the addition of two of the best minds and finest lawyers to be found in the field of union-side labor relations. They are Rochelle Skolnick and Russell Naymark.

END_OF_DOCUMENT_TOKEN_TO_BE_REPLACED

As we so frequently get caught up in the day-to-day grind of business, and the pursuit of agreements and payments for our members, it can be difficult to make time to get to know each other. With that in mind, I’ve assembled the following “Who’s Who” for the Electronic Media Services Division (EMSD)—summarizing the job responsibilities for the staff.

Pat Varriale: Now director of EMSD, Varriale has been around for 40 years. He is all things electronic media, specializing in all facets of the Sound Recording Labor, National Public Television, National Public Radio, Limited Pressing, Demonstration Recording, and Background Music agreements.

Kim Wysocki: As Administrative Assistant to Pat Varriale in the East Coast Office, Wysocki assists in the processing and entry of the commercial announcements/assumption agreements and provides assistance in signatory renewals. She also researches the numerous CDs that come into the office via record companies.

Aksinia Dintcheva: In the New Use Department, Dintcheva works tirelessly to create B-7 contracts and billings. A University of Georgia graduate, she has been working at the EMSD for 15 years.

Andre Shavers: In charge of collections for the New Use Department, Shavers pursues payment for billings generated by that department. He also oversees notices for work dues payments.

Bryan Vasquez: A researcher for the New Use Department, Vasquez monitors and analyzes TV and film media to track down new uses of sound recordings. He  prepares documentation for the necessary billing packet.

Chris DeLeon: Assisting the New Use Department by generating B-7s, as well as handling local tech issues in the West Coast Office, DeLeon played a big role in our recent Internet upgrade.

Matt Allen: The contract administrator who handles motion picture and television film, as well as low budget, student, festival, and industrial films, initially worked at Local 47 (Los Angeles, CA), administering the Sound Recording Labor Agreement. When Allen came to work at the Federation, he  managed commercial new use before moving into film agreements.

Niccole Culver: As the primary receptionist in the EMSD’s West Coast Office, Culver works closely with Allen and Blakey on film and television projects, and handles a large portion of the signatory data entry.

Peter Marroquin: As New Use Administrator for sound recording into film, Marroquin also handles data storage and management for the office. He has the distinction of having worked for the AFM for 20 years.