I am delighted to announce two important changes to Federation staff—one in our Symphonic Services Division (SSD) located in our headquarters office in Times Square, filling a vacancy left by the election of former Director Jay Blumenthal to the position of AFM Secretary-Treasurer, and another in our Electronic Media Services Division (EMSD) at the Federation’s West Coast Office in Hollywood. The staffing changes have resulted in the addition of two of the best minds and finest lawyers to be found in the field of union-side labor relations. They are Rochelle Skolnick and Russell Naymark.

Rochelle G. Skolnick, a professional symphonic and recording violinist and union-side labor lawyer from St. Louis, Missouri, has accepted my appointment as SSD Director effective October 24.  Rochelle served as SSD Counsel for seven years, and has become well acquainted with the structure and operations of the Division, the needs of the Federation, our locals, and our members.

Her relationships with SSD staff and the many Federation, local and player conference officers, and rank-and-file members she has served have always been positive and productive. She brings to our union a deep, personal understanding of the challenges faced by each constituent group in the collective struggle to improve the lives of symphonic musicians. As SSD Director, Rochelle is based at Federation Headquarters in New York City.

Rochelle graduated from Eastman School of Music as a violinist and performed with the Syracuse Symphony Orchestra, The Fort Wayne Philharmonic, Florida Philharmonic Orchestra, Florida Grand Opera, The Palm Beach Pops, and Palm Beach Opera Orchestra. She has recorded for Sony, Universal, and BMG, and has appeared in Latin
MTV Unplugged.

She earned her Juris Doctor degree from Washington University (St. Louis) and was a partner of the law firm of Schuchat, Cook and Werner, St. Louis, Missouri. She is admitted to the bar in Missouri and Illinois. 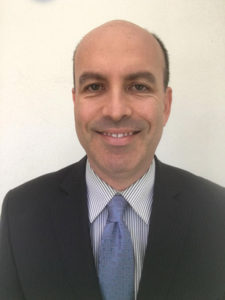 Russell Naymark brings to the Federation a passion for the labor movement and nearly 20 years of experience as a union labor lawyer  working to ensure that musicians are treated fairly. He is a veteran of in-house, law firm, and intellectual property practice in a broad range of industries including the telecommunications and entertainment industries. These experiences will serve to protect the interests of the Federation, our locals, and our members.

Russell is a graduate of Princeton University and of the University of California Davis School of Law. He was District Counsel to the Communication Workers of America (CWA), where he represented the union in arbitrations, National Labor Relations Board (NLRB) hearings, and litigation against ABC, Comcast, and Pacific Bell.

As a member of the prestigious labor law firm of Weinberg, Roger and Rosenfeld, he represented labor unions in collective bargaining negotiations, contract litigation, arbitrations, and unfair labor practice hearings.

Most recently he served as counsel to the California Public Relations Board, where he authored decisions concerning statewide public sector unfair labor practice charges. He now provides leadership and guidance to our Electronic Media Services Division (EMSD) contract administrators and senior staff, and is based in the Federation’s West Coast Office in Hollywood, California.

Rochelle Skolnick and Russell Naymark bring new strength, vitality, and a new sense of purpose to the Federation, our interests, and our mission. I’m thrilled to welcome them aboard. They will join with Headquarters In-House Counsel Jennifer Garner as a team of in-house attorneys that will help preserve, protect, and defend our interests and that will continue to grow.

I would be remiss if I failed to add that for the past five years, In-House Counsel Garner has done an outstanding job in enforcing Federation agreements and in providing prompt and effective legal expertise whenever and wherever needed. With Jennifer, Russ, and Rochelle, this is the start of a new direction in the Federation’s legal affairs. I know it will be an exciting ride.