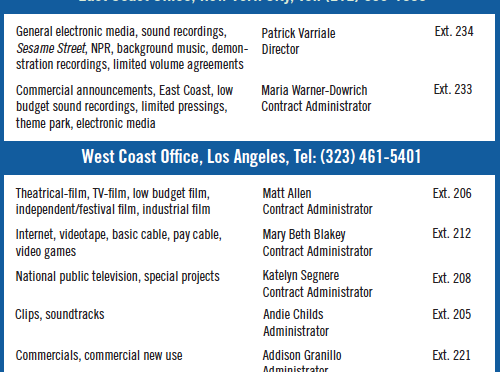 The importance of our CD Jacket Program has grown over the years and continues to grow.

Securing the release of all sound recording products, including, but not limited to, box sets, “anniversary” packages, deluxe editions, etc., which usually contain live and previously unreleased material and coordinating the proper filing of B forms for these recordings, as well as all recordings done under the Sound Recording Labor Agreement (SRLA) are vital to the Electronic Media Services Division (EMSD).

This office continues to pursue major record companies, including covered labels and independent labels signed to the SRLA. In the same vein, the EMSD researches to obtain CDs, label copies, and other pertinent information (including digital releases). When this process is completed, the information gathered is shared with the AFM locals in whose jurisdictions the recordings took place. We work together to ensure that B-4 report forms are accurately filed (hours worked, doubles, overdubs, music preparation, etc.) and also make sure that a current signatory contract is in place. We coordinate our efforts to ensure that musicians are properly credited and receive wages, pension, etc., for their work and subsequent payments from the Special Payments Fund for each of the next five years, as well as for potential new use of recordings in motion pictures, TV Film, commercial announcements, and more.

The filing of these forms is essential and it’s to the benefit of every musician who performs on a recording to see that they are properly listed on the AFM B-4 report forms for their work. This makes new use billing procedures go more smoothly.

EMSD has a scanning procedure to ensure that all the report forms received in this office for any work performed under AFM agreements are “stored” in our system, thereby making them readily accessible.  We also have an electronic jacket file (provided by the Pension Fund), which enables us to access information as needed. The more information we have on file, the better equipped we are to serve and assist you. 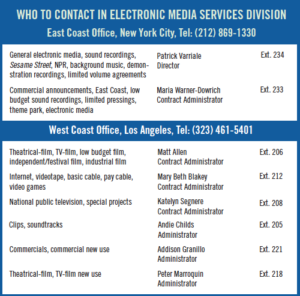 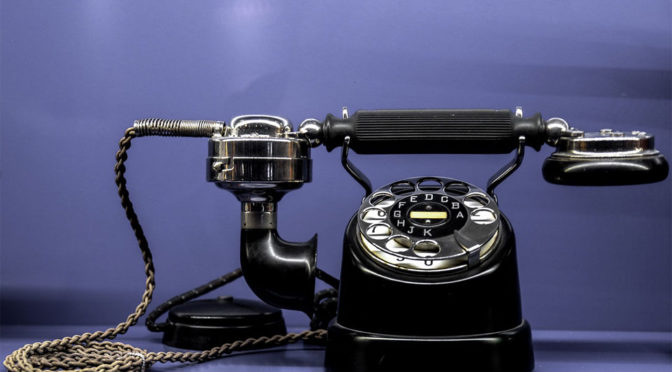 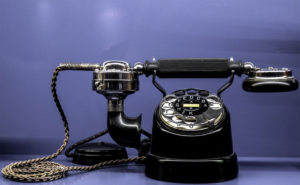 In the modern day many people will more readily send an email than physically call a person. Emails, social media, and other communication is great way to get in touch with people, but sometimes the most successful way is a good old-fashion phone call.  A well-developed telephone technique is crucial to the success of the client contact process. Potential clients can sense when you don’t feel confident, even when that conversation is over the phone.

If you lack confidence or if you are shy, you should consider getting advice on how to put forward a strong verbal presentation over the telephone. Many books have been written on the subject, and they are not just for telephone salespeople. Anyone who uses the telephone to drum up business must work on their technique.

Speaking slowly and clearly and learning a “script,” especially when you are cold-calling clients, are some of the techniques worth knowing. Another is how to follow up on cold calls. Yet another is how to leave a message on voice mail that will be memorable, which is a technique a little like a 30-second elevator pitch without the business card.

However, you should consider that TV commercials where the owner of the car dealership or mattress emporium represents him or herself are rated higher and more effective than commercials that don’t have an owner present. This was part of the secret behind the rise of the Wendy’s restaurant chain, under the charismatic leadership of Dave Thomas, who often appeared in national TV ads.

Following this logic, clients may well be more convinced of your skills as a musician and bandleader if they talk to you in person, rather than through an agent. Plus, one of the benefits of representing yourself is that you at least know how you are being presented.

Telephone calls are still one of the least expensive and most effective ways of self-promotion. If your phone technique is good, and you present yourself and your band in a memorable way, clients will recall you when you phone again.

For example, Hal Galper of Local 802 (New York City) remembers the time he sat on a panel at the International Association of Jazz Educators’ convention in Atlanta, Georgia. His name was mentioned often on the panel, and many of his clients were present. At one point the moderator asked, “Is there anyone here who has not received a phone call from Hal Galper?” Everyone laughed, and amazingly only one person said, “I haven’t.” Galper arranged to chat with this person after the panel was over. “It pays to have a good phone rap,” he reminds other working musicians.

As we so frequently get caught up in the day-to-day grind of business, and the pursuit of agreements and payments for our members, it can be difficult to make time to get to know each other. With that in mind, I’ve assembled the following “Who’s Who” for the Electronic Media Services Division (EMSD)—summarizing the job responsibilities for the staff.

Pat Varriale: Now director of EMSD, Varriale has been around for 40 years. He is all things electronic media, specializing in all facets of the Sound Recording Labor, National Public Television, National Public Radio, Limited Pressing, Demonstration Recording, and Background Music agreements.

Kim Wysocki: As Administrative Assistant to Pat Varriale in the East Coast Office, Wysocki assists in the processing and entry of the commercial announcements/assumption agreements and provides assistance in signatory renewals. She also researches the numerous CDs that come into the office via record companies.

Aksinia Dintcheva: In the New Use Department, Dintcheva works tirelessly to create B-7 contracts and billings. A University of Georgia graduate, she has been working at the EMSD for 15 years.

Andre Shavers: In charge of collections for the New Use Department, Shavers pursues payment for billings generated by that department. He also oversees notices for work dues payments.

Bryan Vasquez: A researcher for the New Use Department, Vasquez monitors and analyzes TV and film media to track down new uses of sound recordings. He  prepares documentation for the necessary billing packet.

Chris DeLeon: Assisting the New Use Department by generating B-7s, as well as handling local tech issues in the West Coast Office, DeLeon played a big role in our recent Internet upgrade.

Matt Allen: The contract administrator who handles motion picture and television film, as well as low budget, student, festival, and industrial films, initially worked at Local 47 (Los Angeles, CA), administering the Sound Recording Labor Agreement. When Allen came to work at the Federation, he  managed commercial new use before moving into film agreements.

Niccole Culver: As the primary receptionist in the EMSD’s West Coast Office, Culver works closely with Allen and Blakey on film and television projects, and handles a large portion of the signatory data entry.

Peter Marroquin: As New Use Administrator for sound recording into film, Marroquin also handles data storage and management for the office. He has the distinction of having worked for the AFM for 20 years.