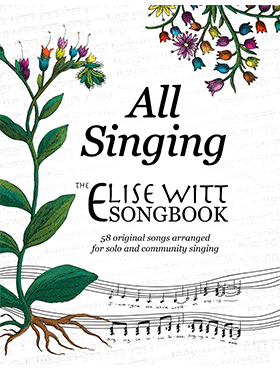 Swiss-born, Atlanta-based singer, composer, educator Elise Witt, a member of Local 1000 (non-geographic), has released a book of 58 original songs arranged for solo and community singing. From folk ballads and jazz vocalizes to rounds and singalongs, Elise’s music spans many styles and continents, and includes her Polyrhythmic Multi-lingual Musical Collages. Available in print and digital. 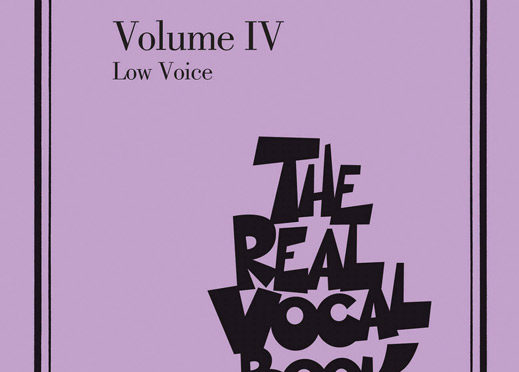 Hal Leonard’s answer to the fake book, The Real Vocal Book is legally and professionally copied and meticulously checked for accuracy in melody, harmony, and rhythms. A variety of recordings and alternate editions were consulted to create the most user-friendly presentations of 300 songs. Form within each song is clearly 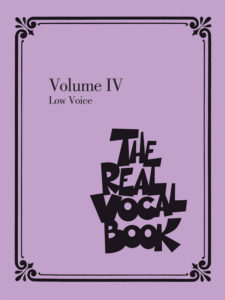 delineated and placed in obvious visual arrangement. Volume IV Low Voice (or High Voice) includes a variety of genres, from standards and jazz to pop and Broadway tunes. 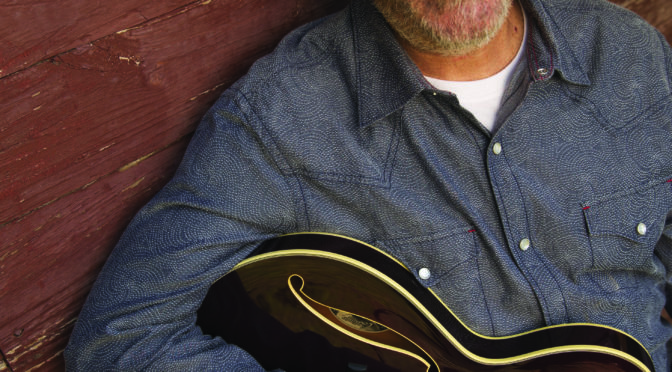 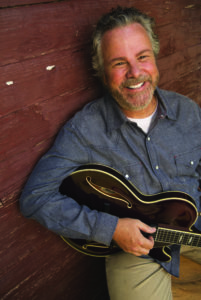 Robert Earl Keen of Local 433 (Austin, TX) offers a “real” perspective on the music industry and making sure musicians can support themselves.

Texas troubadour whose witty words and infectious melodies have proved a winning combination, says he stumbled onto the musical side of word-smithing by accident. As a child he had the habit of making up songs in his head. “When I was about eight years old, I wrote a song for Larry’s Mexican Food restaurant in Rosenberg, Texas,” he says. “I sang it for Larry and he gave me a taco plate; the die was cast.”

When Keen, who grew up in Houston, moved to College Station to study English at Texas A&M he picked up his sister’s old guitar simply out of boredom. “I didn’t know what else to do; I didn’t have any friends up there and I wasn’t interested in studying. I got this book called The 10 Greatest Country Songs Ever Written and I learned all of them, except one—‘The Happiest Girl in the Whole USA’—I didn’t think it fit my repertoire.”

“I was always interested in words and read a lot. I didn’t start playing guitar until I was 18, but when I started playing, it made all the sense in the world,” says the Local 433 (Austin, TX) member. “I went to school and got a degree, and the whole time, I never thought of anything I wanted to do more than write songs and perform.”

Keen eventually did have friends at A&M and even played and sang in a little four-piece bluegrass band. One of his Aggie friends was Local 257 (Nashville, TN) member Lyle Lovett. Together they wrote “The Front Porch Song,” while jamming on the front porch of a rented house. “Lyle was a bit more advanced. He started playing when he was about 12, I think. It’s amazing the things he can do with words, especially the whole jazzy dialogue thing.” Both Lovett and Keen ended up recording the song on their debut albums.

Throughout his career, words have continued to come first for Keen. “This is still the way it is with my songwriting process,” he says, explaining that, to him, the words are the most important component. That process starts with a picture, he says, “Sometimes it’s something I don’t really understand. And what I see in my head doesn’t necessarily translate into the song itself.”

Keen’s best known for his witty tunes about American culture, like “Gringo Honeymoon,” “The Road Goes on Forever,” “Feelin’ Good Again,” and “Merry Christmas from the Family,” which make listeners both think and laugh. However, his latest album, Happy Prisoner: The Bluegrass Sessions, deviates from the Americana music Keen is so famous for.

Keen says bluegrass has always influenced his songwriting. “‘Shades of Gray’ is a total bluegrass beat,” he explains, of the song he wrote years ago about the Oklahoma City bombing. “If you strip it down and take off some of the electronics, it’s a bluegrass song. There are so many [of my] songs that kind of work in that way.”

“I had thought about doing a bluegrass record for many years, and for whatever reason, I just never could get myself to do it,” he explains. “One day I bolted out of bed and said, ‘I gotta do this bluegrass record and I’ve gotta do it now!’ It really fell together in a great way. Everybody that I wanted to play on it, is playing on it. The way we set it up, the songs that we played, all came together. It was amazing.”

“I wrote down 100 songs that were primarily bluegrass that I thought would work. We recorded 28 songs, and from those 28 we picked out 15, then added another five for value-added bonus stuff,” he says.

Keen has been touring for the album since it was released about a year ago and the reception has been enthusiastic. “We started out playing just the bluegrass stuff, but I have found that playing the brand new record is always a little more difficult because you are putting stuff out there that people don’t know. So after we played Happy Prisoner on a few shows, I started adding songs that I knew people wanted to hear. But instead of retooling the band, we are doing it in a totally bluegrass fashion, with upright bass, dobro, acoustic guitar, fiddle, banjo, mandolin,” he explains.

Keen is proud that he’s had the same road and studio band for the past 20 years—Local 433 members Rich Brotherton (guitar), Bill Whitbeck (bass), Marty Muse (steel guitar/dobro), and Tom Van Schaik (percussion). He says the secret to keeping a band for that long is listening to what the musicians want and need.

“They all say almost the same thing: they get gypped when it comes to making a record, and they don’t have enough security. I thought I could fix all the problems,” says Keen whose band has been on every one of his records since 1998. The members are salary, get paid for every show, plus receive overages. They also get bonuses at the end of the year, plus Keen contributes to SEP retirement programs for them, and provides insurance.

In 2015, Keen took his philosophy to Washington, DC, to lobby for the Fair Play Fair Pay Act and performance rights at Grammys on the Hill. “I think that the industry is somewhat top heavy and that most of the money goes to people that are good with money, and in general, musicians and artists are crappy with money,” he says. “I’m pretty good with it, but I’m big on sharing it.”

“I believe I’ve done it differently and successfully. I’ve never had a major hit. I’ve had some major label deals, but never where I’ve gotten tons of money. I’ve just done the work, one step at a time—playing the gigs to writing the songs. I have a completely practical and real perspective on how you can work the music business,” he continues. “A lot of musicians are on the bottom of the barrel. I think musicians should be taken care of. Why don’t we have a better system?”

Keen advises young singer-songwriters just starting out to join performance rights organizations and make connections with other seasoned members. Also he says, “Be careful about signing things, and stand your ground as far as your songs and your voice go. Do your own thing really well. I believe if you hold out and keep believing in yourself, you really can’t go wrong.”

Another cause Keen has been active in is music education. Currently a resident of Kerrville, Texas, for about the past 10 years Keen has supported Hill Country Youth Orchestras by organizing annual benefit concerts to the tune of $50,000-plus per year.

“From about age six to 18 they learn how to play the instrument in a symphony or quartet situation. To me that’s what music is all about. My greatest joy has been to play with other people,” he says.