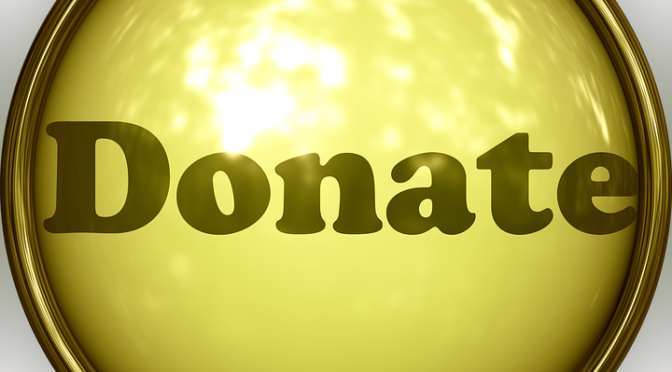 On September 6, Hurricane Irma passed just north of Puerto Rico with ferocious winds of 185 miles per hour as a category 5 hurricane, then roared past Cuba and ashore onto the US mainland Sunday, September 10, battering the entire state of Florida with an enormous reach of more than 400 miles. Irma made landfall on the southern tip of Florida as a category 4 hurricane with sustained winds in excess of 130 miles per hour, causing massive flooding and storm surges, resulting in more than five million power outages, and creating catastrophic tornadoes. The fury of Hurricane Irma occurred on the heels of Hurricane Harvey, which made landfall August 25 on the Texas Gulf Coast, between Port Aransas and Port O’Connor, Texas, just east of Houston and Galveston as a category 4 hurricane as well, marking the first time in recorded history that two hurricanes as powerful as category 4 made landfall in the same year, in the United States.

These disasters have hit AFM members hard. Hurricane Harvey displaced more than one million people along the Texas Gulf Coast. The storm affected all Houston Arts District organizations, flooding Jones Hall, the home of the Houston Symphony. It totally devastated Wortham Center, which hosts performances by the Houston Ballet and Grand Opera. “No one knows when the opera and ballet can get back in there,” Local 65-699 (Houston, TX) President Lovie Smith-Wright reported.

The Houston Symphony has managed to continue operations by moving concerts to other locations around town, pending Jones Hall repairs. The homes of dozens of Houston AFM members were totally destroyed. In South Texas and across Florida, scores of freelance musicians who work steady and short-term casual club dates and single engagements in restaurants and nightclubs have suffered loss of work.

Hurricane Irma’s trail of wind and storm surge destruction in Puerto Rico, the Florida Keys, Miami, Naples, and up the east and west coasts of Florida resulted in a coast-to-coast pummeling. Officials are still trying to assess the extent of damage. A stunning
13 million Florida residents were without power for days. Irma’s parting blow to Florida, as it moved on to Georgia and South Carolina, was record flooding in the Jacksonville area. Together, Irma and Harvey may have caused up to $200 billion in damage in Texas and Florida, according to Moody’s Analytics.

In one bit of good news, Local 389 (Orlando, FL) Secretary Sam Zambito reported that Disney advised that it will pay its Orlando theme park employees, including musicians, for all shifts cancelled as a result of the storm. Bravo Disney!

How You Can Help

In an effort to respond to the epic devastation and to help affected AFM members and their families residing in federal disaster areas in Puerto Rico, Florida, and Texas who are fighting to recover from one of the most destructive US natural disasters in history, we have established the AFM Hurricane Relief Fund. It’s more important than ever that we stand together and help our brothers and sisters. Please open the afm.org home page and click the “DONATE HERE” link.

If you prefer to write a check, send it to:

Please note: contributions to the AFM Hurricane Relief Fund are not tax-deductible.

How to Get Help

If you are a victim of Hurricane Harvey or Irma, here’s how you can get help.

Download the instructions and application for hurricane assistance here:

Musicians affected by Harvey or Irma should contact The Actors Fund for information on emergency financial assistance and other resources.

Union musicians affected by Harvey may apply for assistance from the Texas Workers Relief Fund established by the Texas AFL-CIO here: http://www.texasaflcio.org/relief/

If we stand together and act now to take care of each other, we can make a difference. Please donate to the AFM Hurricane Relief Fund today by visiting AFM.org and clicking “DONATE HERE.”

Note: AFM-EP Fund updates appearing in this column are not applicable to the AFM’s Canadian Pension Fund, known since August, 2010 as Musicians Pension Fund of Canada.

At its May 2017 Board of Trustees’ meeting, AFM-EP Fund actuaries advised that better than expected investment returns and increased employer contributions—most notably, $20 million in new contributions over the next three years from the Sound Recording and Motion Picture industries negotiated by the Federation—enabled the plan to avoid “critical and declining” status for at least another fiscal year.

Although the odds are that the Fund may become critical and declining at some point in the future, even as early as the next fiscal year (beginning April 1, 2018), that status will depend on investment returns, employer contributions, and other results during this fiscal year.

With the speed of today’s Internet, inaccurate information can be disseminated quickly. Here are a few myths I’ve seen, along with the facts.

Myth #1: The Fund is not critical and declining so we’re “safe.”

Though plan status has been certified critical each year since 2010, avoiding critical and declining status this year doesn’t mean the plan is healthy. High investment returns coupled with innovative increases in Federation-negotiated employer contributions kept the Fund out of critical and declining status this fiscal year. As recently as the plan year concluding March 31, 2016, employer contributions covered only 42% of benefit payments.

Increases in the percentage of employer contributions are essential to the health of the Fund. This cannot be accomplished if members opt to work off-contract without pension contributions for signatory employers, rather than insisting that Federation and locally-negotiated agreements with pension benefits be honored.

Why not? Because a key provision in the bill disqualifies the plan from coverage. Relief provided by KOPPA pertains only to plans with a certain percentage of their funding problem attributable to employers who withdrew from the fund without paying their withdrawal liability. One example of this was the 2011 Philadelphia Orchestra bankruptcy. However, because the plan does not meet the bill’s required threshold percentage, KOPPA, if enacted, would fail to provide any relief.

KOPPA would also eliminate the plan’s ability to avoid insolvency (running out of money) by reducing benefits. While no one wants to see benefit reductions happen, that option is important as a last resort. Benefit reductions could allow the plan to continue paying higher benefits than if it became insolvent. As written, Congressional adoption of KOPPA, though highly unlikely in the current Congressional climate, would shorten the life of the plan.

Local 802 (New York City) President and Fund Trustee Tino Gagliardi and I met with senior staffers for Senators Sanders, Franken, and Baldwin in Washington, DC, June 6 to discuss what changes to their proposed KOPPA legislation would be needed to permit the plan to benefit from it. Unfortunately, none of those staffers believed that KOPPA would ever move through required congressional committee hearings where amendments could be made, let alone be adopted.

The Plan lost 29% in investment returns for the 12 months (fiscal year) ending March 31, 2009, not 40% as some have alleged. This misunderstanding was tracked back to the trustees’ December 2016 letter to participants that said plan assets declined by 40% over 18 months. Some have read this to mean the plan’s investment return was negative 40% over that period—but that was not the case.

This misunderstanding was tracked back to the change in IRS reporting requirements for the compensation numbers shown on IRS Form 5500 Schedule C. The rules changed in 2009 to expand the definition of compensation to include, not just salary, but all payments made on behalf of staff—including, for example, health insurance and other benefit costs, travel reimbursements, and other expenses incurred while performing their jobs.

Fund Office staff cost increases have averaged only 2.16% a year from fiscal year 2009 to 2016. This modest increase, only slightly more than CPI, includes an increase in staff health care premiums over a period when premiums rose on average more than 25%.

Because the Fund remained in critical status this year, benefit reductions to already earned benefits, which might be necessary if the Fund becomes critical and declining, will not be considered this year. Next year, the Fund will go through the same process—as it has every year in the past—to determine the plan’s status. Critical and declining status could be in the Fund’s future at some point and appropriate preparations will be made. Until then, the Fund will continue to monitor its progress, review its investments, collect employer contributions, and manage expenses.

The Federation, in each of its negotiations, will push hard for increases in employer contributions to increase the plan’s overall funding percentages and improve assets available for distribution.

I am committed to keeping you updated with the most current information about the Fund’s status. In addition, please visit the Fund website, www.afm-epf.org, register and log on for easy access to FAQ’s and updated information as it becomes available.

The perennial objective of unions has been to “take wages out of competition,” as labor-economists, who analyze the supply and demand of labor and patterns in wage, income, and productivity are prone to say. By seeking to standardize minimum wages and benefits across an industry, unions can stabilize wages, prevent competition among workers and employers, and avoid a race to the bottom. More importantly for the AFM, minimum wages across given industries, such as sound recording, film, live TV, and theatrical tours, provide a floor for future improvements in successor agreements.