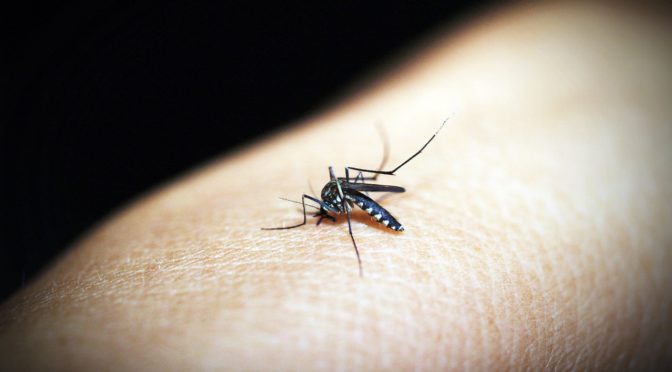 It’s the season for outdoor music festivals with destinations that may include areas where the Zika virus has been identified. Although so far confined to a relatively small swath of the US, from Florida along the Gulf Coast to the southern-most tip of Texas, Zika is a communicable disease and is especially dangerous for pregnant women. The temperature-sensitive Aedes aegypti, the main mosquito vector, lives in high numbers in a small portion of the country, and thrives in summer months when the temperature is between 77°F and 89°F (25° C to 32°C).

The Centers for Disease Control and Prevention (CDC) has reported more than 4,200 cases of Zika, nearly all carried by travelers from other areas. But Florida reports more than 200 locally acquired cases, spread by the mosquitoes.

Recently, Omaha, Nebraska, reported its first case of the mosquito-borne illness in a pregnant woman who became ill after a trip to Mexico in August 2016. According to the CDC, there is about a 10% chance that a fetus exposed to the virus will have birth defects, like microcephaly (an abnormally small head and brain) or developmental delays. If infected early on in a pregnancy, women can miscarry.

Zika can persist in semen and can be transmitted sexually. There is a chance that viral RNA in saliva, which never has been linked to an infection, may also pose a risk. In adults, Zika produces flulike symptoms, with little risk of more severe consequences.

Scientists have predicted Zika transmission will persist in Latin America in 2017, again with elevated US risk in central Florida, the Florida Keys, and south Texas. All of the Southern states, extending north along the Atlantic coast and into Southern California, are at risk of outbreaks. In 2015, Brazil saw more than a million cases of Zika. But the mosquitoes cannot live at elevations above 6,500 feet (2,000 meters) so the CDC recommends that pregnant women traveling to the country avoid regions below 6,500 feet.

There is no treatment or vaccine for the virus. If you are pregnant or trying to become pregnant, the CDC highly recommends avoiding travel to areas with a high risk of Zika. Before making travel plans, talk to your doctor and consult the CDC Zika travel notices.

Zika symptoms are usually mild, but may last for a week to several days. The average person rarely requires hospitalization. For this reason, many people may not realize they have been infected. Common symptoms of Zika include: fever, rash, headache, joint and muscle pain, and conjunctivitis. These symptoms are similar to other viruses (dengue and chikungunya) spread through mosquito bites. In countries that have had Zika outbreaks, there is a slight increase in people who have the autoimmune disorder, Guillain-Barré syndrome (GBS).

The virus usually remains in the blood of an infected person for about a week. If you develop symptoms, and if you live in or have recently traveled to an area with risk of Zika, see your doctor. Blood tests can determine the specific virus. Once a person has been infected, he or she is likely to be protected from future infection.