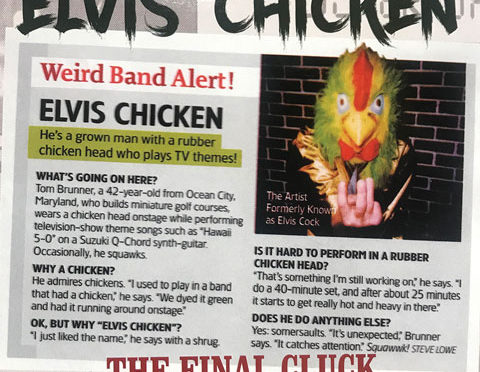 Brunner says performing with a rubber chicken head on is something he’s still working on perfecting. “I do a 40-minute set, and after about 25 minutes it starts to get really hot and heavy in there,” says Brunner, who has also been known to do somersaults in his very unique and unpredictable show.