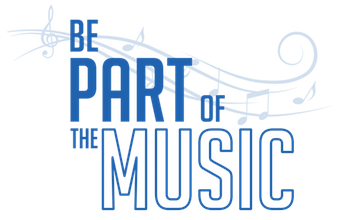 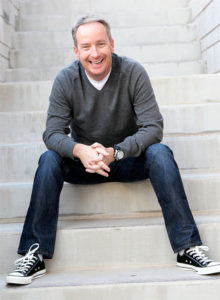 Music education advocate Scott Lang has launched a new music advocacy group called Be Part of the Music (www.BePartoftheMusic.com) to provide free resources to school music teachers, administrators, students, and parents. The stated goal of the organization is to recruit one million new students to American public school music programs. The free, customizable recruitment and retention materials, which currently include 45 documents and 27 videos are designed to help the community better understand the different ensembles and instruments that are available, along with the positive impact that music can play in the life of a child and the school community. Currently available materials are focused on elementary students, but future items will focus on retaining student interest throughout their teenage years.

“Music is the silver bullet that makes the school experience better,” says Lang. “Many studies prove that students involved in music programs have higher test scores, higher academic performance, and lower drug and alcohol abuse levels, just to name a few benefits. Our goal of attracting one million new music students is lofty, but we can reach it by adding just 10 students in each and every one of the country’s 100,000-plus elementary schools.”

Jared Cassedy, a name no one really knows, has just become a Grammy winner. For the second year, the Recording Academy and Grammy Foundation are presenting the Grammy Music Educator award.

The Music Educator Award was established to recognize current educators (kindergarten through college, public and private schools) who have made a significant and lasting contribution to the field of music education and who demonstrate a commitment to the broader cause of maintaining music education in the schools. Over 7,000 names were submitted this year, but only one can receive the award.

Jared Cassedy from Windham high School in Windham, New Hampshire was presented the reward. Cassedy is known for being filled with energy, and has even been nicknamed “The energizer Bunny.”

It’s part of his passion and commitment, and it shows with his students as well.

Cierra Cowan, a bassoonist at Windham high School said, “We’re getting so much done and we’re working so hard, yet it feels like we’re having the best time of our lives doing it.”

The students really had nothing but flattering things to say about their teacher.

“He constantly tells us, ‘I don’t see you as high school musicians. You are professional musicians to me.’ And he’s the kind of person you want to meet those expectations and it makes it incredibly exhilarating when you can,” clarinetist Jillian DiPersio said. She goes on to say, “We don’t feel like band geeks here.”

“It becomes something you want to do, because you want to impress him. You do it for him really,” tuba player Adam Consentino said.

The band he teaches isn’t exclusive to skilled musicians. He allows anyone to join even if they have never played a note in their lives. No auditions necessary.

“One of my biggest beliefs in music education is I want to provide access to all students.” Cassedy explains.

It is no wonder former student, Tim Raymond, wrote a letter to the Grammy committee. “I couldn’t think of anyone more deserving of the honor,” Raymond said, “I learned music lessons. I learned life lessons. He was one of my biggest mentors.”

Cassedy was shocked when he found out.

“Words cannot describe how amazing this honor is,” said Cassedy. “This award is not only recognition of the truly talented students and supportive community I get to work with every day, but it’s also a representation of the fundamental significance of music and the arts in our schools. As a tribute to the thousands of outstanding music educators everywhere, I cannot thank The Recording Academy and GRAMMY Foundation enough for helping us to advocate for and to celebrate the importance of music education across the nation.”

He didn’t take all the credit for himself, “…I see it more as a recognition of the students. Without the students coming back every single day, giving it 110 percent. Their lips are falling off, and exhausted and they’re studying for midterm exams and they have a lot of pressure on them but they’re the ones. I could be up there waving my arms around, but they’re the ones making the music.”