Los Angeles Philharmonic has announced an ambitious season to mark its 100th anniversary. Aside from an exciting centennial program, the orchestra will mark the milestone with educational and social-impact initiatives, as well as public celebrations. LA Phil 100 season highlights include more than 50 commissions, 20 programs conducted by Music and Artistic Director Gustavo Dudamel, plus exciting cross-disciplinary collaborations. Former LA Phil Music Directors Esa-Pekka Salonen and Zubin Mehta will return, along with former Principal Guest Conductor Michael Tilson Thomas, a member of Locals 47 (Los Angeles, CA) and 9-535 (Boston, MA). A new work by former Music Director André Previn will be performed and a long list of internationally celebrated musicians are scheduled to appear with the orchestra.

The season kicks off September 30 with day-long Celebrate LA! festivities for the entire city.  The free, open-air event will feature performances throughout the streets, from Walt Disney Concert Hall to the Hollywood Bowl, culminating with a free LA Phil concert at the Hollywood Bowl with a special once-in-100-years roster of guest artists. Celebrations will continue through the 2019 Hollywood Bowl season, and end with a gala featuring Dudamel, Mehta, and Salonen sharing the podium on October 24, 2019, marking the exact 100th anniversary of the LA Phil’s first concert.

“I have been thrilled to help define and shape the LA Phil over the past decade of our great history, when we have worked with such enthusiasm to make ourselves more diverse, more inclusive, and more engaged with our community,” says Dudamel.

The year is commemorated in a two-volume compilation of photographs, interviews, and essays, Past/Forward: The LA Phil at 100. LA Philharmonic musicians are members of Local 47.

In mid-August, the Los Angeles Philharmonic’s musicians and management announced that an agreement was reached for a new five-year labor contract, which goes into effect September 18. Highlights of the contract include annual increases to the musicians’ minimum weekly scale wages, reaching $3,168 in the final year of the contract; and new health care plan offerings that will help to manage costs.

“One of the core functions of the AFM is to negotiate contracts that deliver improvements in the lives of working musicians,” says Local 47 (Los Angeles, CA) President John Acosta. “We are pleased to announce that our negotiating committee, made up of elected members of the orchestra and working with union staff and legal counsel, has reached an agreement with the Los Angeles Philharmonic that delivers on that promise. This new agreement builds upon the tradition of LA Phil contracts that set the bar for pay, benefits, and respect for musicians in the United States.” 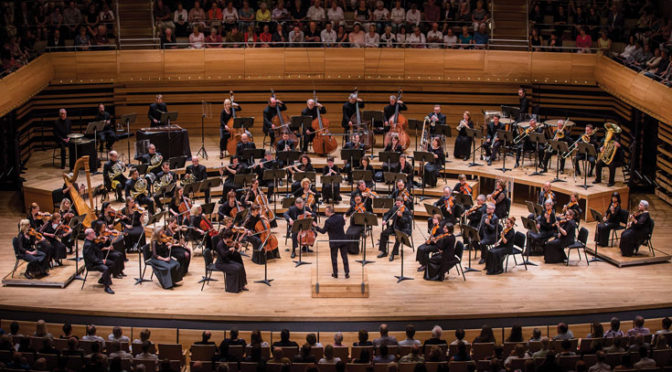 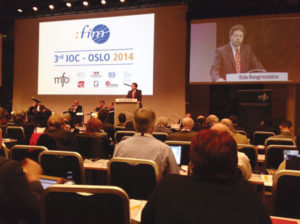 In September, Louisiana Philharmonic Orchestra performed in the Orpheum theater for the first time since Hurricane Katrina flooded its lower levels five years ago. The nearly century-old Beaux Arts theater, located in New Orleans’ Central Business District, has been restored and renovated. It is one of the few remaining vertical hall designs left in the US and has over he years hosted vaudeville acts, films, and countless orchestra performances. Its acoustics impeccable acoustics are said to rival that of Carnegie Hall.