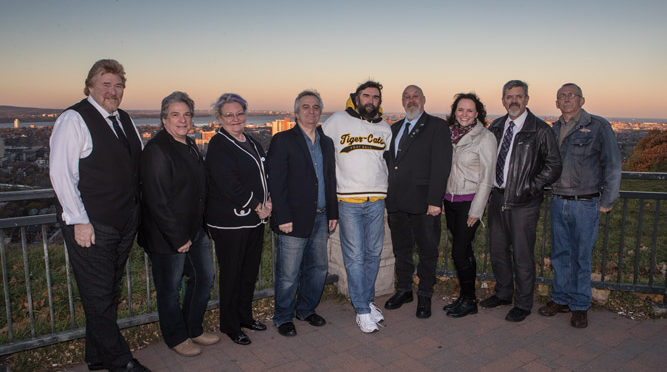 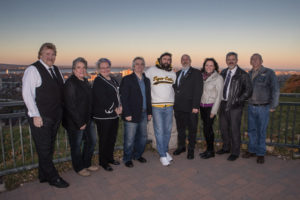 In 2012, when President Larry Feudo and his board took over the leadership of Local 293 (Hamilton, ON) they faced a tough challenge. “Our membership had been decimated to under 300 because of poor prior leadership and embezzlement,” he explains.

The first step was to evaluate the local’s assets and needs to identify specific areas of focus: office procedures, political lobbying, and community outreach. Feudo recruited a new board that included Secretary-Treasurer Brent Malseed and 2nd Vice President Janna Malseed, former board members of Local 293 with years of experience.

“We organized the office and started cleaning up bad clerical practices; then we moved on with a membership drive waiving initiation fees, and taking advantage of various AFM tools that are available,” says Feudo. Along with recruitment, the local made a big effort to grow its reputation in the community and among musicians through both public relations and action.

“We did a lot of advocacy for local musicians—weighing in on timely issues in the media and standing firm for musicians’ rights,” he says. The local built its reputation by contributing to music scholarships at the local college and making charitable donations to community partnerships. “There was a great deal of personal commitment from all our board members to the concept of collectivism.”

The Local 293 board thoroughly understands that actions speak louder than words. In August 2015, after a year-and-a-half battle, the local was instrumental in getting money owed to musicians who were stiffed when the Opera Hamilton suddenly pulled out leaving them unpaid. “We got a $20,000 grant for the musicians from the city of Hamilton,” says Feudo. “That was a very concrete example of what the union does for its membership, but the main thing was that our members walked away with the money they were deserving.”

Brent Malseed, who is in the office five days a week, works hard to build the local’s reputation among its members and the Hamilton community. “We try to keep up to date on Facebook to keep our membership informed, plus we publish our newsletter, Libretto,” he explains. “Many of our board members submit articles and reports. Having the board involved in the newsletter shows that the board is working well together.”

“In the office, we try to answer every single phone call. I think it helps to give that personal touch to our members,” he says. “If they have a question, and we don’t have a answer, we get them one. Members feel confident that we are getting the job done properly.”

Janna Malseed grew up in a musical family and has a strong knowledge of the business of music. “One of the things we feel very strongly about is that musicians need entrepreneurial education,” she says. “There’s performance, but there is also the business component—negotiating contracts and paying the side people. We work very hard with our members to provide educational seminars and give them guidance for directing their careers.”

“One of the things that I think has led to our success is that we have a board committed to collectivism,” says Janna. “Older members came back because the organization rebuilt its credibility, and not just because they are still performing musicians, but also because they enjoy the idea of being in a fraternal organization.”

Board members are involved in the community, even bringing Mohawk College music students to their office for programs. “We try to brand ourselves and get the name out into the community: Hamilton Musicians Guild—your source for the professional musician,” she says.

“We screened the film Broke—a really good documentary about the music industry—and then had a panel discussion about it. You need to engage people in dialogue about things that matter to them,” Feudo says. The local draws nonmembers in by opening up educational events to the public. Members get discounted admission, which is another membership benefit.

“For the younger generation, it’s more about services and what the union can do for its members,” Brent says, adding that the board is extremely aware of diverse communities in the music industry. Among the perks for younger artists is assistance with immigration and P-2 visas for travel to perform in the US. Due to Hamilton’s proximity to Buffalo, New York, it’s the fourth largest local in terms of submitting visas to the US.

Younger members are also grateful to the AFM for helping them access low-cost liability insurance, says Brent. “One young kid came in who found out two days before he was set to leave that he needed proof of liability insurance to play a gig in Michigan. He phoned one insurance company that wanted $1,000 a year for $1 million coverage. Within a couple hours, our insurance provider was able to set him up with $1 million coverage, for one year, for $50. That word spreads around to our younger members.”

The Local 293 board is excited about its future, thanks to community involvement. The city of Hamilton is trying to brand the city as a music center for Canada and Janna, along with Local 293 Director Glen Brown, sit on the city’s Music Strategy Implementation Team. “We got in early enough to steer them away from Austin’s SXSW model of putting on music for free,” says Feudo. “If we didn’t have a seat at the table, we wouldn’t be able to get our message across.”

The local is also hosting the Canadian Conference of Musicians, August 11-13, 2017, which it hopes to extend to a week of performances and events that recognize local musicians. “We are getting all kinds of support from the city,” says Brent.

The local has doubled its membership in the past four years. Brent says that one of the keys to retention is getting new members involved. Rather than just collecting their dues and hoping for the best, the local makes a point of spending time with them, explaining benefits, giving career advice, and making them feel welcome.

“Emphasizing the fellowship of musicians is important,” he continues, explaining how they gather together to participate in events like the city’s annual Labor Day parade. The local has gotten Lester Petrillo Memorial Fund money for members who had fallen on hard times, and Music Trust Performance Funds to hire musicians for live music events. It’s even assisted in rallies with other union locals.

“We have a passion for strengthening this local. I think that is the crux of our success,” says Brent. “That passion comes across as genuine to our membership and they appreciate that we really believe in the cause.”