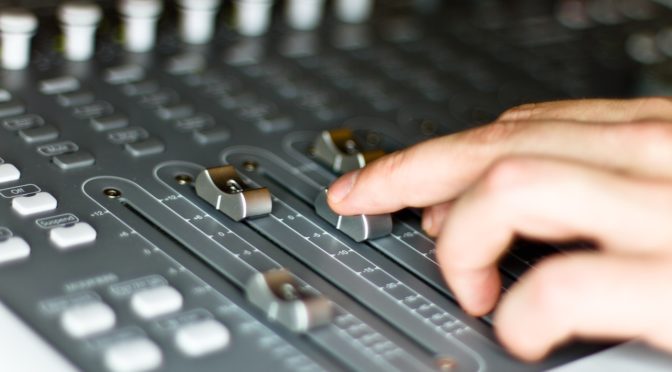 I am pleased to report that, after two rounds of negotiations, the Federation has reached a successor public radio agreement with representatives of American Public Media and Minnesota Public Radio, which will set the pattern for wages and conditions for musicians who perform services for some two-dozen producers of public broadcasting programs, including Performance Today and Prairie Home Companion. Our successor public radio agreement becomes effective upon ratification and extends three years to January 31, 2019, with wage and applicable benefit contributions retroactive to February 1, 2016.

Important to this agreement are groundbreaking new media provisions that establish use fees and residual payments for musicians whose public radio performances are licensed to interactive digital service providers such as YouTube, Hulu, Amazon, and Netflix. In addition to a new use fee payable to each musician whose performance is embodied in any clip or program exhibited via new media, 5% of producers’ gross receipts derived from the license for exhibition of any clip or program will be distributed half (2.5%) to the AFM and Employers Pension Fund, unallocated to any particular individual, and half (2.5%) to musicians.

The Federation will convene its fourth round of negotiations with the NBC, ABC, and CBS television networks August 14 toward a successor agreement covering musicians performing in live television variety shows like Saturday Night Live, The Voice, and Dancing with the Stars; late night shows like The Tonight Show Starring Jimmy Fallon, Jimmy Kimmel Live, and The Late Show with Stephen Colbert; and specials like the Academy Awards and Grammy Awards shows.

As we all know, employers in all quarters of the commercial television industry have continued the fight to deny fair compensation to musicians, to expand their own production rights, and to deny union jurisdiction (and thus the path to negotiating fair deals) over products made for new media platforms.

Unfortunately, with previous AFM administrations, television employer intransigence was never met with a firm union-like resolve to fight through to reasonable conclusions. As a result, my administration inherited a tangle of television agreements that were expired and/or enmeshed in years-long and seemingly endless negotiations.

It has taken time to put our television house in order, but we have done so. We took on the tough negotiations, fought nose-to-nose when necessary, and showed the various employer groups an unflagging commitment to asserting our rights and obtaining fair deals. Using an approach that has been both militant and deliberate, we worked through the AFM’s outstanding television agreements and concluded deals—including successors to the TV Videotape Agreement, the Country Music Television Agreement, and the Basic Television Film Agreement—that benefited musicians and put the Federation on a firm footing for the current round of negotiations.

Of highest priority in our current TV negotiations are our efforts to improve coverage and residual compensation for musicians when programs are exhibited and streamed in new media. With the viewing public transitioning away from traditional linear television, switching off their sets in favor of on-demand online video alternatives, the watching of regularly scheduled broadcast television is dying. Against this background, the Federation’s TV new media proposals, which mirror provisions bargained successfully by our sister entertainment unions, have taken on added importance.

We have advised the networks that any successor agreement must contain on-demand streaming revenue participation for musicians at least commensurate with levels enjoyed by other workers in the industry. We will be negotiating hard for fair TV new media provisions this month, and given the networks’ difficult attitudes, I expect additional negotiating sessions will become necessary later this year, most likely in Los Angeles.

With the Federation’s lease at 1501 Broadway in the heart of New York City’s Times Square set to expire January 2019, and with full authorization by the International Executive Board, Secretary-Treasurer Jay Blumenthal and I have entered into negotiations to purchase an office condo in the financial district in lower Manhattan to serve as the Federation’s new home.

After comparing the costs of leasing versus purchase, we have determined that owning our offices is significantly more cost effective and will stabilize and reduce office occupancy expenses in the years and decades to come, putting to rest the Federation’s decades-old struggle over acquiring and owning its International Headquarters.

Protecting the Federation’s long-term financial interests by owning our headquarters office is a no-brainer. We will create equity, and reduce costs. We will reduce liability and increase Federation assets, all made possible by the Federation’s improved financial condition—a direct result of the hard work of our staff and the diligence, dedication, and fiscal responsibility of our magnificent International Executive Board. Watch for more details in this column next month concerning Federation media negotiations and our relocation journey.