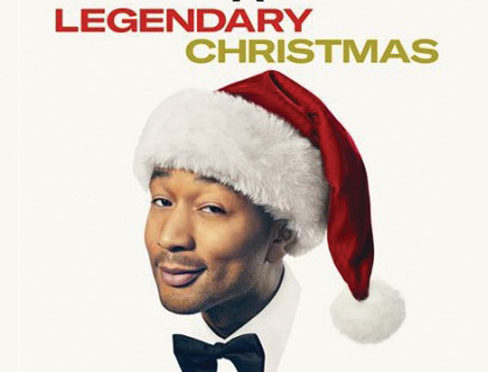 John Legend of Local 47 (Los Angeles, CA) released his first-ever holiday album, featuring eight holiday classics, such as “Silver Bells” and “The Christmas Song (Chestnuts Roasting on an Open Fire) as well as six new holiday tunes. Legend expressed his excitement for A Legendary Christmas in an Instagram post, “I’ve been wanting to do this for a long time.”

The album includes strings, horns, and a trio of singers, including Sy Smith. Local 5 (Detroit, MI) member Stevie Wonder can also be heard on the album, playing harmonica on “What Christmas Means to Me” and Esperanza Spalding sings on “Have Yourself a Merry Little Christmas.”

A critically acclaimed, multi-platinum singer-songwriter, Legend has garnered 10 Grammy awards, an Academy Award, a Golden Globe, a Tony Award, and an Emmy Award, among others. He is the first African-American man to win an EGOT.

To promote the new album, Legend launched a 25-date tour around North America on November 15 in Clearwater, Florida, that ends December 30 in San Diego, California.