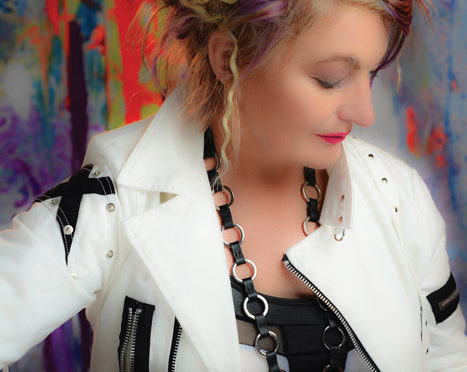 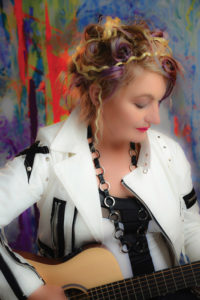 Canadian musician Jane Siberry of Local 149 (Toronto, ON) has a goal to live more authentically, and lets her heart and music decide where she will travel next.

At 60 years old, Canadian singer-songwriter Jane Siberry says she’s inching toward her prime. “Maybe there are several primes,” she muses. “My goal—maybe a lot of people’s goal—is to live more authentically. Don’t make a move until it pushes you from inside.” Planning is not typical for Siberry, but other projects she thinks about include a TV talk show with musical guests, and a detective TV series for which she’d enlist her musician friends—a light-hearted show covering complex issues, she explains.

Siberry’s new CD, Angels Bend Closer—her first in five years—is garnering the kind of praise that secured her cult-like status 35 years ago. Here, she confronts hopelessness and doubt, but true to form, Siberry inevitably provides solace, a way of feeling whole again. She says, “It was time to do songs that were safe, direct, familiar, not too weird or outside.” The album is listed In NPR’s Best Music of 2016.

It took her five years to complete Angels working intermittently in different stages. “People might ask why it’s been so long,” she jokes, “Who knows? Maybe they thought I was working at a Whole Foods or something.”

“I went through my whole catalog and I was surprised to find there’s a through line: trustworthy, consistent. I’m much more direct now. I don’t use he and she, I use ‘you.’ I try not to be too cryptic.” She says candidly, “We don’t have that much time, let’s dive in. I’m sort of like that in person, too. It’s a good feeling when you’re not tentative. You’re operating from a whole different foundation.”

Siberry of Local 149 (Toronto, ON) is largely self-taught, having learned to play piano by ear at a young age. Later on, she would draw on classical and operatic works to create her distinctively lush, ethereal sound. As a teenager, she learned to play the guitar by working through the repertory of fellow Canadian Leonard Cohen.

Already a union member at 18, Siberry began recording in the 1970s. In the 1980s, when she moved into electronic art pop,  she became internationally recognized.

Siberry’s second album, No Borders Here (1984), yielded her first single, the hit “Mimi on the Beach.” With her breakthrough album, The Speckless Sky (1985), she earned awards and the attention of artists like Brian Eno, who collaborated on a later album, When I Was a Boy. Her duet with Local 145 (Vancouver, BC) member k.d. lang, “Calling All Angels,” from the same album, has been featured in two films: Wim Wenders’ Until the End of the World (1991) and Pay It Forward (2000).

In 2006, Siberry adopted the name, Issa, and shed most of her possessions, keeping only one guitar. And then six years ago, she made the switch from performing in larger clubs to smaller venues—home concerts in a salon-type setting.

“I move around a lot and that was part of changing my name—to be more at the behest of the universe,” she says. These days, her only home is a cabin in Northern Ontario, where she retreats when not touring. Her traveling companion is her beloved border collie, Gwyllym.

Siberry credits executive producer Dellamarie Parrilli for adding energy to the arrangements on Angels. “She took what she loves about my music and tried to exaggerate it, making things more poignant, more soaring, elevating my voice,” explains Siberry.

“Part of our jobs as musicians is to be a barometer—it’s a natural thing,” Siberry says. I write about things I wish I had heard people talk about when I was 16. “There weren’t very many people [talking about them], except maybe Leonard Cohen and Joni Mitchell [of Local 47 (Los Angeles, CA)]. I felt like that was a party I wanted to join.”

It was through jazz that Siberry became more interested in formal writing. She says she has always “trusted” jazz musicians. “I understand their kind of musical poetry. I’m being spoken to respectfully. They’re connected enough to themselves. I’m hearing how someone else is living their life,” she explains. Jazz players are also better suited to her music and performances, which involve a lot of on-stage improvising.

“I sometimes think the true role of the musician should be unterritorial, more like shaping than writing a song,” she says, adding that she wouldn’t mind if someone decided to change some of her lyrics. “We’re all different musical beings.”

Every now and then Siberry performs with k.d. lang and says she looks forward to the day when they do “Living Statue” together on stage. In the meantime, Siberry will tour wherever the new CD events and celebrations take her—as long as Gwyllym can go, too.

She may play Carnegie Hall, or head to the mountains in Wales, she explains. Some shepherding friends have invited her to help take the sheep up the mountain when they’ve got their lambs—one event where Gwyllym will be the star. After the sheep are up the mountain, Siberry will tour the UK, walking from town to town and gig to gig.