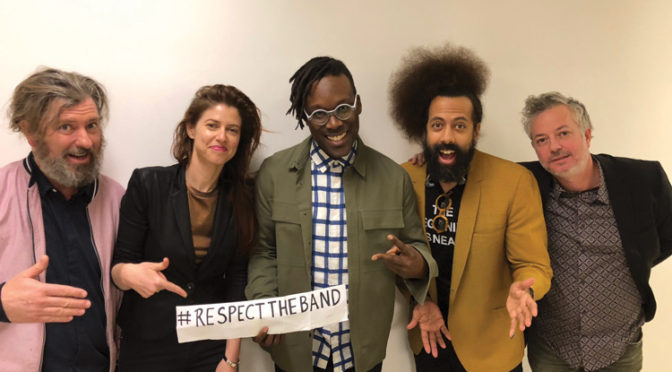 I am pleased to announce that Dave Shelton, former president of Local 554-635 (Lexington, KY), has become the newest member the Federation’s staff as an International Representative (IR), filling a field position that became vacant May 2017 with the departure of Barbara Owens.

International Representatives are the first line of help and assistance for local officers in matters pertaining to day-to-day operations and governance issues in running a local. They are readily available to assist local officers with onsite training, preparation of operating plans, budgeting, and compliance issues relative to AFM Bylaws and Department of Labor regulations. IRs are a resource for the development and application of local bylaws, mergers, membership rosters, newsletters, membership meetings, and elections. 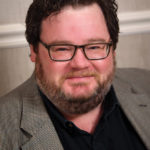 Dave Shelton is uniquely qualified for service as an IR with his broad experience as a versatile professional musician and as a local officer, symphonic negotiator, orchestra committee chair, union steward, and AFM conference officer. An outstanding musician with many years of orchestral horn and jazz piano performance experience, Dave graduated summa cum laude in 2007 from one of the world’s most respected music schools, the University of North Texas (UNT), with a Master of Music degree in Jazz Studies. At UNT, he served as a teaching fellow and a jazz lab band director. Prior to his study at UNT, Dave earned his bachelor’s degree at the University of Kentucky. He has performed as fourth horn with the Lexington Philharmonic Orchestra for nearly two decades, and also serves as pianist and arranger for that orchestra’s pops series.

During his years of service as a local officer with Lexington Local 554-635, Dave excelled in fundraising and development activities, public relations, collective bargaining, and contract negotiations. He was elected as an officer of the Regional Orchestra Players Association (ROPA) in 2016, and currently serves as its vice president.

Dave now joins IRs Allistair Elliott (Canada), Wally Malone (Western Territory), Cass Acosta (Southeast Territory), and Eugene Tournour (Northeast Territory) who are each assigned a geographic territory of individual locals to maintain regular contact and visitation. The IRs’ activities are coordinated by Assistant to the President Ken Shirk, who is based in our West Coast Office, located in Burbank, California. We are delighted to welcome Dave as the newest member of the Federation’s staff. I know he will do an excellent job. 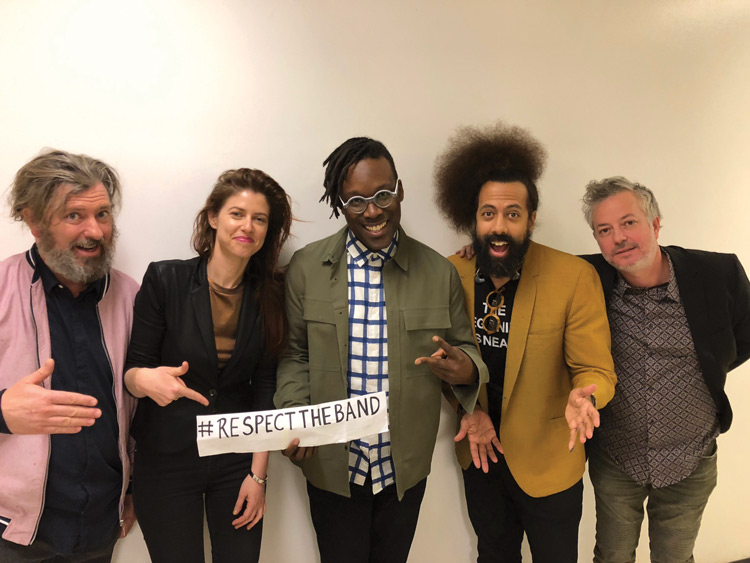 On December 15, 2017, the Federation resumed discussions in Los Angeles with representatives from CBS, NBC, and ABC toward a successor agreement covering the services of musicians engaged to perform on live television. Despite three rounds of negotiations, which began 18 months ago, the talks have been deadlocked over the networks’ refusal to bargain over the Federation’s proposals for progressive payment terms for advertiser-supported and subscriber-based streaming of live and on-demand TV. Our proposals for better terms for musicians engaged in the production of live television programs made for initial exhibition on streaming platforms such as Netflix, Amazon, and Hulu were also rebuffed.

Despite the networks’ stonewalling, our team was determined to break the bottleneck and find ways to turn up the heat. At my request, AFM Organizing and Education Director Michael Manley, together with organizers from Local 802 (New York City) and Local 47 (Los Angeles, CA), Recording Musicians Association President Marc Sazer, and player representative Jason Poss of Local 47 worked to develop a plan of action by arranging a series of meetings with musicians working on late night shows, award shows, and prime time variety shows. The musicians identified, discussed, and prioritized issues surrounding the producers’ lack of additional payment when their performances are free to watch online.

A concerted campaign with a catchy name, #respecttheband, emerged from those meetings and quickly gained traction. As the December negotiations got underway in Los Angeles, audience members waiting in line outside the studios on both coasts received leaflets outlining the issues. Musicians from the bands inside released statements to the press speaking out about producers’ lack of respect and fair treatment when their performances are streamed.

The Late Late Show with James Corden musicians released a photo from their green room displaying a #respecttheband banner.

“Other performers are all paid when Jimmy Kimmel Live! streams on YouTube or other online outlets, yet musicians are paid nothing. Musicians just want to be compensated for our likeness and our music,” says Cleto Escobedo III, musical director of Cleto and the Cletones. “I love Jimmy, the producers, and everyone we work with. We just need to make sure the networks treat us and all of our colleagues fairly.”

“This is about fairness. It’s a travesty that musicians are being treated this way. We are just asking the networks for a little respect—and the networks can certainly afford to treat musicians with the respect we deserve,” says Harold Wheeler, who is well known in the Broadway and recording scene and will be the Oscar’s music director in 2018 for the third consecutive year. He was also the original Dancing With the Stars music director.

With a publicity push from AFM Communications Director Rose Ryan, the musicians’ concerted activities in support of their bargaining objectives received extensive coverage in Deadline Hollywood and Variety.

As a direct result, the networks have now agreed to engage and negotiate over the Federation’s proposals for fair and equitable compensation when musicians’ performances are streamed. Our next round of TV talks will occur this spring.