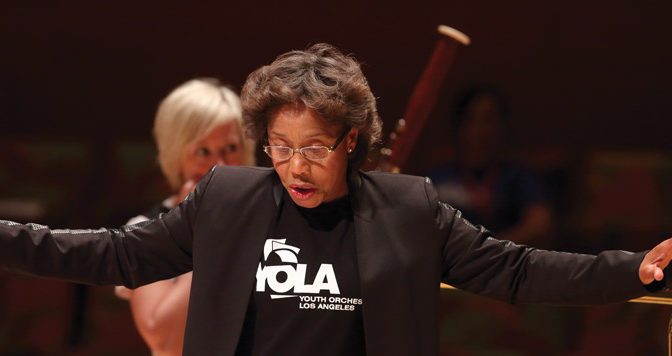 The music of North America would be vastly different if not for the richness brought from other cultures. That’s one reason why the career of Tania León is so remarkable. If she had not bravely come to the US on a 1967 “Freedom Flight” from Cuba, she would not have gifted New York City and the country with her talents and influence, inspiring generations of artists. The pianist, composer, conductor, and educator’s career culminated in the founding of her own composer organization and festival seven years ago.

“I wanted to create something that brought composers together from all walks of life,” says León. Founded in 2010, her nonprofit Composers Now is dedicated to empowering all living composers, while celebrating the diversity—in gender, culture, genre—of their voices and contributions. This month, composers gather in New York City to take part in this year’s theme: “the impact of arts in our society.”

“We have more than 99 events all over the city—each attended by the composer,” says León. “It’s a very inclusive audience.”

A proud and longtime member of Local 802 (New York City), León recalls joining the union early in her career when she was as an accompanist and worked as a music director and conductor for Broadway shows, including The Wiz and The Human Comedy. “I’ve worn lots of different hats, and all the while, backed up and supported by the union. A lot of musicians depend on Local 802. The AFM is a core organization—instrumental to having a career in music.” 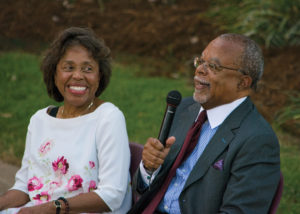 Though she grew up poor in Havana, León’s entire family supported her remarkable musical talent. Her grandmother insisted she be admitted to the music conservatory at age four, before she could even read. Her grandfather purchased a piano for the household when León was five. An avid reader, her grandmother often spoke to her about artists—Marian Anderson, Josephine Baker, Paul Robeson, Leonard Bernstein—many of whom Tania later got to work with.

When she was nine years old, León’s teacher casually planted the seed of her becoming an international pianist. While performing in France, he sent her a postcard of the Eiffel Tower. “It had such an impact; I kept saying to my family that one day I would live in Paris,” says León.

Before leaving Cuba, she earned a BA and MA from Carlos Alfredo Peyrellade Conservatory, and simultaneously, earned her CPA from the school of commerce—in case her dream of being a musician never materialized. “My family did so much to give me the best education they could,” she says.

Arriving first in Miami, she knew the city could not offer the opportunities needed to launch a music career. She explained her predicament to a church sponsor. Three days later she had a one-way ticket to New York City, which she has called home ever since.

León was able to work as an accountant at the Americana Hotel, while she worked towards validating her degrees in the US. “Following an audition, I was given an almost instant scholarship from New York College of Music and they sent me to study English at New York University [NYU],” she says. Eventually she earned her BA and MS from NYU.

Soon after arriving in the country in 1967, she became aware her new home was facing challenges—protests over civil rights and the Vietnam War were in full swing. While New York City was diverse and accepting, the unrest in the country raised her consciousness. “At NYU there was a rally every three days and the suspension of classes. Because I didn’t speak English, my classmates would tell me what to scream when we attended the rallies,” she says. “Within that first year after my arrival, Martin Luther King was assassinated.”

“When I first saw what was going on with desegregation I was saddened,” she says. Coming from a multi-racial background, racism was not something she had experienced up to that point in her life. “My neighborhood [in Cuba] was integrated. We were unified in that we were all poor.”

Racism is something she’s never been able to wrap her head around. “I don’t care what you look like. There are no two people in the world with the same skin tone; we are all different,” she says. “We all reflect each other; we are all created in the image of one another; and everyone has something to give.”

Birth of a Composer

A chance meeting with Arthur Mitchell, the New York City Ballet’s first African American principal dancer, changed the course of her life. She had agreed to sub as a ballet accompanist, and during a break, she met Mitchell when he heard her playing. “The door opened and there he was; it was like he’d come out of a movie set,” she says.

Eventually, he asked if she’d like to help with his new project, Dance Theatre of Harlem. Motivated by the assassination of King, Mitchell had the idea of using art, specifically dance, to affect social change. León became the organization’s first music director. Eventually, Mitchell inspired León to create her first composition, Tones, which she dedicated to her grandmother.

“One day Arthur said to me, ‘Why don’t you write a piece and I will do the choreography?” recalls León. “The whole experience moved me so much that I wanted to change my major to composition.”

Similarly, on the suggestion of Mitchell, León first conducted the Juilliard Orchestra for a Dance Theatre of Harlem performance in Italy. “The next thing I knew, I was in the pit and the next day my picture was in the paper with the caption ‘woman conductor,’” she says. “When we came back, I studied conducting.”

León never thought she would write an opera either. When she was first contacted by Munich Biennale festival founder Hans Werner Henze to write one, she thought it was a joke. Her opera, Scourge of Hyacinths, commissioned in 1994 and based on a BBC radio play by Wole Soyinka, won the BMW Prize for best new opera at the festival in 1999.

Today, León is an inspiration to young composers, a cultural activist, and a champion for contemporary music. She has been a professor at Brooklyn College since 1985 and is a City University of New York (CUNY) distinguished professor since 2010. As a professor, she sees her role as supportive: teaching students to believe in themselves and helping them to bring out their best compositions.

“I encourage them to follow their beliefs and support them spiritually—to find who they are. We all get preoccupied about how to start a piece and the first time the piece is heard by others. In my teaching, I incorporate everything—how to bow, how to address an audience, and how they are going to make a living,” she explains. “After years of working, you develop your voice. And hopefully, with that voice, you can write in different styles.”

Even she had to find her voice. Early in her composing career, in 1979, León visited with her father in Cuba. She played him some of her compositions. “Before I left, my father said my music was very interesting, but asked ‘where are you in your music?’ Unfortunately, that was our last conversation and I was left with that question, not knowing what he meant,” she says.

As she thought about her trip and Cuba, it occurred to her that she could include traces of the music of her primary culture in the music she was composing. Shortly after, she began Four Pieces for Cello. “The third movement, ‘Tumbao,’ refers to my father’s way of walking—very happy from the heart. That was my first gesture where I included myself,” she says.

In 2016, León was invited to return to her birthplace to perform for the first time. She conducted the National Symphony Orchestra of Cuba in a program that included one of her works. León, who has memories of attending the symphony’s concerts with her grandmother, dedicated the performance to her ancestors. 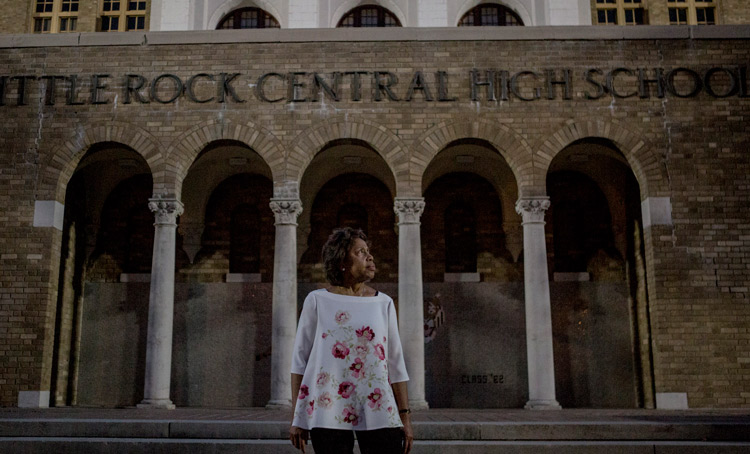 León is currently working on her latest commission, The Little Rock Nine opera. Commissioned by the University of Central Arkansas (UCA), the opera tells the story of the desegregation of Little Rock’s Central High School in 1957. Rollin Potter, former dean of UCA’s College of Fine Arts, came up with the idea and Thulani Davis wrote the libretto.

As she researched the project, León was deeply moved. Research is important to any commission, she explains. “When you get a commission and you have to start writing, you panic. What is important to say? You have to get inspired. At least with an opera I collaborate with the librettist.”

She first met with historian Henry Louis Gates, Jr., historical researcher for the opera. Then, in September 2017, at the event “Imagine If Buildings Could Talk: Mapping the History of Little Rock Central High School,” she met the surviving Little Rock Nine and even some reporters who had covered those defining moments of the Civil Rights Movement.

“They spoke and gave their stories,” says León. “I remember all my dreams when I was studying at their age. I believe in empathy and compassion. You have to put yourself in the heart and shoes of the characters. I’ve been trying to hear the syntax of the Little Rock students.”

One thing León has felt strongly about is the Little Rock Nine’s chorus. “I hope the members of the chorus will address diversity to show how much we have grown in compassion and empathy,” she says. The premiere of the opera (in concert form) will be at the high school around the end of 2018 or early 2019.

In January, it was announced that León was selected for a $50,000 United States Artists (USA) fellowship. In 2017, she was honored as one of Musical America’s 30 Professionals of the Year. Among other honors, she was awarded the New York Governor’s Lifetime Achievement Award, ASCAP Victor Herbert Award (2013), and was inducted into the American Academy of Arts and Letters in 2010. She has also received accolades from the National Endowment for the Arts, the Koussevitzky Music Foundation, and Meet the Composer, among others.

Even today, León retains her sense of wonder about the world, recalling the sequence of events that brought her to where she is today. She remembers her excitement about witnessing last year’s eclipse in Central Park. She still cannot understand, with the vastness of the universe, why people put so much emphasis on how we look and speak.

“We are riding on this vessel and there’s this universe we don’t even know about. It doesn’t make sense that we don’t respect each other,” she says.