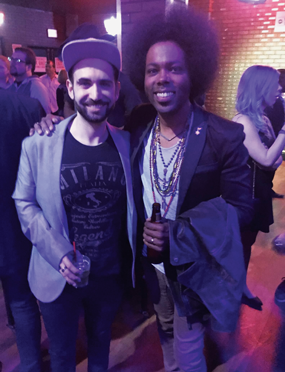 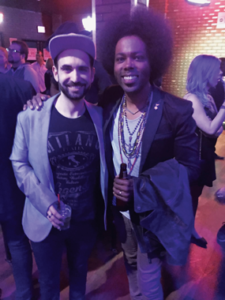 One thing that struck a chord was the diversity that defines Canada’s culture. The JUNO Awards were created to honour and promote Canadian Artists.

We attended a broad range of performances, from Local 180 (Ottawa, ON) members the Cancer Bats, to Local 247 (Victoria, BC) member Alex Cuba. The majority of the venues reached capacity, as they packed with fans in love with Canadian music of all genres. From performances of emerging artists to inducting legends like Local 190 (Winnipeg, MB) member Burton Cummings into Canada’s Music Hall of Fame, it was refreshing to see a vast number of AFM/CFM members taking part in JUNO Week. We were proud to celebrate the many members who took home a JUNO this year (a list of AFM/CFM JUNO Award winners with signatory recordings follows).

The live, televised award show, from Calgary’s Saddledome, was co-hosted by Local 547 (Calgary, AB) member, Jann Arden, and included performances by Local 149 (Toronto, ON) members Robi Botos and Allison Au, together with 80-year-old, first-time nominee Al Muirhead (of Local 547). He was supported by Tommy Banks of Local 390 (Edmonton, AB), Kodi Hutchinson (Local 547), and Mark Kelso (Local 149). They performed a memorable all-star jam at the awards gala the previous evening.

Muirhead passionately felt the support of the whole community, performing alongside his friend and musical partner Tommy Banks (Local 390) from the nominated album It’s About Time. Between these two gentlemen, there is more than 120 years of musical history, plus 60 years of friendship. After being a sideman for countless projects, Muirhead’s nomination for [Solo] Jazz Album of the Year, was very well deserved. His supporting cast is pictured above.

Calgary set the bar high during this year’s JUNOFest. Next year the nation’s capital, Ottawa, will be the host city. JUNO Week 2017 will be one of the major events in the city as it celebrates Canada’s 150th anniversary with a yearlong series of special events, exhibits, and immersive experiences.

AFM Member JUNO Award Winners whose albums were signatory to AFM Contracts include: