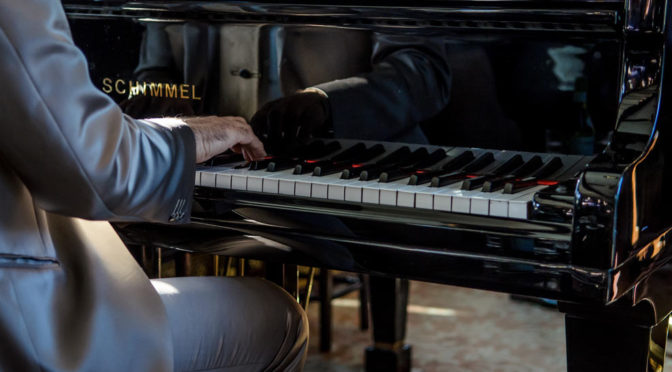 Recently I was introduced to a young man who makes his living as a professional musician but engages with today’s marketplace in a very different way than I did when I began my career. As a college student,  I remember wanting very much to join the union. It was a rite of passage. Becoming a union musician meant I was a true professional, and therefore, allowed me to take my place among the wonderful and talented musicians who made their living making music. I remember carting my bass to what was a rather pathetic excuse for a union hall (a smoke-filled room with a desk). Behind the desk was an elderly, rather rotund man with a raspy voice made so from all the cigars he’d smoked, one of which hung from his mouth. Blue-gray smoke wafted up towards the ceiling.

He greeted me with: “So kid, you want to join the union.”

I played the scale and he said, “Alright,  kid … you’re in. That’ll be $7 initiation fee and $14 first quarter dues.” As I pulled the cash out of my pocket he asked me my name for the first time. I spelled it for him as he filled out my first union card. With that, he shook my hand, saying, “See ya kid.” I left floating on air. I had arrived!

Today, it’s quite different. An entire underground music economy exists, inhabited mostly by Millennials and Generation Z. Gone are the days when union membership was a necessary rite of passage. Many young musicians perform mostly nonunion work for cash and have none of the benefits or protections of a union contract. That said, they do make a living from this work. They are not necessarily opposed to the union, but are for the most part unaware of the labor movement and the contributions unions have made to improving wages and working conditions.

What many young musicians do want is health insurance. While health plans are offered by some of our largest locals, contributions to the plans come from being on a union contract. So, if these musicians can be educated about the union and offered the opportunity to participate in a health plan, they may become interested in union membership.

As I learn more about this underground music economy, I will follow up by letting you know of any progress that is made working with tomorrow’s professionals.

The world has become a global marketplace. We now understand that what happens in the global marketplace affects the work of all professional symphonic musicians. Coming together to strategize, discuss common problems, and show support and solidarity for one another is an important function of the IOC. Look for additional coverage of the IOC in the July issue of the IM.