The California Supreme Court, in a unanimous ruling, upheld a law that aims to get labor contracts for farmworkers whose unions and employers cannot agree on wages and working conditions.

The law prevents the employers from stalling contract talk until the workers lose their enthusiasm to organize. Under the law, the California Agricultural Labor Relations Board can order mediation to achieve a contract and gives mediators the authority to set the terms of the agreement if there is a stalemate. Unions can seek mediation 90 days after demanding to bargain. 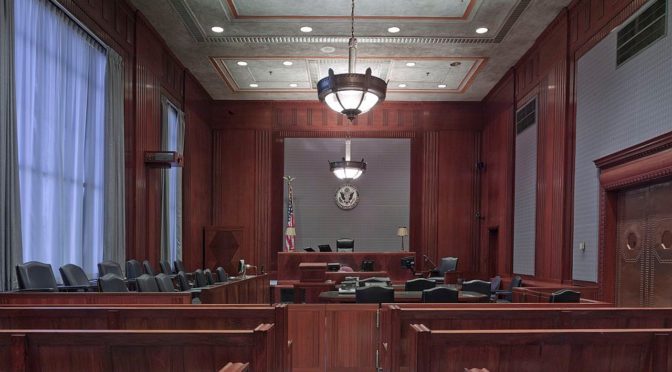 With the sudden death of Justice Antonin Scalia, I’m reminded of a time when I had the great pleasure of meeting and spending time with the late Justice many years ago. It was 1976, during the country’s bicentennial. I was involved with organizing an Italian Heritage Festival and we invited him to Clarksburg, West Virginia, to be honored as Italian American of the Year.

He was extremely engaging and wanted to know more about the people and the history of the area. Of course, I was happy to fill him in about different aspects of the region and its long history of coal mining. And in fact, Italian Americans were the largest ethnic group, first and second generation, to arrive when companies were recruiting men to work the deep mines of West Virginia. It’s a region so steeped in Italian culture that many small towns in the state are almost like towns and villages in Italy. It was also home to some the earliest and fiercest battles of US labor unions.

One of the rulings currently on the docket of the highest Court is Friedrichs v. California Teachers Association (CTA). (I discussed this case in-depth in my January 2016 IM column.) The case focuses on a lawsuit that seeks to destroy public-sector unions by attacking their funding model. Rebecca Friedrichs and nine other nonunion teachers in California are challenging the law that requires them to pay their dues, via agency fees, for the services the union is required by law, under collective bargaining agreements (CBAs), to provide all workers.

If the Court rules with the plaintiffs, some employees will be able to avoid paying their share of fees—fees that support negotiations for all workers. It would make unionization harder for everyone. In the end, nonpaying employees would receive all the benefits of a union negotiating on their behalf, without helping to cover the cost of the work involved. A Supreme Court ruling that goes against the unions could affect public safety standards across the US. First responders—the police force, fire fighters, and EMS technicians—will not be able to negotiate for life-saving equipment or for shorter response times. Many would be out of the union entirely. And at the heart of this case—our teachers—would lose their ability to negotiate for smaller class sizes and improved educational standards. It would devastate the union movement.

Now, with a vacancy on the bench, the Court’s ruling is a tie and the law reverts back to a past decision, in the lower circuit court, where the decision was originally in the union’s favor. Justice Scalia would undoubtedly have voted against the unions.

Justice Scalia’s death came suddenly and at a particularly tumultuous time politically. While contentious presidential candidates run amok, a mulish Congress digs its heels in even further, now vowing to block anyone President Obama nominates to fill the vacancy on the Supreme Court. If they thwart a nomination, it would hurt the Republican’s own cause. Even some of their front runners urge them to allow nomination.

Whether or not the president makes a nomination and that nomination is considered by Congress should not even be a question. The Constitution does not say “may” appoint a successor, it says the president “shall” appoint. The president would be derelict in his duty if he did not make the appointment. And Congress would be more derelict in its duty if it tried any chicanery to try to avoid it. They have a right to confirm or not, but the appointee needs to go to the committee.

As President Obama prepares to nominate a new Supreme Court justice to fill the vacancy left by Justice Antonin Scalia’s passing, Republicans have vowed to block the nomination—even though they are constitutionally obligated to vote on the President’s appointment.

AFL-CIO President Rich Trumka urges members to sign an online petition holding Senate Majority Leader Mitch McConnell and the Senate Republican leadership accountable to the people and allowing hearings to take place. Trumka says, “Senate Republicans are already planning obstruction. They say they will ignore the president’s nomination. Refuse to act on it.” In doing so, he says, the GOP is shirking their responsibilities. “This is an absolutely shameful, un-American position. And we cannot stand for it. I have one message for Senate Republicans: ‘Do your job.’ That’s what the American people who hired you expect you to do.”

The Court of Appeal sitting in British Columbia has allowed the appeal and sustained the arguments of AFM Local Counsel Bruce Laughton in objection to a lower court decision that had set aside the trusteeship of Local 145 (Vancouver, BC) and declared Article 15(6)(b) of the AFM’s bylaws unenforceable in the province. Vancouver Musicians’ Association Local 145 v. American Federation of Musicians, 2015 BCCA 171. The judgment, issued April 16, poses a substantial roadblock to employer operatives in the area who aimed to hijack the union and then divert its resources to their own purposes and objectives.

Local 145 was placed in trusteeship in May 2013 as a result of an unauthorized buyout agreement made between the then-officers of Local 145 and an electronic media employer, Vancouver Film Orchestra (VFO), in violation of Article 15(6)(b) of the bylaws. The employer, backed by the former Local 145 officers, petitioned the BC Supreme Court to give effect to the substandard agreement and set aside the trusteeship. The rationale for this position hinged upon the provincial Labour Relations Board’s reservation of jurisdiction to “trade unions” whose key collective bargaining decisions are made by people in the province, as opposed to a national or international organization. Failing to spot the fallacy, the Supreme Court held Article 15(b)(6) unenforceable in BC because of its “relegation of a member local to bargain outside the protection of the [BC] statutory scheme, without the status of a trade union,” allegedly in conflict with other AFM bylaws presumed to require affiliated locals to be “trade unions” within the meaning of provincial law. Vancouver Musicians’ Association (Canadian Federation of Musicians, Local 145) v. American Federation of Musicians, 2014 BCSC 1713.

In stark contrast, the BC Labour Relations Board already had determined that the VFO agreement was not a valid collective bargaining agreement and was of no force or effect. Vancouver Film Orchestra Inc., BCLRB No. B197/2013. This decision was based specifically upon the board’s conclusion that the impugned bylaw was indeed a binding and enforceable provision governing the affairs of Local 145. According to the board, even if Local 145 is not a “trade union” under the BC Labour Relations Code, such fact does not render AFM Bylaws inoperative, and Local 145 remains subject to contract law, common law, and all other requirements of public law.

The Court of Appeal reversed the Supreme Court upon finding, consistent with the Labour Relations Board, that there were no conflicts in the AFM Bylaws and that their interpretation and application created no difficulties. Moreover, it found that the employer could not have reasonably believed that Local 145 had authority to enter into the buyout agreement, and as such, the buyout agreement is void. In summarizing the rather convoluted lower court opinion, the appellate justice stated, “… the judge in this case was not uncovering the true intentions of the parties; rather, she was remaking the agreement in accordance with her own assessment of what the parties’ priorities ought to have been. Such an exercise is not permissible.” Thus, the AFM’s authority to regulate standards for electronic media work throughout North America has been vindicated in a decision of hefty precedential clout.

The matter of the trusteeship of Local 145 has been remitted back to the Supreme Court for further consideration consistent with the Court of Appeal’s ruling.