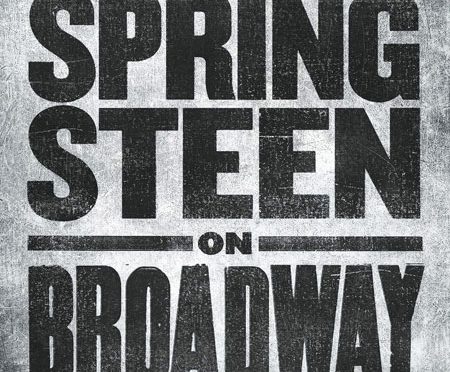 Based on his worldwide best-selling autobiography Born to Run, Springsteen on Broadway is a unique evening with Bruce, his guitar, a piano, and his very personal stories. On the soundtrack album, each of these stories appears as its own track, labeled as an “introduction” to the song it precedes. In addition, the show features a special appearance by Patti Scialfa of Local 802 (New York City), a member of the E Street Band and Springsteen’s wife.

Bruce Springsteen’s sold-out series of performances of his one-man show opened October 12, 2017. The show was extended three times after its initial eight-week run, and ran on Broadway at The Walter Kerr Theatre through December 15, 2018.

At the 155th performance of Springsteen on Broadway, the Boss, a member of Locals 399 (Asbury Park, NJ) and 47 (Los Angeles, CA) provided an unexpected encore performance of “This Hard Land.” Making reference to his wife, Patti Scialfa, a member of Local 802 (New York City), he said, “This is from Patti ’cause she wasn’t here tonight.” She normally appears onstage to perform “Tougher than the Rest.” Springsteen also encouraged the crowd to take photos, which is normally forbidden.