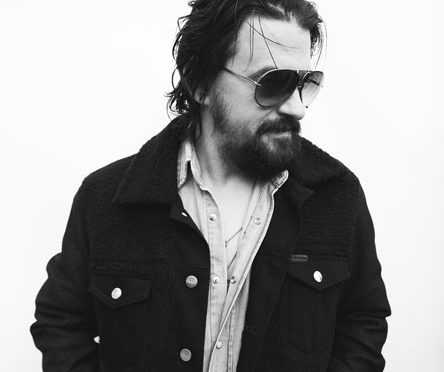 Shooter Jennings’ career is accentuated by shifts in style and retro flashbacks that eventually led to his latest album, Shooter. An homage to 1970s-1980s country music, he returns to work with Grammy-winning co-producer and Local 257 (Nashville, TN) member Dave Cobb who produced Jennings’ early albums.

Of the appropriately self-titled album, he says, “It just felt like, out of all of the records, it was the center, kind of the most simplistic version of the music I make—and it’s like turning a page.” From his start growing up in Nashville to seeking fame and fortune as a rock star in LA, he’s come full circle to the first music he ever heard.

Promos for the new album, like many of the Local 47 (Los Angeles, CA) member’s projects, are punctuated by references to pop culture from the 1980s. “Hey Shooter” variety show promo videos introduce songs with skits that mimic scenes from Hee Haw and close with a parody of the Freedom Rock commercials.

“I love embracing my childhood,” he says. “I love being an MTV kid, a He-Man kid, and a GI Joe kid; I love being a first-generation Nintendo kid. The culture of the late ’80s and early ’90s is just in my blood.”

Born in 1979 to country music legends Waylon Jennings and Jessi Colter, Shooter says, “I had great parents; my mom and dad were very close and I had a fun childhood. We traveled all the time.” He recalls spending time on the road with the families of The Highwaymen, legends Willie Nelson of Local 433 (Austin, TX), Kris Kristofferson of Local 257, and Johnny Cash.

“As I got older, it really became apparent how lucky I was, especially when I started my first band,” he says. “My parents never pushed me in that direction, but they were supportive of whatever I wanted to do. And as I get older, new reasons to feel fortunate pop up, even in raising my own kids.”

Having parents who were seasoned musicians also meant Jennings’ eyes were open to the possible pitfalls of the industry. As soon as he decided he wanted to pursue a career in music, Jennings joined Local 257 (Nashville, TN).

“I was very aware of the struggles [my father] went through and his journey with record labels and Nashville. He had overcome so much. When I was young, I remember him saying, ‘Have a lawyer, a manager, and an accountant and make sure they are not friends’ and other tidbits of knowledge. I was pretty hyper-aware of how it all worked, but I had to go through it myself to understand what he was saying.”

That journey began with Shooter leaving for LA at age 20. “You either went to New York or LA, if you wanted to play rock and roll back then. A lot of my favorite musicians were here—I was a big fan of Marilyn Manson, Nine Inch Nails, Guns N’ Roses, Rage Against the Machine, Tool, and Danzig,” he says.

“It seemed like there was something bigger, grander, and more wild in LA. Nashville felt very small to me and I wasn’t into country music,” he says. “I wanted to come out here, find a girlfriend, and play rock and roll; I had all these crazy dreams.”

“In retrospect, when I came out here, I was just like everybody else. I wasn’t Waylon’s kid because nobody really cared. I had to find my own way,” he says. “I remember my dad saying that he was worried. ‘You are a big fish in a little pond here in Nashville; you’re going to be a small fish in a big pond in LA,’ he said. And he was right, but it was exactly what I needed.”

In LA, Shooter launched the rock band Stargunn, and over the next three years built a loyal following. Local 47 member Tom Morello of Rage Against the Machine became a friend and mentor. “He started coming to our shows,” says Jennings.

“I remember talking to him when my band wanted me to fire our manager,” says Jennings. “I didn’t want to let the manager go because I loved the guy. The band thought we should get some superstar manager. Tom gave me an analogy: ‘Rock and roll is like a hotel and it kind of doesn’t matter what floor you are on.’ He said, ‘You just need to find people you can trust.’” Morello also helped Jennings with songwriting and arranging and produced the band’s early EPs.

In 2003, Stargunn broke up and Jennings embarked on a solo career. “There was a point in time where I couldn’t write anything and [at the time] I didn’t understand that it was because the environment wasn’t correct,” he says. “I had to continue to evolve and change and find my happy medium—somewhere in between rock and roll, songwriting, and country. I needed to be surrounded by people that could execute those ideas. Ever since then, I’ve never had writer’s block.”

In 2005, he released his debut solo album, Put the “O” Back in Country with Universal and its hit single “4th of July.” Electric Rodeo (2006) and The Wolf (2007) followed. The compilation Bad Magick: The Best of Shooter Jennings and the .357’s was Jennings’ last release before he left Universal.

He founded his own Black Country Rock Records label and released a drastically different project in 2010. The dystopian concept rock album Black Ribbons (2010) included dialogue and narration by writer Stephen King. The next two albums—Family Man (2012) and The Other Life (2013)—returned to a country sound. Countach (For Giorgio) (2016) was a nod to the 1980s film compositions and electronica of Giorgio Moroder.

A self-proclaimed studio nerd, Jennings has always greatly preferred production to stage. “I was attracted to the studio from a very young age. I loved going in when my dad was recording,” he says. “I love to sit in my room and make stuff and work with people in the studio. That’s where I really light up.”

“The concept of performing in front of people gave me massive anxiety and still does to this day. Being on the road is like creating a painting and then you make 50 other copies of it. It’s not exactly the most inspiring thing to do,” he says. “But, I enjoy it and I’ve been doing it a long time and there are great, fun, experimental moments. I understand that it makes fans happy and I dig that part of it.”

Given his attraction to the studio, it’s not surprising that Jennings has developed a very successful parallel career as a producer. He teamed up with old friend Dave Cobb to produce Brandi Carlile’s 2018 release By the Way, I Forgive You, which was nominated for six Grammys this year.

It was after working together on Carlile’s album that Jennings decided to make Shooter with Cobb. “We really learned how to do this together back in the day. He’s the kind of old friend where I might not see him for a long time, but then we get in a room together and it’s like no time has passed—and that’s how we are musically as well. We had a great time making this record,” says Jennings.

He marvels at the advances in recording that have made the process so much simpler. “I’m somebody who loves to work with older gear in the studio, but nowadays you can zoom through so many tasks. Protools even has a plug-in that rides the vocals for you,” he says. “It’s wild what you can do with just a laptop.”

New technology also makes it simpler to put people at ease in the studio, reminding artists they can redo it 100 times if necessary. Adding vocals is sometimes the most nerve-wracking part, he says. “I prefer to do all the vocals later, or I’ll even send them home to cut vocals on their own time. I remind them that they have time to take it slow, but not to over-think it. When you settle on it, commit to it, and move on.”

“I’ve got a bunch of records that I’m producing for 2019. A Duff McKagan [Guns N’ Roses] record that we’ve worked on all year is going to come out. It’s an awesome record and totally not what people expect from him,” says Jennings who is also working with Carlile to produce a new Tanya Tucker album.

Whether he is creating his next album or producing another artist’s release, it is clear that Shooter Jennings is heavily influenced by his happy upbringing as the son of two country music icons.