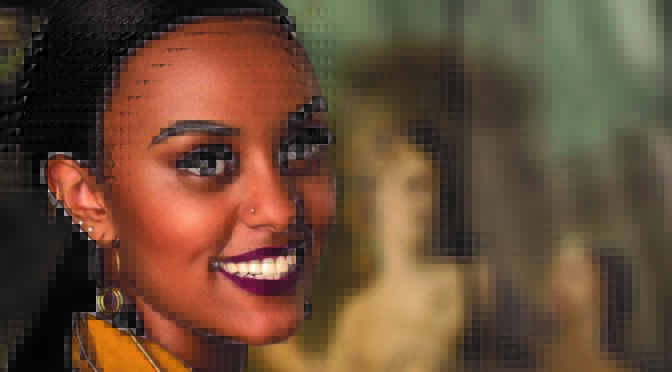 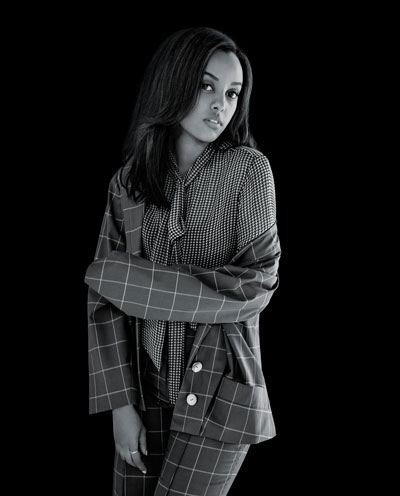 The story of Local 390 (Edmonton, AB) member Ruth B.’s success reads like a fairy tale, and fittingly, her first hit was inspired by one.

At just 23, Ruth Berhe, who goes by Ruth B., still seems stunned by her own sudden success. A talented vocalist and pianist with a longtime passion for music, she was planning to become a lawyer when music took over her life.

Ruth B. was in the habit of posting six-second videos of herself singing cover tunes on the now defunct site Vine. It was an easy way for the shy Edmonton student and part-time retail worker to express herself musically and somewhat anonymously. That all changed in November 2014 when she sang into her phone: “I am a lost boy from Neverland, usually hanging out with Peter Pan.” The lyric garnered more then 84,000 likes, with many of the listeners asking to hear the rest of the song. That posed a dilemma for the then-20-year-old who had only written that one line.

“I’d written a lot of poetry and short stories growing up, but I had never put music and writing together. I didn’t think anyone would listen if I wrote songs,” she says.

Inspired by her fans, Ruth B. set to work writing. Snippet by snippet, she finished the song, which became “Lost Boy.”

“I put ‘Lost Boy’ on YouTube by myself and I remember one of the very first comments was someone saying, ‘I’m so excited for this; I really needed to hear this.’ It clicked that something I had written and created could impact someone else. At that point I thought I could do this [as a career],” she explains.

“When I wrote ‘Lost Boy’ it was like a switch had been flipped and I literally couldn’t stop writing,” she says. “Two weeks after ‘Lost Boy,’ I wrote the next song, and then for a whole week, I wrote a song every single day. It became my favorite thing to do.”

Record labels also took notice of her social media success and angelic voice. In July 2015 she was signed to Columbia Records and shortly after released her first LP, The Intro, comprising “Lost Boy” and three other original songs.

Soon after she decided to make music her career, she joined AFM Local 390 in (Edmonton, AB). She felt the organization would support her as she became cognizant of the complexity of the industry and all the effort it takes to be successful.

“I didn’t know how many different components were involved—labels, radio, management, writers, producers, engineers. If you had asked me three years ago, I just thought it was artists making music,” she says. “When you see all the incredible artists that you look up to, and you hear their amazing songs, you forget about how hard they, and everyone on their team, have to work to get there. It’s not the glamour that media portrays; it’s a lot of hard work and hours.”

In February 2016, Ruth B. was invited to perform “Lost Boy” on the Today show—a big moment for the young performer. That fall, she embarked on her first major tour opening for fellow Canadian Alessia Cara, a member of Local 149 (Toronto, ON).

Ruth B. says it was challenging to transfer her talents to a stage. “It’s one thing to make music in my room and a completely different thing to be an artist and a performer,” she says. “Music can be such an internal thing, especially if you are an introvert. Putting it in front of people was hard.”

“Like anything, it’s about practice. The more comfortable you become, the more enjoyable it becomes. At this time two years ago, it caused me anxiety to know I had a show the next day. Now, it makes me super excited and I love it,” she says.

The year 2017 brought even bigger things for Ruth B. Her first full-length album, Safe Haven, launched in May, plus she was selected as Breakthrough Artist of the Year at the 2017 Juno Awards. At the Canadian Radio Music Awards she was selected as both Best New Group or Solo Artist: Hot AC (adult contemporary) and Best New Group or Solo Artist: CHR (contemporary hit radio). 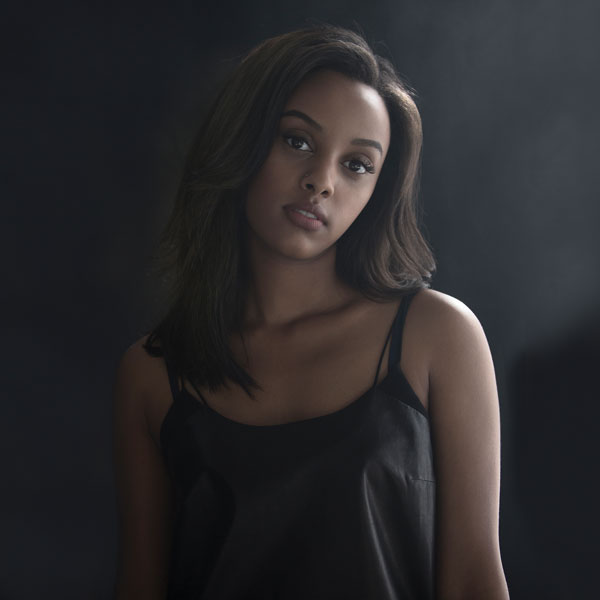 “The best part of releasing an album is seeing people react to a full body of work you’ve made,” she says. “It’s unlike anything I’ve experienced. The songs really come from my heart. When someone tweets me about the album, it hits me like nothing else can. The album has made me fall in love with the process of making music that affects people.”

The title track on Safe Haven is a reflection of the closeness she feels with her family. She’d finished recording most of the album and was on a family trip to Ethiopia, where her parents were born. Visits with her ailing grandfather inspired this tune. “Especially when he was with my mom (his daughter), he looked so happy. I wrote the line, ‘when I’m with you, I stop looking for heaven because I found a piece of it wrapped up in your presence.’ I felt super safe there with my family,” she says.

“I thought the [title] song captured the 12 songs perfectly. They had become my safe haven in the madness of those past two years. They made me feel like nothing had changed,” she says.

That summer she headlined a tour for the first time. “When I first started I was terrified. This was my own show and it was an hour-and-a-half set. Though I was nervous and scared, that tour helped me fall in love with performing. People came to see me and hear my songs. I saw the faces in the audience and met people after the show,” she says. “When you see numbers on social media, though you are grateful, it doesn’t seem real because you don’t connect.”

The first part of the three-leg tour included a show in Edmonton. “That was a huge highlight,” she says. “It was cool singing songs in front of the people who inspired them.”

Throughout the whirlwind of her success, Ruth B. has remained true to herself—a family-oriented musician from the quiet city of Edmonton. “You can stay grounded no matter where you go, that’s just a choice,” she says. “I am interested in remaining myself and writing about stuff that’s important to me.”

“I never want to write a song because it’s catchy and I know people will like it. I think that’s an easy option. I want to know that someone out there is going to get it and it will mean something to them. It could be how I feel about the world, politics, humanity. If someone asks me about it, I can back it up,” she says.

Reflecting on her career so far, Ruth B. recalls one indelible performance at the SOCAN Awards Show when she sang Bryan Adams’ “Heaven” with Adams in the audience. “Especially if you are from Canada, he’s a hero. I got to meet him and he was sweet and nice,” she says.

While Ruth B. takes the summer off from touring, her focus is on improving her songwriting and putting out more music. “Anyone who knows me knows how important writing is to me. I’m working at becoming a better writer and developing an even stronger connection with the people who listen to my music,” she says.