The current moment is extraordinary. The sounds of many American orchestras are stilled by the pandemic while the country’s institutions are being held accountable for racist practices. This moment provides us with the opportunity to reflect on some important questions: If we live in a structurally racist society, what are the ways orchestras uphold it? Can orchestras be anti-racist? If so, how?

Throughout the course, participants will analyze and critically reflect on the aesthetic and civic frameworks surrounding orchestras, how those frameworks intersect with race and racism, and how to recognize musicians’ roles as agents of change or stasis inside America’s professional orchestras.

“The Juilliard School’s Evening Division supports the community of professional musicians who want to advance their orchestras and the art form itself,” said John-Morgan Bush, Juilliard’s director of lifelong learning.

Due to a limited class size of 25, this course requires an application to be submitted and approved before registering. The deadline to apply is September 15. The course costs $250 for 10 hours of instruction. Musicians can apply individually or can seek professional development support from their orchestra to attend. To apply visit www.juilliard.edu/adultclasses. Questions? Email evening@juilliard.edu. 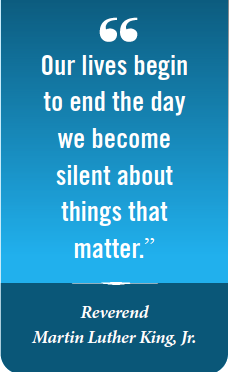 The unconscionable displays of racism in America during the past weeks and months have prompted millions of people around the world to take to the streets in protest over the inhuman, intolerable cruelty that black Americans have endured from this nation’s system of criminal justice. The protests have come against the background of the global coronavirus pandemic, governmental economic shutdowns, and Depression-era levels of unemployment, all of which have adversely and disproportionately affected people of color. Black Lives Matter. Every life matters. We will not sit on the sidelines and be silent. We add our voice to the growing worldwide chorus against racism in all forms. Enough is enough.

The American Federation of Musicians of the United States and Canada condemns, in the strongest terms, the police killings of George Floyd in Minneapolis, Breonna Taylor and David McAtee in Louisville, Tony McDade in Tallahassee, and all of the other murders of black people by law enforcement personnel, lynch mobs, and vigilante groups in recent weeks, months, and years, and throughout the history of this nation. The AFM also condemns police brutality and acts of violence against all persons, of every age, race, creed, and color, of every gender, of every nationality and religion. The existence of racism, racial attitudes and bias, bigotry, and bullying are intolerable in our communities, in our union, in any other union (including police unions), and in any workplace. We oppose racial discrimination of every kind, in every place, and we decry the hatred that motivates it.

The senseless murder of George Floyd and its aftermath has illuminated deep rifts in American society and its culture of racism. I join those who are aggrieved and angered that America’s law enforcement and political systems have not rooted out racism. To do that, those in political power will need to squarely address the underlying issues that enable it.

For me, this round of intense activism is different. Watching the world erupt in protest transported me right back to my childhood in Meridian, Mississippi, where I grew up and became a young, working musician, gigging throughout the deep south in the 1960s during the most pivotal era of this nation’s civil rights movement. I remembered it all like it was yesterday. The grief and anger burned in me then. Because racism also affected me as a musician, the events of yesterday and the need to speak out against injustice led me to the AFM and union activism, where collective voices can make a difference.

Where I grew up, racism was more than institutional or systemic. It was a culture that harkened back to the Civil War. Criticism of the status quo was not tolerated, and was met with bullying and violence.

Mississippi in the 1960s still carried on its books a variety of Jim Crow laws, enacted between 1871 and 1965, which originated from the black codes passed immediately after the civil war to mandate and enforce segregation. What follows is a Mississippi Jim Crow statute applicable to the entertainment business:

“Every person … operating … any public hall, theater, opera house, motion picture show or any place of public entertainment or public assemblage which is attended by both white and colored persons, shall separate the white race and the colored race and shall set apart and designate … certain seats therein to be occupied by white persons and a portion thereof, or certain seats therein, to be occupied by colored persons.”

Mississippi Governor Ross Barnett, a staunch segregationist who ran the state from 1960 to 1964, linked segregation to the Bible. A Baptist Sunday school teacher, he declared, “The Good Lord was the original segregationist. He made us white because He wanted us white and intended we should stay that way.”

As I witnessed the George Floyd protest movement take hold around the world, I could feel the racism, the hatred, and the police brutality of a half-century ago. I flashed back to the racially motivated assassinations and violence that swirled around us during that time:

During those days, our family would gather around the television set and watch the CBS Evening News with Walter Cronkite. Seeing network news reports on the racial violence that was unfolding around us was a shock, not only for us, but for people everywhere. Then, as social media and cable news are doing today, the airing of film footage of civil rights protests, and the terrible images of police brutality on television helped propel the 1960s civil rights movement forward.

Seeing the struggle on TV changed behavior. Public perception shifted. No longer could racist politicians and their local and state law enforcement officers intimidate the public and keep black people in their place by killing and maiming demonstrators in broad daylight without accountability. TV coverage of Birmingham Police Commissioner Bull Connor’s tactics during that city’s 1963 protests, which included the use of fire hoses and police attack dogs against rights activists and child protesters, horrified the nation and promoted passage of the 1964 Civil Rights Act.

Today, social media is the force multiplier in renewing awareness about racism and racial policing. Nearly everybody on the planet now carries a cellphone video camera in their pocket. They showed us the final horrible moments of George Floyd and Eric Garner (NYPD, July 17, 2014) as police snuffed out their lives. Eric Garner repeated 11 times that he couldn’t breathe. The digital distribution of these and other disturbing videos of police brutality have had a demonstrable impact upon public conscience and the trend toward public activism.

Another result is the rise of an urgent national priority toward police reform. The introduction of bipartisan police reform bills are expected in both houses of Congress. Our congressional champion on current performance rights legislation—the AM-FM Act—Jerry Nadler (D-NY), who also serves as House Judiciary Committee co-chair, said, “There is real pressure [for police reform] from the American people. There must be real change. Anyone who gets in the way will be bowled over.”

George Floyd’s death and the ongoing series of protests that have spread around the world as part of the Black Lives Matter movement are certainly about ending police brutality and the culture of racism that still exists in America, a century and a half after the US civil war. But the issues are much larger than racial policing and the dark depths of prejudice and racism, which is a virus as deadly as the COVID-19 infections that stalk us.

I ask you to please go to https://web.cn.edu/kwheeler/documents/Letter_Birmingham_Jail.pdf and read Reverend Martin Luther King’s “Letter from the Birmingham Jail,” written in August 1963. I re-read it when the protests broke out. It is as timely today as it was 57 years ago.

In his letter, Dr. King discusses, among many other things, the commendations by area clergy toward police for keeping “order” and “preventing violence” during the 1963 Birmingham demonstrations against injustice. “I don’t believe you would have so warmly commended the police force if you had seen its angry, violent dogs literally biting six unarmed, nonviolent Negroes,” he said. Did imposing law and order result in justice? Not in Dr. King’s book. His point is obvious. The unjust use of law and order to preserve an unjust system is, itself, unjust. Please remember this when you hear the politicians’ clarion call for law and order.

I’ve heard people ask, What is the union doing about this? I say: a lot. Take a good hard look at how our employers, the managers and the media companies, treat us. Injustice is not just racial. It’s also about economic injustice and the selfish politicians who play both sides to perpetuate it. Slavery didn’t altogether disappear 150 years ago. It morphed into employer exploitation. Like the rich film and TV companies that want to eliminate residuals and cut our pay. Like the Kennedy Center honchos who grabbed $25 million in pandemic assistance from Congress then fired the orchestra hours afterward. Yes, we can make speeches and issue statements as symbolic gestures, but if we stand up together against those who oppress us, we can make a difference.

What can you do? You can get involved. As events unfold, look underneath the surface and try to see the underlying causes. Dig deep into local, state, and federal political candidates and find out what they plan to do about racial and economic injustice in America. Resist the status quo, and keep resisting, even if it makes the police unions furious. As Dr. King taught us, don’t be silent about things that matter. Vote for justice. And don’t go vote and go back to sleep. Stay on them about police, pension, and performance rights reform and anything else that matters. And above all else, please care about your brothers and sisters.