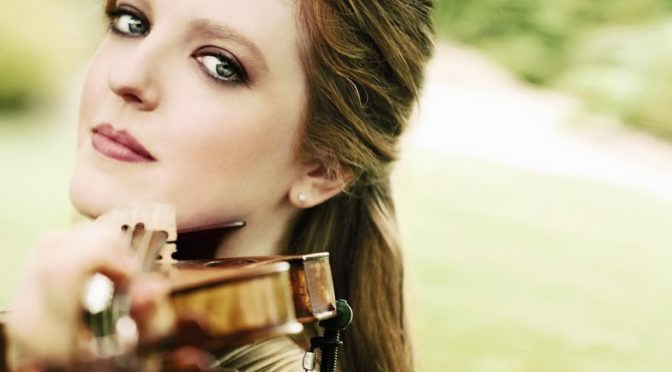 The largest homeless shelter in Washington D.C. the D.C. Community for Creative Non Violence, which feeds over a thousand homeless people, experienced a world renowned guest – professional violinist Rachel Barton Pine of Local 10-208 (Chicago, IL). She has played around the world and is internationally known, but she decided to play for only a dozen people this time.

Pine says she was not so different from those in the shelter. “We were always getting our electricity and phone cut off, and were one missed payment from losing the roof over our heads.” She goes on to say, “My father had left the family by that point and, sure enough, he became homeless.”

Pine says it was a shelter like the Community for Creative Non Violence that helped her father get back on his feet. It’s an inspirational story that Pine wanted to share, and a story that many people took to heart.

Kenneth Price, a man staying at the shelter, said, “Her story is almost like mine. Her father was homeless, me, my girlfriend passed away, then that’s how I got homeless.”

David Basnight, another resident of the shelter, was also inspired. “It gives me the motivation when I leave here today to go try to get me an apartment or something because if she did what she did and got as far as she got, I know I can do the same thing.”

It goes without saying what Pine has done is more than simply play a few songs. She has inspired and motivated, all while staying extremely humble.

“Music is coming from a higher power and I’m a conduit for that.”