According to Article 9, Section 16, of the AFM Bylaws, the rebate is only available to members who held simultaneous memberships in three or more locals for the full calendar year. No rebates are available to members who held membership in fewer than three locals. The rebate will only be given for membership in the third local (and each additional local above three, if any). Members will not be given rebates for dual membership.

Under the rebate program, membership in a base of two locals must be established in order for a member to qualify for a rebate. The AFM Secretary-Treasurer’s Office has determined that a musician’s membership in his or her “home local” and the subsequent local of longest tenure shall be designated as the two base locals. The Secretary-Treasurer’s Office will then rebate the appropriate per capita dues for membership in the third local and any other local(s) beyond three to which a member belonged for the entire 2019 calendar year. The amount rebated will be determined by the amount of per capita dues the member paid for AFM membership in a third local and any other locals beyond three.

To petition for a Multi-Card Member Rebate, members should fill out the form below and return it to the AFM Secretary-Treasurer’s Office together with copies of all their paid-up 2019 membership cards, receipts of cancelled checks for annual dues from all locals, OR a letter from each local stating that the petitioner was a member in good standing of the local for all of 2019.

No rebates will be issued until the AFM Secretary-Treasurer’s Office verifies that petitioning members held continuous membership in three or more locals for the full prior year of 2019.

Under the terms of Article 9, Section 16, of AFM Bylaws, I am hereby requesting a rebate of 2019 per capita dues paid to the Federation.

I belonged to the following locals for the entire 2019 calendar year:

Please include with this petition copies of all paid-up 2019 membership cards, receipts of cancelled checks for annual dues from all locals, or a letter from each local stating that you were a member in good standing of the local for all of 2019. Allow six to eight weeks to process your rebate. 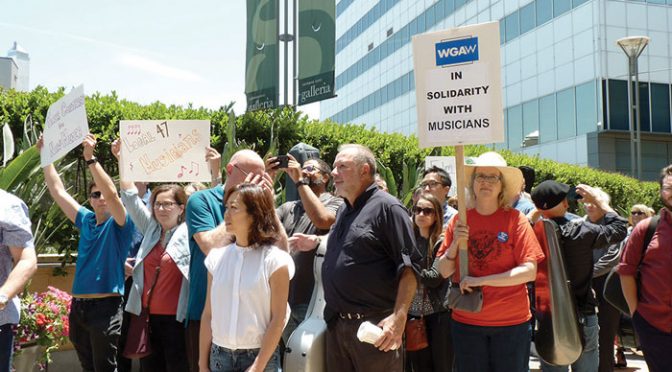 On June 27, more than 100 professional musicians who work in film and television held a press conference and delivered stacks of petition signatures to the entertainment industry’s major producers demanding a fair contract, including residuals, for new media.

Musicians marched to the front doors of the Alliance of Motion Picture and Television Producers to hand-deliver hundreds of petitions signed by musicians who work in the industry, where studio representatives denied them entrance. “They are in this building and they are willing to deny us behind closed doors, but they will not do it in the open,” said musician and organizing committee member Jason Poss. “They will receive these petitions, even though they don’t want to receive them today. This is a victory. We have shown what is going on and they cannot hide from us any longer. This is just the beginning.”

The ability of musicians to earn a living wage in the film industry is in jeopardy with the transition to digital consumption. Studios have agreed to pay residuals for actors, writers, directors, and others when films and television shows are made for streaming, but management insists on excluding musicians by denying them standard wage scales for new media projects and refusing to pay new media residuals.

“We are calling on film and television producers to protect the livelihoods of musicians by fairly compensating us for our work,” Poss said. “All we ask is to be held to the same standards as other entertainment industry professionals.”

The rally and press conference included musicians, a live brass quintet, and allies from United Teachers Los Angeles, Writers Guild of America West, and SAG-AFTRA. “Many of Los Angeles’s teachers are also professional musicians, and almost every musician is a teacher for someone,” said Juan Ramirez, vice president of UTLA. “United Teachers Los Angeles stands together with the professional musicians in demanding that musicians working on streaming and new media projects receive fair pay and residuals.”

“We writers know that music is a crucial element in bringing our stories to life,” said Angelina Burnett, television writer/producer and board member of WGA West. “Musicians make invaluable contributions to our film and television projects, whether they’re made for traditional outlets or streaming services. The Writers Guild of America West stands together with musicians to demand fair pay and respect for their work.”

“All 160,000 members of SAG-AFTRA stand united with you for good pay and fair working conditions,” said Jane Austin, SAG-AFTRA national secretary-treasurer and president of their Los Angeles chapter. “It’s not new media; it’s now media. And it’s time that they start paying. We’re all artists and performers, and it doesn’t matter if we’re in front of the camera, behind the mic or playing an instrument. We all deserve fair compensation regardless of what platform on which our work is being displayed.”

American Federation of Musicians members from Los Angeles to Nashville to New York continue to strengthen a national member-led campaign as they approach the next round of negotiations scheduled for November.

At the Federal Communications Commission meeting being held on December 14th, FCC Chair Ajit Pai is expected to seek the repeal of almost all of the agency’s net neutrality regulations.

Current net neutrality regulations ensure that all web traffic is treated equally, effectively preventing Internet providers like Comcast, AT&T, and Verizon from blocking or throttling traffic. Public interest groups and Democratic lawmakers are sounding the alarm. Fight for Future is planning a protest at Verizon stores on December 7.

Predatory “payday” and “car title” lenders take advantage of people in desperate situations. They currently face little regulation and get away with charging interest rates of more than 300% on loans. The Consumer Financial Protection Bureau (CFPB) has proposed a rule that, if done right, will stop these predatory lending practices and reign in these loan sharks. But it needs to hear from us because the lobbyists for the payday industry have spent more than $25 million and are working overtime to stop this rule. The AFL-CIO has joined in the Stop the Debt Trap to make sure strong rules are passed.

Please send your own comment to the CFPB before October 7 to ask them to protect consumers from predatory payday lenders. 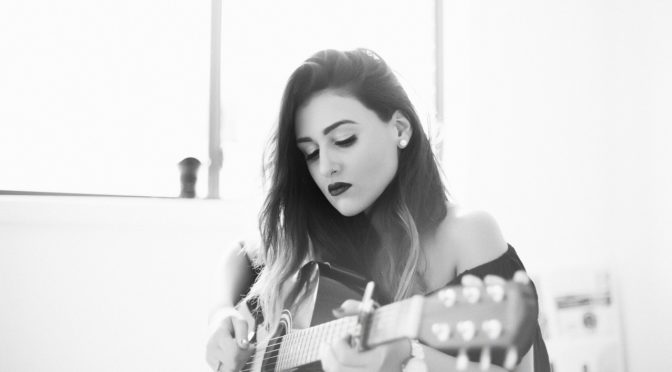 While it may be an exaggeration to suggest that the whole world was watching this case, to be sure, many friends and foes of the labor movement were indeed watching. Our friends were hoping for a positive outcome for the Lancaster Symphony musicians because this case provides an opportunity for other musicians, and potentially other workers with similar circumstances, to finally cast off the yoke of misclassification.

Musicians classified as employees are allowed to join a union and bargain collectively. Wages, working conditions, job security, grievance and arbitration, pension, health insurance, vacation, and leaves of absence are all “mandatory subjects of bargaining” between an employer and the union representing its employees. When workers are classified as employees rather than independent contractors, their employer is also obligated to pay its fair share of Social Security and other statutory employment taxes, rather than shifting the entire burden onto the musicians. And employees, but not independent contractors, are entitled to protection under state workers’ compensation and unemployment compensation laws.

The life of a symphonic musician tends to be challenging enough without being misclassified as an independent contractor. Anyone performing in an orchestra knows how preposterous it is to suggest they are anything but an employee. The employer hires and fires, tells musicians where to be and when to be there, what to wear, when they can leave the stage, and yes, even how musicians are to sit and act.

As the court pointed out, musicians “must not cross their legs, talk, or practice while the conductor is on the podium, or interfere with the concentration of other musicians.” And, in a description that surely strikes a chord with every symphonic musician, the court observed: “the Lancaster Orchestra’s conductor exercises virtually dictatorial authority over the manner in which the musicians play.”

Now, with union representation, the Lancaster Symphony musicians will for the first time have a meaningful voice to engage in dialogue with their employer about their wages, benefits, and working conditions. And as negotiations for a first collective bargaining agreement finally begin, the whole world—or at least the world of symphony orchestra musicians—will still be watching what unfolds in Lancaster.

Early on, the significance of this case and the far-reaching ramifications of the outcome were not lost on the AFM, which has been fully supportive of the Greater Lancaster Federation of Musicians, Local 294, and the musicians of the Lancaster Symphony. AFM General Counsel Jeff Freund and Trish Polach of Bredhoff & Kaiser in Washington, DC, ably represented the interests of Local 294 as intervenors, working closely with the NLRB to vindicate the rights of the musicians. They deserve our thanks and recognition for their great work on this case.

But at the end of the day, the musicians of the Lancaster Symphony Orchestra are deserving of the highest praise, for they are the ones who had the courage to stand up for themselves by organizing and voting for union representation.