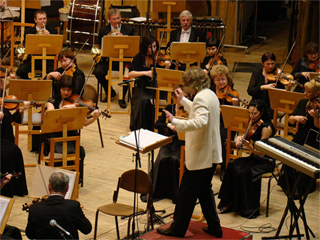 Employees who work under the terms of a collective bargaining agreement (CBA) are represented by a labor union that was authorized by the first employees who worked under the original agreement. When the union was established, the membership elected officers to handle the negotiation, enforcement, and administration of the agreement. Other union responsibilities and procedures are prescribed by either law or internal bylaw. The musicians who perform in orchestras elect orchestra committees and ancillary committees to assist the union in the negotiation, enforcement, and administration of the agreement.

This structure, while common in our union, is somewhat unique to the labor movement. Over time, symphonic bargaining units have assumed, through their various committees, a prominent role in the day-to-day governance of the agreements. A consequence of this expanded role should not be to disregard, ignore, or place the union in a subordinate role. The union, as the certified bargaining agent, has the legal responsibility to oversee the performance of the agreement as well as the liability for the action of its agents. It’s important to have an effective working relationship between a rank-and-file committee and the union in order to provide strength through communication and unity. The union is the pivot for members who may not work in the bargaining unit. It has important relationships in the greater community that, when properly networked, can make the difference by providing outside influence during times of hard bargaining.

Orchestra committees who seek the authority to administer the agreement must also acknowledge the responsibility and liability for decisions made under their watch. There is no hiding, denying, or abstaining from the same duty of fair representation that is expected from the union. Symphony orchestra committees are not your fathers’ civic or fraternal organizations, where you serve your time or complete your project and all is well. Representing the business interests of your colleagues and their families is a huge responsibility.

In all matters relating to the agreement, the committee must measure when and what to report to the membership. It is responsible for handling day-to-day business, including variances, and processing and investigating grievances in a timely and thorough manner. Committees must also bring experience to the bargaining table. They are responsible, by their recommendation, for directing the unit to accept or reject tentative agreements or final offers. Committee members don’t have the luxury to pick and choose the grievances that they want to handle nor to limit themselves to decisions that won’t cause confrontation. Conversely, the rank and file is well-advised to listen to the debate respectfully and to not attack a committee they have elected when it is serving in their best interest.