A swap deal between Postmedia and TorStar will see 36 newspapers shuttered—all but two of them in Ontario. The two organizations are swapping a total of 41 daily and weekly newspapers. Postmedia will close 23 of the 24 publications it takes over, putting 244 people out of work by mid-January. TorStar will immediately shut down 13 of the 17 newspapers it acquired from Postmedia and lay off 46 staff.

Communication Workers of America (CWA) Canada President Martin O’Hanlon called it a “dark day for local journalism” and said it is a “deathblow to local newspaper competition in many communities.” O’Hanlon added, “it’s bad for local journalism and bad for municipal democracy.”

CWA Canada represents workers at the Peterborough Examiner, which will continue to operate under TorStar, and at Northumberland Today, one of three dailies that will shut down immediately. With the exception of Exeter Times-Advocate/Weekender, Postmedia plans to close all of the community newspapers it acquired. Of the 17 newspapers acquired by TorStar, only four dailies will survive.

CarePartners workers, members of The Ontario Public Service Employers Union (OPSEU/NUPGE) in Canada, have been on strike for four months trying to negotiate a new pay structure and improved sick time and health and safety provisions. Previously, home care was provided by salaried employees who worked for nonprofit organizations. Then, the 100% taxpayer-funded Community Care Access Centres (CCAC) put home care out to competitive bidding from for-profit companies. The cheapest bid won, and the winners drove down their costs by suppressing wages and benefits. Regional CCAC nurses are now paid per visit, not per hour, and many of them are no longer earning even minimum wage. They also have no sick days or compensation for overtime. Meanwhile, the owners of CarePartners set themselves up with high salaries and fancy offices.

The result, according to OPSEU President Warren Thomas, is “patients are receiving poorer care and healthcare professionals are seeing good jobs destroyed. In a statement released last week, Thomas called on the provincial government to take action. “Using taxpayer dollars to prolong legal work stoppages is not only a waste of money but belies any claim that this Liberal government is progressive towards the needs of our most fragile citizens and our skilled healthcare workers, the vast majority of whom are women,” he says. 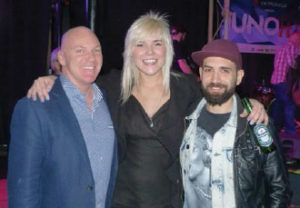 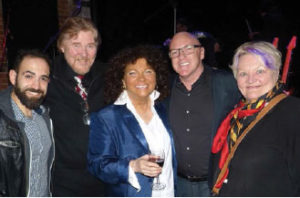