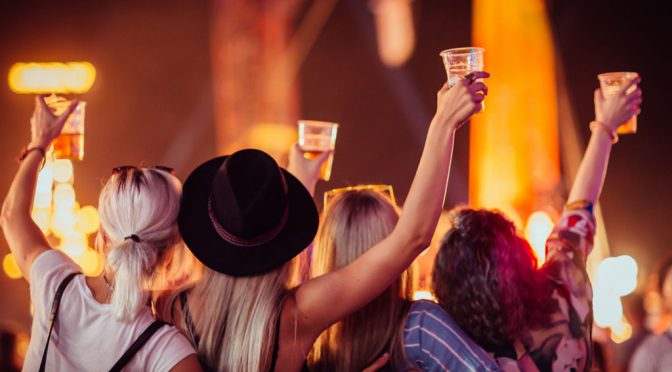 Negotiations are underway once again for the 2020 festival year, and there are details that members need to be aware of. Please take the time to read through this list, and, if in doubt, call your local for the latest information.

Our agreement with the Canadian Academy of Recording Arts and Sciences expired after the last event, and we have since negotiated
a new deal covering the next three years. Juno week is comprised of two parts: Junofest and the awards show. Each is covered by a separate CFM contract. Junofest contains fees and pension for performances during the week leading up to the awards, and the Juno telecast is done under a letter of adherence to the CFM General Production Agreement. This year, the Junos are in Saskatoon, and all indications are that it will be a tremendous success.

The CCMA agreement also must be renegotiated, and bargaining was scheduled for February 28 in Toronto. Historically, the association has treated our members very well, and I do not anticipate any variation from that trend. The week prior to the show is also covered by a separate agreement from that of the broadcast, which is also done under the General Production Agreement. The live performances have fees and pension, as does the broadcast. This year’s event is back in Hamilton, Ontario.

The three-year deal with the ECMA is also up for renewal, and we have just returned from Halifax where we were successful in negotiating a tentative deal. Pending approval by the East Coast Music Association’s board, we will have another multi-year deal which includes fees and pension for the live performances as well as for the live-streamed award show. The ECMA’s move to a different Atlantic Province each year, with the 2020 event scheduled for St. John’s, Newfoundland.

The Federation has been without a deal with the Western Canadian Music Association for the past three years, since the entity took the position that the venues “showcasing” live musicians as part of their event “are not gigs, but networking opportunities.” As expected, the CFM begs to differ. If musicians are on stage performing for the public, where liquor and food are served, it’s a gig. The Federation tried to negotiate a deal at the time but was unsuccessful as the WCMA were quite married to their new model.

Two years ago, along with the Alberta Federation of Labour, members from Edmonton, Calgary, and a healthy contingent from the Edmonton Symphony Orchestra staged an impressive rally in front of the host hotel, which generated a significant amount of media attention. We were unable to follow up with a similar demonstration last year, since the event took place in Whitehorse, Yukon. In 2020, the festival is scheduled to be in Winnipeg, which is the location of the WMCA offices. It’s also a place where there are 600 AFM members to draw from, should we not get a deal and initiate informational pickets.

The Federation has made a preliminary outreach to the WCMA, with a view to resuming negotiations for a fair contract. To date, there has been no response. While we have every intention of continuing our efforts, at this time, the BreakOut West Festival remains on the Unfair List, and we must therefore insist that our members DO NOT ACCEPT ANY ENGAGEMENT FROM BREAKOUT WEST. We will keep you updated on any changes, as necessary.

Except for BreakOut West, enjoy the festival season and we hope that your paid performances provide a useful vehicle to international connections and profitable work abroad. 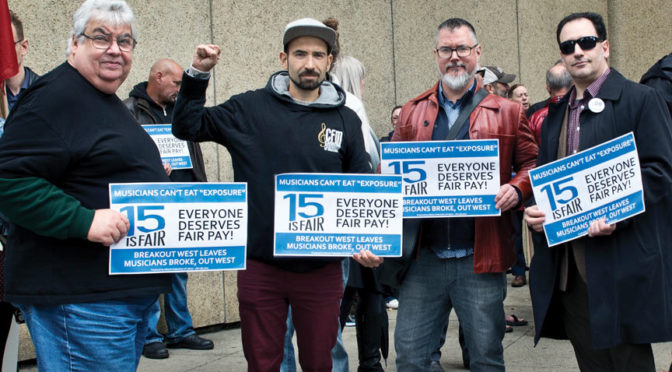 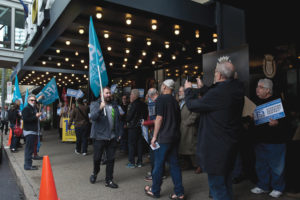 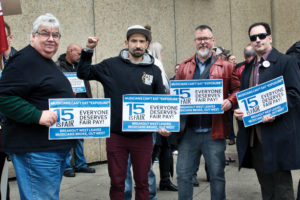