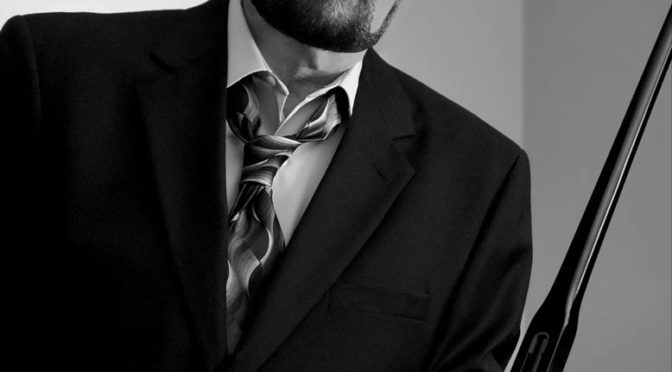 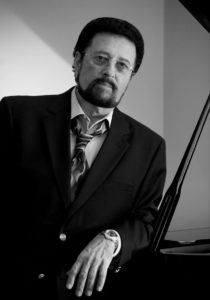 Pianist Mike Renzi of Local 802 (New York City) was just 12 years old when he joined the AFM and began his professional career.

Pianist, arranger, and musical director Mike Renzi of Local 198-457 (Providence, RI) and Local 802 (New York City) joined the union as a youngster. Recognizing the young Renzi’s abundant talent, his piano teacher booked him to play at the Narragansett Hotel. “Every Saturday night, they had dining and dancing. It was a six-piece group with three horns and three rhythm players. My piano teacher put me there with a big fat book—but I’d already been memorizing songs. I was so young, in fact, people would dance by and ask, ‘How old are you?’” he recalls.

When he heard jazz, he explains, “It was like a magnet. My parents had great jazz records. I loved the harmonies and songs. I wanted to learn to play this kind of music, and that’s what I did. I started doing that when I was eight or nine and did my first job when I was 12.”

Renzi went on to win seven Emmy awards for musical direction and composition, both for his work on Sesame Street and the long-running soap opera, One Life to Live. Now semi-retired, Renzi divides his time between Newport, Rhode Island, and Florida, but still performs with longtime friends and colleagues, including accompanying singer Marlene VerPlanck in New York City; gigs at Birdland; an Irving Berlin tribute at the New Jersey Performing Arts Center; dedication of a new Tony Bennett-Frank Sinatra Studio in Queens; and performing with Michael Feinstein and the Kravis Center Pops Orchestra Big Band in Palm Beach.

Throughout a career that’s stretched nearly 60 years, Renzi has worked with a panoply of stars—among them: Frank Sinatra, Peggy Lee, Ben Webster, Julius La Rosa, Gerry Mulligan, Mark Murphy, and Local 802 members Houston Person and John Pizzarelli. He played with Lena Horne on Broadway in Lena Horne: The Lady and Her Music, later joining her at Carnegie Hall and recording the CD, An Evening with Lena Horne: Live at the Supper Club in the late 1980s.

He was a studio pianist on the films The Birdcage, Everybody Says I Love You, Broadway Danny Rose, and Biloxi Blues. Then he was called to play a session for the soap opera Ryan’s Hope. “The music supervisor needed a couple of extra cues, which I composed on the spot. Before I knew it, I was writing music for the soaps, from the 1980s until 1990s,” says Renzi.

“I kept that gig for 12 years,” Renzi says. “It changes you financially. Two recording sessions a week adds to a union pension.” He notes that the entire band on the show was contracted through Local 802, including Glenn Drewes, Wally Kane, Steve Bargonetti, Ben Brown, and Ricky Martinez.

Before graduating from the Boston Conservatory of Music and Berklee College of Music in 1974, he played professionally with local and visiting artists. Following an engagement with Sylvia Syms, he was recruited to work with Mel Tormé, a partnership that would last nearly 25 years.

Trained classically from the time he was a child, Renzi says, “When I practice, I don’t play jazz, or show tunes. I play Bach fugues, Chopin waltzes, or a Beethoven sonata. I keep my hands in shape that way.”

Having developed his own hard bop style, Renzi became a much sought-after arranger over many years, establishing rapport with some of the greatest jazz soloists: Cynthia Crane, Freddy Cole, Blossom Dearie, Jack Jones, Eartha Kitt, and Peggy Lee, among others. He and Maureen McGovern have been frequent collaborators since 1981, when Mel Tormé first introduced them. Their CD, Pleasure of His Company, is one of his favorite recordings.

“I like to make colors and orchestra behind singers,” he says. “Accompaniment is a very beautiful thing for me. Words mean a lot to me and I know the lyrics to most of the songs I play. The words help me color the song, [to know] how I’m going to fill in a certain space, what kind of mood I’m going to try to create. The lyric and mood  help me pick my chord voicings, how I fill it in, and create an introduction and ending. I’m creating not for me, but for them—but vicariously, how I would like to be accompanied.”

Other pianists capitalize on Renzi’s experience, at times asking for direction on particular pieces. “Occasionally, professionals come by the house. They’ll bring in a song and ask how I’d play it and we’ll sit at the piano. I’ll spend two or three hours with them—almost like an informal clinic,” he says.

What’s most important, Renzi explains, is to have the taste and the skill to edit your own playing. “You can have all the chops and technique in the world, but you still have to edit and make musical sense out of it. A lot of people have so much technical facility—they play a million notes and it’s impressive, but the editing is important. You make that happen through improvisation—make it melodic and swinging. Everything in jazz and improvisation is articulation and time feel,” he says.

Stylistically, nothing defines the freedom and unpredictability of improvisation more than his three-year world tour with classic crooner Tony Bennett. The repertoire may not change, but the interpretation, the undercurrent of each song shifts to fit the mood of the audience. “We did the tour with Lady Gaga, which was fabulous. With Tony, you’re at the greatest venues—great theaters and high-end casinos. He was 87 when I joined him. He’s remarkable and still sounds great,” says Renzi.

A sign that he has no intention of completely retiring, Renzi and singer Nicolas King paired up to record the CD, On Another Note (2017) comprising Great American Songbook standards like “Skylark,” “The Way She Makes Me Feel,” “It Amazes Me,” “Love Is Here to Stay,”  and “On Second Thought.” The song “You Must Believe in Spring” from the album has been nominated for a Grammy Award.