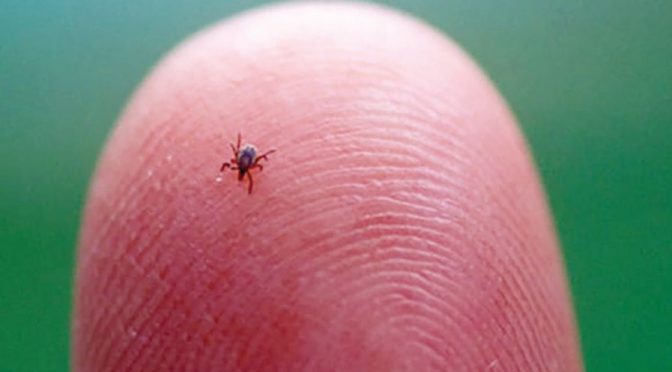 When it comes to health, the fear of any musician is contracting a disease or condition that impedes or even prevents the ability to make music. Imagine suffering from severe fatigue or anxiety, chronic muscle spasms or joint pain, constant headaches and sensitivity to sound and light—and having no clue where it came from, what it is, or even how to effectively treat it. Unfortunately, this happens all too often with the continued rise in Lyme disease cases throughout North America.

With the arrival of summer, it is a good time to review and remember the threat that Lyme disease poses to anyone who steps outside. For musicians who may spend hours at outdoor rehearsals and performances, the risk is important to keep in mind.

Lyme disease is a bacterial illness transmitted through the bite of a deer tick. Most people are infected through the bites of tiny, immature ticks called nymphs, which most commonly bite during spring and summer. In the majority of cases, the appearance of a rash resembling a bull’s eye or solid patch, about two inches in diameter, appears and expands around or near the site of the bite.

According to the CDC, early stage symptoms of the disease include fatigue, chills and fever, headache, muscle or joint pain, and swollen lymph nodes. People treated with oral antibiotics such as doxycycline or amoxicillin for early Lyme disease usually recover quickly. If Lyme disease is unrecognized or left untreated during the early stage, however, more serious symptoms may occur including acute fatigue, a stiff aching neck, tingling or numbness in the arms and legs, or even facial paralysis. The most severe symptoms of Lyme disease may not appear until weeks, months, or years after the tick bite. These can include severe headaches, painful arthritis, swelling of the joints, and heart and central nervous system problems. This requires a longer duration antibiotic therapy treatment.

Unfortunately, one of the major battles of Lyme disease sufferers is first getting the right medical diagnosis. Doctors often are not looking for Lyme disease and patients may not realize they have it by either not recognizing the rash for what it is, or by masking the usual symptoms through the use of over-the-counter pain and anti-inflammatory medications.

One of the more well-known cases of celebrity Lyme disease in recent years was that of songwriter and actor Kris Kristofferson of Local 257 (Nashville, TN) who suffered ailments for years—and was given a diagnosis of Alzheimer’s—before he was tested and diagnosed with Lyme disease. Other musicians who contracted Lyme disease and have gone public with their suffering and how the illness has affected their career include Deborah Gibson of Local 802 (New York City), Shania Twain, Avril Lavigne, Daryl Hall, and Pete Seeger.

The best way to prevent Lyme disease is to take precautions when spending time outdoors. Ticks favor moist, shaded environments, especially leafy wooded areas and overgrown grassy habitats. If you are recreationally moving about in tick-infested areas, the most common advice from health organizations such as the CDC and National Institute of Allergy and Infectious Diseases is to wear light-colored clothing to spot ticks more easily, walk in the middle of designated trails, wear closed-toed shoes, avoid low-lying brush or long grass, and tuck pant legs into your socks to prevent ticks from crawling up your legs.

But what if you are a musician performing at or attending an outdoor venue where you have a stricter dress code, and perhaps long grass or other potential tick habitats are unavoidable? The CDC also recommends using insect repellents containing DEET or Icaridin on skin and clothing and be sure to check your body for ticks when you get home (under the arms, in and around the ears, inside the belly button, back of the knees, in and around the hair, between the legs, and around the waist). It is also important to shower or bathe within two hours of being outdoors to wash away loose ticks. According to medical experts, if a tick is attached to your skin for less than 24 hours, your chance of getting Lyme disease is extremely small. 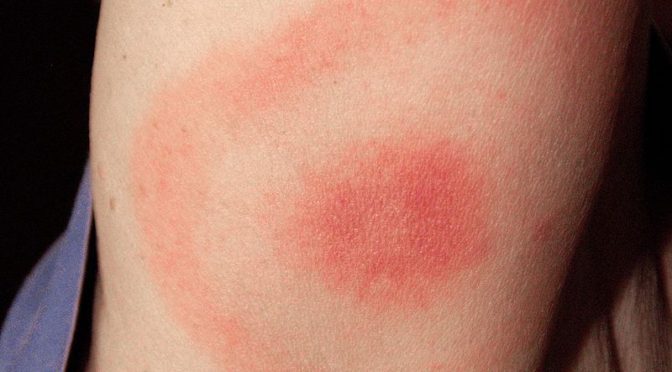 According to the US Centers for Disease Control (CDC), Lyme disease is the fastest growing vector-borne infectious disease in the US. The number of cases has increased 25-fold since national surveillance began in 1982, now infecting some 300,000 people a year.

The disease is transmitted by the blacklegged tick and the Western blacklegged tick whose range is spreading north. The most recent surveys by CDC biologists show that they are found in more than 45% of US counties, compared to only 30% in 1998.

Once only in Ontario, Canada, Lyme-carrying ticks are now found in almost all the Canadian provinces. The Public Health Agency reported 500 cases of Lyme disease in 2014 and 700 in 2015.

Chronic Lyme disease patients may face a long hard fight to recovery, but first it’s a battle to get the correct diagnosis. Songwriter and actor Kris Kristofferson of Local 257 (Nashville, TN) faced a diagnosis of Alzheimer’s, before he was tested and diagnosed with Lyme disease, according to recent interviews with his wife, Lisa. After many years of suffering with painful fibromyalgia, memory loss, and depression, he began aggressive treatment for Lyme disease and his health improved. Luckily, Lisa was an intuitive advocate who recognized that, cognitively, something did not add up.

The unfortunate reality is that Lyme disease often goes undiagnosed because doctors are not looking for it. Patients and physicians rely on telltale signs: a tick on the skin, the bull’s eye rash (Erythema Migrans (EM) rash), and joint pain. But research shows only 50%-60% of patients recall a tick bite, and the rash is reported in only 35%-60% of patients. Joint swelling typically occurs in only 20%-30%
of patients, and is easily masked by the prevalent use of over-the-counter anti-inflammatory medications.

Adding to the problem, people who have Lyme disease can test negative until their body builds up antibodies. Other patients can test false positive due to autoimmune disorders. The CDC recommends a two-tier testing process.

When Lyme disease is misdiagnosed during the early stages, it progresses to a chronic form that’s even more difficult to diagnose and treat. Symptoms can be debilitating, including severe fatigue, anxiety, headaches, and joint pain that mimic other conditions. Meanwhile, the disease causes complications involving the heart, nervous system, muscles, and joints. Patients may suffer through a complicated maze of specialists in search of appropriate treatment.

If you live in an endemic area for Lyme disease and suspect you may have been infected, prophylactic treatment for at least three weeks is advised. Early treatment will prevent the body from mounting an antibody response, and subsequent testing for Lyme will be negative.

Antibiotic choice presents another host of problems. Doxycycline also treats other tick-borne pathogens, including Q Fever, and Rocky Mountain Spotted Fever. However, the parasites may carry bacteria not responsive to doxycycline. One side-effects are sun sensitivity and stomach problems. The typical 100mg twice daily dose may not reach therapeutic levels. Amoxicillin and Cefuroxime are better tolerated, but do not cover as wide a spectrum of infections.

• Walk in the middle of designated trails.

• Tuck pant legs into your socks to prevent ticks from crawling up your legs.

• Use insect repellents containing  DEET or Icaridin on skin and clothing.

• Check clothing for ticks often, then shower or bathe within two hours of being outdoors to wash away loose ticks.

While tick transmission is most common, new studies indicate that there may be other ways to contract Lyme, including blood transfusions or mosquito bites.

For a symptoms checklist go to:
www.lymedisease.org.