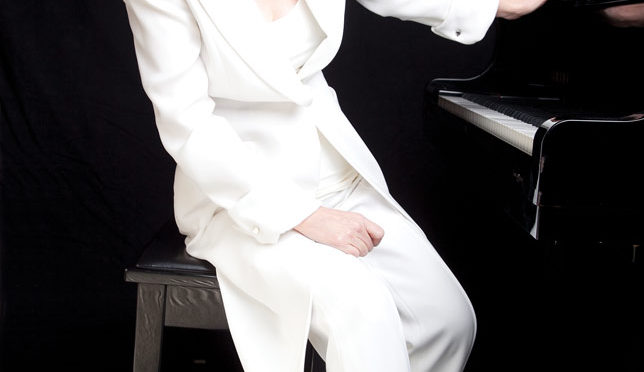 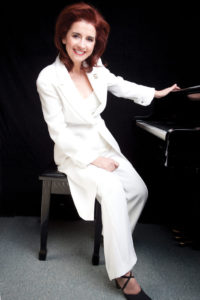 Lorraine Desmarais of Local 406 (Montreal, PQ) is among a handful of women big band leaders. She and her bands are regularly featured at the Montreal Jazz Festival.

Lorraine Desmarais of Local 406 (Montreal, PQ) made her solo debut as a jazz artist at the Montreal International Jazz Festival in 1983. Before that, in 1982, her trio was the first jazz group to tour through the Jeunesses Musicales du Canada, which at the time, she explains, presented mostly classical music. “So, we were delighted to be the first jazz trio ever to be put on the road!”

In 1984, Desmarais won a Yamaha Jazz Competition at the Montreal International Jazz Festival. Entering the jazz scene at age 21—old for a jazz player, according to Desmarais—the stage was set for her to be prominent in the festival’s lineup for years to come.

She joined the union in 1982 when she began doing a number of club dates, concerts, and touring, and sat in as a keyboardist on television shows. In 1983, while finishing her master’s degree in classical piano, Desmarais received a grant to study in New York City with Kenny Barron of Local 802—her first formal jazz lesson. She joined a few jazz combos, and at McGill University, she devoured the jazz standards and the history of jazz piano, from ragtime to nu jazz. She began transcribing solos by Bill Evans, Oscar Peterson, and Herbie Hancock of Local 802 (New York City).

In 1999, Desmarais played keyboards for a two-month, 45-concert world tour with the Diva Big Band out of New York City and she fell in love with the big band sound. “It’s so exciting being surrounded by soloists and playing charts and arrangements,” she says.

By 2004, her status as a virtuosic jazz pianist was well established. But she still had a dream of playing with Chick Corea of Local 802. Desmarais says, “He was one of my greatest influences. I love his music; he’s a great pianist. His solo and electric band corresponded to my own career.” When he and his electric band trio performed at the Montreal Jazz Festival that year, she asked if they could arrange something for her. Twenty minutes before the pair went on stage, Corea asked her, “Do you know ‘Spain’?”

“In 2005, I said, it’s now or never. I took many of my compositions written for trio or quartet and rewrote them for big band. It’s a way to learn arrangement,” she says. It was challenging, she admits, writing for wind instruments and making the sax or trumpet soloist front and center. “In smaller groups, you have more freedom; it’s more spontaneous, everybody is soloist from time to time. But in a big band, it’s almost like a portrait of a soloist.”

Her 2016 big band album, Danses, Dansas, Dances, showcases to full effect the talents of each musician. Along with her all-union, 16-member big band, she is the leader of a trio comprising longtime big band drummer Camil Belisle and bassist Frédéric Alarie, both members of Local 406.

Desmarais says she is a big fan of Brad Mehl-
dau of Local 47 and was inspired by the piano stylings and compositions of McCoy Tyner and big band leader Maria Schneider of Local 802, the latter of whom also influenced her approach to arrangement and orchestration. She has played with luminaries: the late Marian McPartland, Jacky Terrasson, and Joe Lovano both of Local 802.

It was a great honor for her to premiere the song, “For Lola,” by Dave Brubeck at a 2013 concert with the Brubeck Brothers (members of Local 802) at Théâtre Jean-Duceppe during the Montreal International Jazz Festival.

With 12 albums of mostly original compositions to her credit, a number of which have become jazz standards, the ever-humble Desmarais acknowledges that she seems to have earned a distinguished place in the world of music and jazz. In 2013, she became a Member of the Order of Canada and received a Prix Opus from the Conseil québécois de la Musique. Three of her albums (Trio Lorraine Desmarais, Jazz pour Noël, and Big Band) have received Félix awards.

Growing up in Montreal, Desmarais studied classical music, all the while playing pop music. “The best part was trying to improvise and compose on piano,” says Desmarais “Luckily, I had a teacher who encouraged me.” At the French-language college, Cégep de St-Laurent, Montréal, Québec, where she teaches jazz piano, Desmarsais emboldens her students to do the same. She uses two pianos in her classes to improvise with them, explaining that playing off each other makes the music more accessible. “It really has to be fun. You have to make young people feel they have potential and it’s possible to develop.”

As she looks ahead, Desmarais calls 2018 her symphonique year. Among other projects with symphonies, she’ll perform with Kent Nagano and the Montreal Symphony to create a soundtrack for the 1965 film The Railrodder and produce a number of commissioned works, all of which have her stepping out of her comfort zone. She says, “When I return to my work, I’m that much stronger.”

What’s next for Desmarais?  She says she’d like to go back to where it all began: “I would like to do more tours with my big band.”