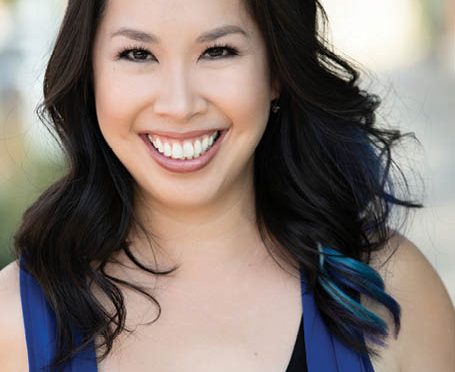 Angela Chan started training in classical piano at age four. She discovered the intricacies of jazz in high school, but as a college sophomore she realized her true passion: musical theater. She found that musical theater allowed for a perfect blend of musical and emotional expression, forcing her to branch out as a musician.

Part of the joy of musical theater for Chan is expanding her knowledge and musical style. “I didn’t know anything about keyboards when I started touring and I kind of had a crash course in it—at the gig!” She learned how to arrange music while helping a friend assemble a cabaret. That cabaret eventually became a full-fledged original musical, Legacy of the Tiger Mother—and the experience turned into a kind of master class for the young pianist.

“It was a learn-as-you-go experience because I had never composed or written, or written any lyrics, and I’d never produced a show,” she says. “But I found myself wearing all of those hats out of necessity.” Because of that experience, Chan has become a Jill of all trades. When she is not playing piano, she is working as a composer, lyricist, arranger, or music director.

“With theater shows, especially, everything works in tandem so the music always has to support where the storyline is and vice versa,” Chan says. “So when you’re putting on the different hats, you have to be conscious of all the moving pieces.”

She discovered that the work is not just about writing a song, it’s about writing a song that fits into the story. “In theater, everything that happens is a reaction to something else,” she says. “And so, if there is no impetus for this to happen at some point or another in the storyline, you have to ask yourself, ‘Is this the direction you should be going with the composition?’”

Musical theater also gives Chan the chance to embrace her funny side. “I either write really funny or really deep stuff. I feel like there’s not even a middle ground for me,” She says. “I have an irreverent sense of humor to begin with, so that stuff kind of shows up a little bit more in my music than the deeper, darker stuff.”

Chan sometimes employs humor with a higher purpose, like deconstructing anti-Asian prejudices, but then dives into other projects that are downright comedic. For example, her YouTube video “Jurassic Lakmé” featuring people dressed as dinosaurs, is an absurd parody of the classic “Flower Duet” from Léo Delibes’ opera Lakmé. “It’s hard to be serious all the time, you know, and I think that we all need to be able to laugh at ourselves in some ways,” Chan says.

She credits musical theater for cultivating her sense of humor and an understanding of human emotions—each a driving force in her music. “What I love about theater is that it is so collaborative. I love working with other people,” Chan said. “There is a perfect marriage of drama, dance, and music.”

This same passion for collaboration led Chan to join the AFM and run for a leadership position at Local 369 (Las Vegas, NV). She first joined the union after college to perform on a tour of South Pacific, in 2002. When the show ended, she moved to Dallas and joined Local 72-147 (Dallas-Ft. Worth, TX). Four years later, Chan landed in Las Vegas to take advantage of musical theater opportunities.

Chan, who has learned a lot about the power of collective bargaining, relies on members like Jack Gaughan, president of Local 369, for advice, assistance—and friendship. “It’s just nice to have that fellowship of people in the union,” she says.

The benefits afforded by union membership are vital. “Unions exist so that you can have fair wages, and fair and safe working conditions,” Chan says. “A lot of times, especially for musicians, we want to play so badly that we forget we should be treated as professionals.”

Last year, Chan founded The Cre8sian Project, which aims to increase Asian women in the arts world by creating a cast of diverse superheroes for children. Chan, who had few role models for such prospects growing up, writes a blog featuring women in the industry, including writers and filmmakers. For a long time, she says, she felt as if she were one of only five Asian women in the entire musical theater industry. “If we band together, we can make ourselves more visible. We can create our own opportunities and we can get ourselves out there so that we’re not ‘those five Asians,’” says Chan.

Through its partnership with Positively Arts Las Vegas, The Cre8sian Project offers art scholarships to Asian women. “Arts education is a gift, and I just hate seeing those opportunities being taken away from schools,” Chan continues. “A lot of what we do is help make connections between professionals and youth, to try to show them that we can open doors, we can create our own opportunities, and we don’t need to let roadblocks stop us from achieving what we want to do.”

–interviewed and written by Patrick McCarthy

A mid-October concert at the Las Vegas Philharmonic, initially scheduled around an Oktoberfest theme, was altered in the wake of the October 1 mass shooting tragedy in the city. The new program was conceived as a way to bring the community together and share a message of hope.

The Bruckner symphony originally planned was replaced with Beethoven’s Symphony No. 5 and Barber’s famous, elegiac “Adagio for Strings” was added to the program. First responders from the city’s police, fire, and emergency services were invited free of charge; 600 free tickets were distributed.

The program served as a healing moment for the philharmonic’s musicians as well, many of whom know people personally affected. The musicians are members of Local 369 (Las Vegas, NV). 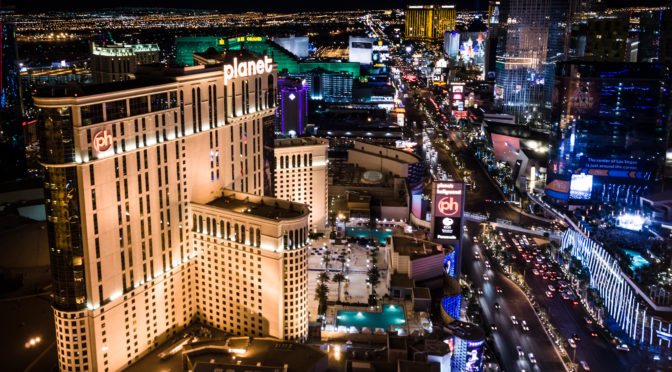 Frank Leone, the 14-year president of Local 369 (Las Vegas, NV), is impressed with the turnaround of orchestra’s being hired for the Strip. After all, the membership of orchestras in casinos was around 2,000 people back in 1989, and it has dwindled down to about 600 currently. However, that all appears to be changing recently.

HAVE YOU READ OUR COVER STORY ON KEB’ MO’ YET?

“The business is curious as we know,” Leone says, “However, one of my mantras is that live music validates a performer, and a large amount of it validates one even more.”

One of the more popular shows currently in Vegas is Celine Dion performing with a full 30 person orchestra. The orchestra isn’t in the pit either, they are in full view on the stage.

Leon claims this is something the audience loves to see. “The public knows they’re getting the biggest bang for their buck possible. No one should complain about the price of the ticket when they know they’re getting 30 people.”

Leone admits that while orchestras are one of the best ways to enjoy a performance, they can come with some big overheads. To cover this, Leon explains that the musicians drop down one pay scale level. Essentially, the casino is getting the 12-piece string section for the price of a no-strings band.

It’s hard to say what the future will hold, but for right now, it certainly is heading in the right direction.