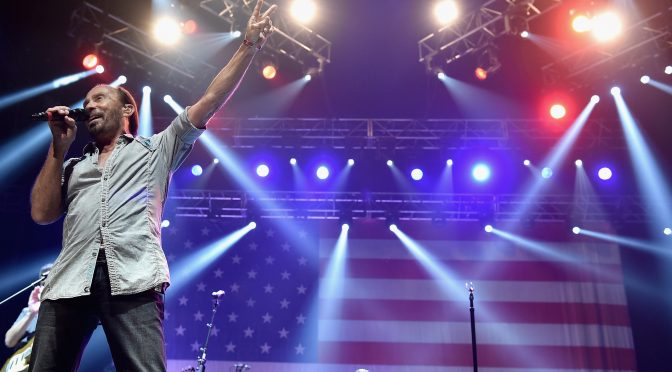 Two-time CMA Male Vocalist of the Year, and Grammy-winning country music artist Lee Greenwood was announced on November 1 as an appointee to the John F. Kennedy Center Board of Trustees by President Donald J. Trump.

Greenwood, a longtime member of Local 369 (Las Vegas, NV) and Local 257 (Nashville, TN), would serve as Member of the Kennedy Center Board of Trustees through September 2024.

He continues to serve on the National Endowment of the Arts’ National Council on the Arts, an appointment received by then-President George W. Bush in 2008.

“I just found out I was appointed as a trustee to the Kennedy Center. Thank you President Trump,” Greenwood said. “This is a tremendous honor. The Kennedy Center is the premier performance hall in the United States!”

The writer and performer of the iconic patriotic anthem “God Bless The USA” has met or performed for nine United States presidents. In October 2017, Greenwood hosted and performed for the One America Appeal—a hurricane relief fundraiser concert hosted by Presidents George H.W. Bush, George W. Bush, Jimmy Carter, Bill Clinton, and Barack Obama. The concert concluded fundraising on December 31, 2017 with $42 million raised from over 110,000 donors. To assist those impacted by the 2017 hurricane season, funds were distributed in Texas, Florida, Puerto Rico and the American Virgin Islands.

Earlier this year, Greenwood celebrated the 35th anniversary of the release of his signature hit song, “God Bless The USA.” The song first appeared on his 1984 album, You’ve Got a Good Love Comin, and spent 37 weeks on Billboard’s Hot Country Songs chart, becoming a Top 10 Hit.

Throughout his expansive career, Greenwood has earned multiple CMA and ACM Awards, a Grammy Award for Top Male Vocal Performance in 1985, and a multitude of other prestigious award nominations. His discography includes 22 studio albums, seven compilation albums, seven No. 1 hits and 38 singles. Known for his stand-out patriotism and support of the U.S. Military, Greenwood has been honored with the Congressional Medal of Honor Society’s National Patriot’s Award, and entertained troops on more than 30 USO Tours.

Greenwood was appointed to the council of the National Endowment for the Arts in 2008 by President George W. Bush, confirmed by the United States Senate, and continues to serve on the NEA at the pleasure of the President. 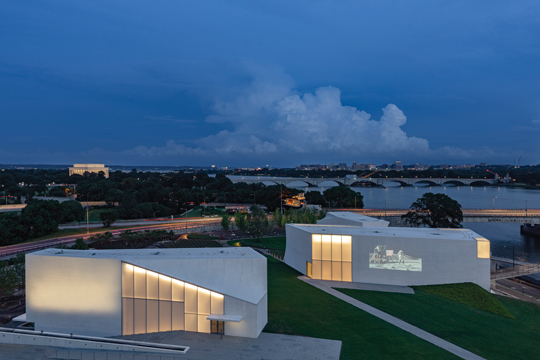 The John F. Kennedy Memorial Center for the Performing Arts (Kennedy Center) is the nation’s sole, premier civilian national cultural center. It is located on the banks of the historic Potomac River in Washington, D.C. and built with federal funds authorized by Congress in 1958. In 1962, President Kennedy stated, “The life of the arts, far from being an interpretation, a distraction, in the life of a nation, is very close to the center of a nation’s purpose, and is a test of the quality of a nation’s civilization.” The center surely reflects those values as Kennedy’s aspirational vision of the arts and, as such, it was named in Kennedy’s honor in 1963.

As the nation’s first national cultural center, the Kennedy Center was created by bipartisan federal legislation known as the National Cultural Center Act. The bill was signed into law by President Dwight D. Eisenhower, who himself was quite enthusiastic about having a world-class cultural center in the heart of Washington, DC that was second to none across the globe.

Designed by renowned American “Modernist” architect Edward Durell Stone, plans for the center’s construction began in 1956 in the halls of congress. This remarkable edifice was completed, and its doors opened, in 1971. Stone was also acclaimed for his design of the Radio City Music Hall, the New York Museum of American Art, as well as the US Embassy in New Delhi, India, to name a few.

Over the years, this internationally recognized, fully unionized facility has been home to the Washington National Symphony Orchestra, the Kennedy Center Orchestra, the Washington Opera, and Jazz at the Kennedy Center (all members of Local 161-710). It has also been a premier touring destination to all of the greatest international companies that have presented tens of thousands of performances mounted on one of four main stages in this remarkable building. All of the world’s most renowned, iconic, diverse, artistic performers from classical to jazz to popular, hip hop to spoken word, Broadway, television, film, along with extravagant foreign productions, have entertained here.

Americans search daily for signs from the government about meaningful ways it spends our tax dollars. Well, here’s a great example: For the first time in its 50-year existence, the center recently completed its most ambitious construction project with the opening of this 21st century arts center. The newly constructed “REACH” project is a prime illustration of how this federal facility uses its extensive resources to fund the construction of a major $250 million community oriented performing arts facility that caters to its diverse surroundings.

The mission of “The REACH,” which opened its door on May 29, is to generously invest in The Kennedy Center mission to support artistic projects and community engagement. REACH stands for Renew, Experience, Activate, Create, and Honor the legacy of President Kennedy, says Deborah Rutter, president of The Kennedy Center. This multimillion-dollar project, built on five acres with three pavilions, is designed to host community educational workshops, rehearsal spaces, and small ensemble presentations at affordable rates to patrons, students, and smaller local production companies that make important contributions to the city and perform at the highest industry standards.

This addition to the Kennedy Center is a marvelous testament to the center’s commitment to the diverse Washington arts community. Over the years, the center has seen its share of criticism about the lack of investment and programming in the local community. The REACH seems to be a worthy solution. Managed in part by newly appointed Vice President for Social Impact Marc Bamuthi Joseph, The REACH will be guided and advised in part by a 15-member Cultural Caucus comprised of cultural leaders from around the area.

AFM Local 161-710 (Washington, DC) officers, musicians, and local board play a vital role in promoting ongoing labor-management relations and professional performances at the Kennedy Center. Like New York, Boston, Los Angeles, Chicago, Philadelphia, and hundreds of other major performance cities around the country, the importance of maintaining a world-class performance community second to no other in the world is the mission of our local and our musicians. Each gives tirelessly to the goal of maintaining the remarkable status of these Washington, DC, institutions and perpetually holds their own when it comes to the execution of the arts and the quality of life in our nation’s Capital.

The expanded John F. Kennedy Memorial Center for the Performing Arts will forever be a growing part of America’s cultural fabric, opening its doors to younger members of the community and emphasizing “the joy of being together.” Thanks to the magnificent efforts of AFM musicians, the arts will forever flourish in the nation’s capital and around the nation.

While there were slight raises with the agreements negotiated last season, musicians will see more substantial increases under this CBA. With pay raises in each year, combined salary will increase to $74,241 by the 2020-2021 season, up from $70,133. This covers seven weeks with the Kennedy Center Opera House and 342 work hours with the Washington National Opera. Orchestra size remains 61 musicians.

The tone at the bargaining table was collaborative in these latest negotiations; management did not seek to reduce the guarantees or propose salary cuts or freezes, as they had last year. The two sides compromised on the contribution rates to the multi-employer benefits fund. Among other miscellaneous CBA terms, it was agreed that all printed programs will now indicate that the musicians are represented by Local 161-710 (Washington, D.C.). 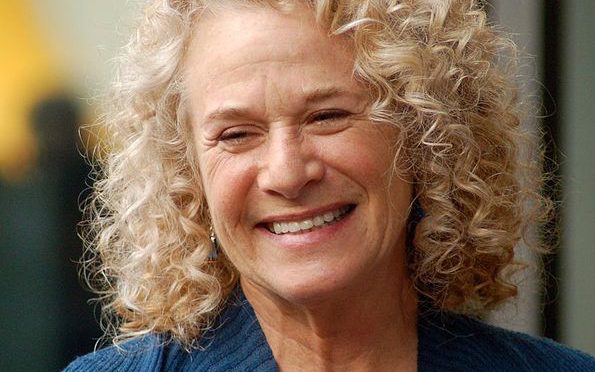 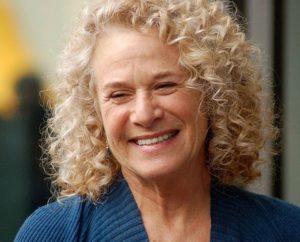 Local 802 (New York City) member Carole King will be honored by the Kennedy Center for influencing American culture through the arts. She joins an elite group of artists that this year includes Star Wars creator George Lucas, and actresses Rita Moreno and Cicely Tyson, among others. The Kennedy Center Honors will culminate in a gala performance December 6, which will be broadcast December 29 on CBS.