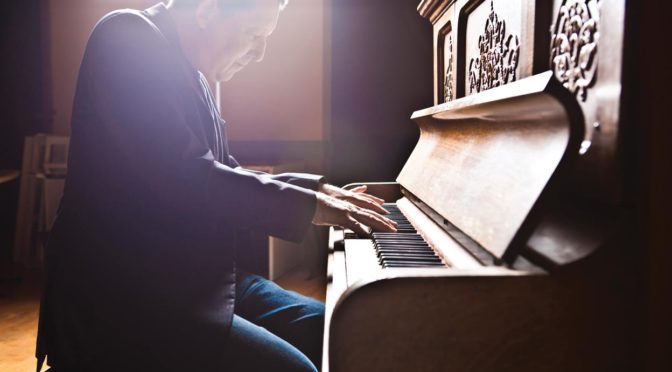 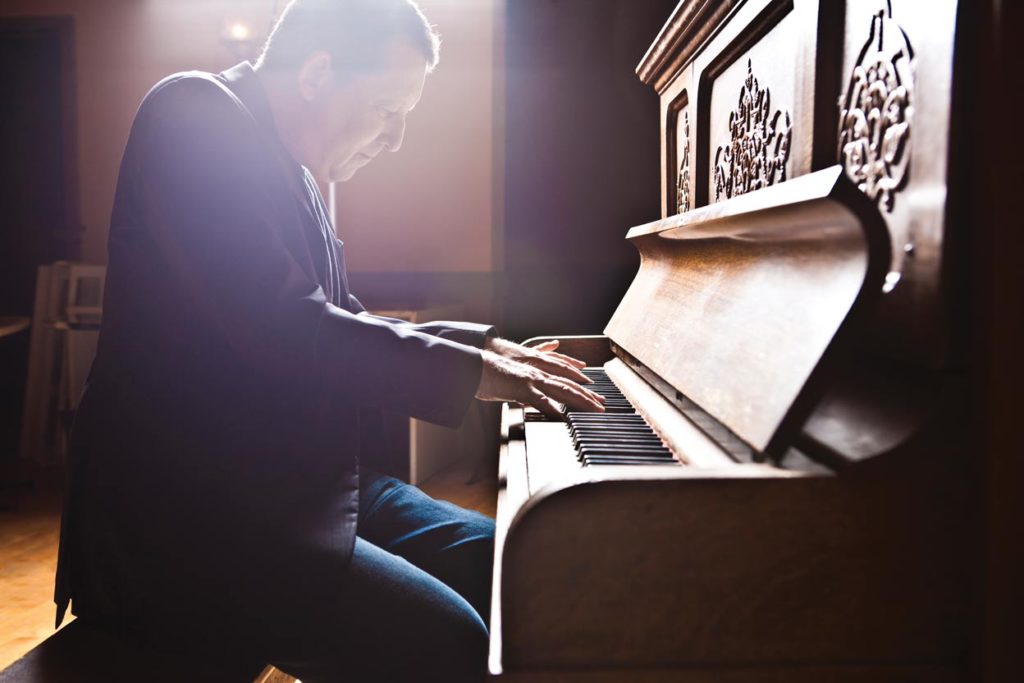 Pianist Jeff Lorber of Local 47 (Los Angeles, CA) says he felt like he had access to the world stage growing up in Cheltenham, Pennsylvania, just outside of Philadelphia. He saw the genesis of rock and roll up close. Local record label Cameo Parkway put out a string of hits with Chubby Checker, Bobby Rydell, and The Orlons. Plus, Dick Clark’s American Bandstand premiered there in 1950. The city offered more inspiration in the way of homegrown jazz talent—Jimmy Heath, McCoy Tyner, and the Brecker Brothers. During the same period, John Coltrane famously lived there.

As a teenager, Lorber played with local R&B bands. At Berklee College of Music in the 1970s, his tastes veered toward jazz and fusion. “I knew if I was going to be an instrumentalist, I’d have to get better at jazz. It was a way to get vocabulary and to become better as a musician,” he says. “Berklee aligned curriculum to the local scene that allowed students to go out and make a living in the music business. It gave us tools to analyze music—taking it apart and putting it back together to understand it—and make our own music.”

In many ways, the Jazz Workshop at Berklee was almost as valuable as taking courses. He says, “Every week there would be somebody absolutely great playing: [Local 802 members] George Benson, Chick Corea, Joe Henderson. I saw Miles Davis play a number of times during that era.” Lorber followed Mahavishnu Orchestra and Weather Report, as well as R&B acts like The Crusaders, and Grover Washington, Jr.

But it was Herbie Hancock’s Fat Albert Rotunda album that most inspired him. He remembers thinking it was revolutionary, “Wow, that’s what I want to do. I want to play funky jazz like that.”

Lorber moved to Portland, Oregon, where he formed The Jeff Lorber Fusion. The group released a self-titled debut album in 1977. “There were lucky coincidences, but it’s also about being able to take advantage of those lucky breaks,” Lorber says. “We were touring, selling records. It was a good time in the music biz. We were signed to Arista records and they had good budgets to make records and promote B artists.”

“Then one day Clive Davis [Arista founder and president] decided he wasn’t into jazz anymore. He got rid of his jazz division almost overnight. The few who were left, he wanted them to do R&B vocal stuff,” says Lorber. “That was a mistake. We were on a trajectory to having a solid fan base and touring a lot of pretty big venues. When we radically changed what we were doing, we lost fans.”

Lorber briefly launched a solo career with a release in 1982, but took a break from solo recording and composing, opting instead to work with other artists. There were a few hits on Arista, “Step by Step” (1985) with Audrey Wheeler and Anita Pointer. He moved to Warner Bros. and had another hit with “Facts of Love,” with Karyn White. He recalls working with the R&B duo René Moore and Angela Winbush. “I loved the music we made, the records, and what I learned working with them.” He says, though, “Most of the time vocal overpowers instruments.” He resumed his solo career in 1991 with Worth Waiting For.

Lorber says union scale was important. “Most guys would get double scale for gigs—and having that standard in place created a level playing field where everybody knew the value of a musician’s time. You didn’t have to negotiate each time.” When he lived in Portland, early in his career, Lorber says, “We used to do Musicians Performance Trust Fund gigs. Here in LA, a lot of people do jam sessions and rehearse at the union hall.” Lorber says he’s a supporter of any organization that looks after musicians. “[Otherwise] we’re out here on our own.”

For a number of years, Lorber has battled Polycystic Kidney Disease (PKD), a congenital disease, which has affected many members of his family. A kidney donated by his wife 11 years ago saved his life. “When you face a life and death situation, you know what’s important. I try to spend my time doing things I love doing, which is playing music and composing,” says Lorber, who says about 600,000 people in the US and two million worldwide are afflicted with PKD.

The proceeds from Lorber’s record of bebop standards, Jazz Funk Soul (Everett Harp and the late Chuck Loeb), go to PKD research. Lorber says, “I love the straight-ahead jazz. You can hear bebop phrasing in the solos.”

Lorber’s most recent album, Prototype (2017), was nominated for a Grammy. “I’m just grateful I’ve had a chance to make a career doing music. I love living in LA and working with the great talents here on a regular basis,” he says. At present, he’s doing some composing and planning an upcoming tour of Southeast Asia.