The awards recognize excellence among union publications, websites, film, video, and other media from across North America. It is the first and largest competition exclusively for labor journalists and communicators.

Awards received by the INTERNATIONAL MUSICIAN include:

• Writing – Saul Miller Award for Organizing, “The Boise Philharmonic: A Textbook Example of How to Organize,” by Jason Emerson, managing editor (June 2019 issue) 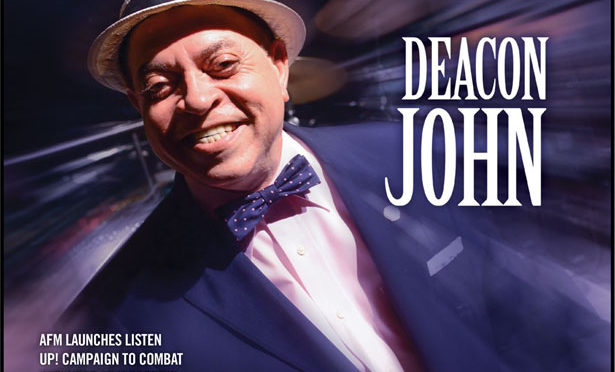 Each year the International Labor Communications Association (ILCA) recognizes the best and most inspiring work in labor communications and journalism. Among the winners were several AFM local submissions.

The article quoted musicians such as rank-and-file violinist Rafael Rishik who gave the Labor Caucus at the California Democratic State Convention in downtown Los Angeles a firsthand account of the problem. “For generations, some of the greatest musicians in the world have been drawn to California because of the motion picture and television industry,” he said. “Over the past few years, runaway film productions have been a big hit to our economy. This is especially hard for musicians because companies that take film tax credits increasingly score their films overseas, and we lose out on that work.”

Coverage of this important issue also included quotes from union officials. “Musicians represented by locals across the country are working together to change our industry” said AFM Organizing Director Paul Frank. “AFM members are uniting in order to win higher standards and grow the strength of our union.”

You can read the complete piece at: www.afm47.org/press/hollywood-seeks-sharper-teeth-for-film-and-tv-tax-credit-program/.

The profile recognized a longstanding, selfless union advocate. “I choose to be president because I want to serve the music community. I think I can be a role model for younger musicians. I want to make a better workplace for all our musicians,” said Moore.

To read the complete story visit the website: internationalmusician.org/deacon-john-moore/.