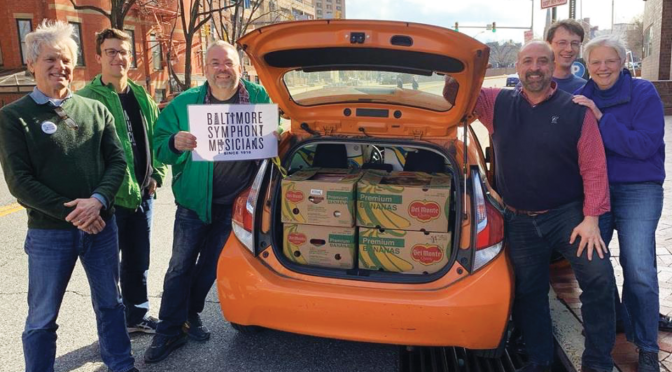 Pittsburgh Symphony and Baltimore Symphony musicians  also helped furloughed employees by providing food and money to local food banks. Members of  Local 60-471 (Pittsburgh, PA) gave a check to Providence Connections’ food pantry as well as to Manna Food Center in Maryland in recognition and support of their Baltimore Symphony sisters and brothers. Members of Local 40-543 (Baltimore, MD) delivered 448 pounds of groceries to the Manna Food Center and made a cash donation to the Maryland Food Bank.