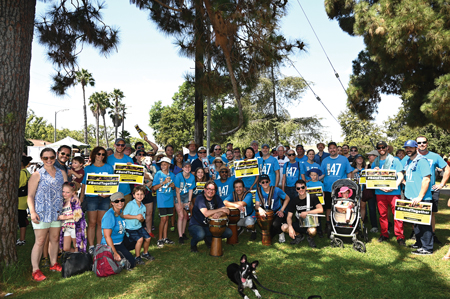 With the 101st AFM Convention now in the rearview mirror and the annual August marathon of player conference meetings concluded, the Federation has turned its attention toward its collective bargaining objectives in television and motion picture film scoring, live television production, sound recording production, touring theatrical musicals, and public radio and public television.

First and most immediate in our procession of industry-wide negotiations toward acceptable successor agreements is the resumption of discussions with television and theatrical film producers to obtain industry-standard wage and residual patterns in the scoring of soundtrack for programs made for New Media. “New Media” is a term of art to describe content produced for on-demand consumption on streaming platforms that are either advertiser-supported (AVOD) or subscriber-based (SVOD). Our existing contract extension with the film industry expires November 14. Negotiations with signatory film producers are set to begin October 7 in Los Angeles.

In March of this year, as in March of 2018, the Federation and film producers agreed to extend the agreement previously concluded in 2015—with increases to session wages in traditional media—because the parties deemed a short-term contract solution as a better alternative to the existing deadlock resulting from the producers’ failure to adequately address the Federation’s goal of achieving acceptable wage and residual patterns for the scoring of tracks for original streaming media.

In recent years, the rise of streaming as a preferred model of digital distribution and consumption has radically transformed the media marketplace. Worldwide, audiences have accelerated toward both advertiser-supported and subscription-based consumption models that benefit digital service providers, producers, and other stakeholders, but studios have refused to bargain progressive terms for musicians in streaming media to augment the existing residual provisions in traditional media.

There is no shortage of news about the rise of online streaming services and the impact upon the relationship between consumers and traditional media—live television broadcasts, cable and satellite TV, the sale of DVDs, and the movie box office. The generational difference in consumer preferences has seen subscribers migrate to subscriber-based streaming platforms like Netflix and Amazon as viewers trend away from traditional media.

Over the past few years, the TV networks and film studios have agreed to make meaningful residual payments and have increased pension and health contributions to singers, actors, writers, and directors when content is made for streaming, but have refused to do so for musicians. It is unconscionable that these wealthy global companies have decided that some digital content creators deserve compensation that reflects the value of their work, but that musicians don’t. Any industry trend toward a streaming distribution model that excludes a residual compensation and pension contribution basis for musicians, who contribute as much or more to a film as anyone else, is unacceptable and due for an all-out fight for fairness.

The Federation has had constructive agreements with the film industry since the 1930s and with the television networks since the early 1950s. Over the decades, the livelihoods of thousands of talented musicians have been substantially supported by Federation film and television agreements. A distribution model lacking fair session wages, pension contributions, and a residual compensation base would dramatically and negatively impact musicians’ lives. Newer generations of musicians would be unable to sustain a middle-class lifestyle, support families, or retire in dignity.

AFM members across the country have launched the #BandTogether Campaign to demand a fair contract in new media from TV and theatrical film producers and are engaging in concerted activity in their fight for respect from the producers. Musicians also know that their pension fund needs additional employer contributions, and that the flood of money toward digital media is a place to get those contributions.

As I’ve previously reported, digital revenue in the entertainment and media industry totaled $616 billion in 2013 worldwide. That figure was expected to rise to $1 trillion last year. Against this dramatic rise in industry revenue and profits, the Federation, its locals, and its members have no choice but to address the glaring disparity between those who create and those who exploit, particularly at a time when the major studios—Warner, Disney, Universal and CBS—are launching their own streaming platforms and refusing to pay musicians standard wages, pension contributions, and residuals for content made for those platforms.

When we resume our meetings with film studios in October, the Federation will continue to seek a fair bargain when musicians are employed to score original programs for AVOD and SVOD platforms. Some sore points are as follows:

Standardized wages and industry-standard residuals. Why should musicians, unlike other creative artists in the film industry, be forced to accept sub-standard wages and benefits, and forego residuals when employed for a streaming production? How rich do the producers, the studios, and their investors need to be before musicians, who are as important as anyone else in the film, are treated fairly?

Industry-standard Electronic Sell Through (EST) provisions. If a covered motion picture is sold or rented from a cable or satellite TV service or streaming platform (Netflix or Amazon, for example), musicians should receive a fair, industry-standard residual, like other creative artists do.

Screen Credits. Every musician, orchestrator, and copyist employed under the Federation’s film and television contracts should be credited in the crawl at the end of the show. Everyone who worked on the production gets credited, including the principal and assistant coffee runners. What about musicians? The composer is always prominently billed, but keep watching the credits roll to see the conductor, the music-prep office, the recording studio and engineer, the music contractor, and every other music-related entity from whom not one note of music emanated or was captured and memorialized in the recording of the film score. Each musician whose sound is embodied in the score should receive screen credit.

I will report on the results of the Federation’s discussions with the film industry in this column next month.