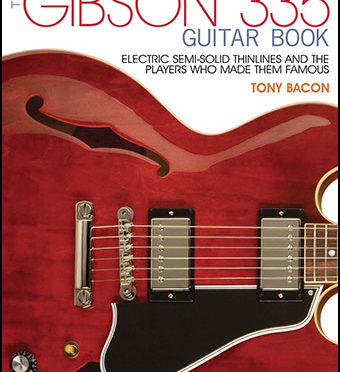 In 1958, Gibson’s ES-335 semi-solid first combined the qualities of hollow body and solid body guitars. This book covers all the classic variants that came after: ES-345, ES-355, and ES-330, as well as lesser known offshoots like the Crest, the ES Artist, ES-Les Paul, and signature models. There are photographs of dozens of vintage and modern guitars and collector’s details. It contains a comprehensive history of the guitars and guitarists who played them, from Chuck Berry through Luther Dickinson, from the introduction of the 335 through the modern Gibson era.

The Gibson 335 Book: Electric Semi-Solid Thinlines and the Players Who Made Them Famous, by Tony Bacon, Backbeat Books,