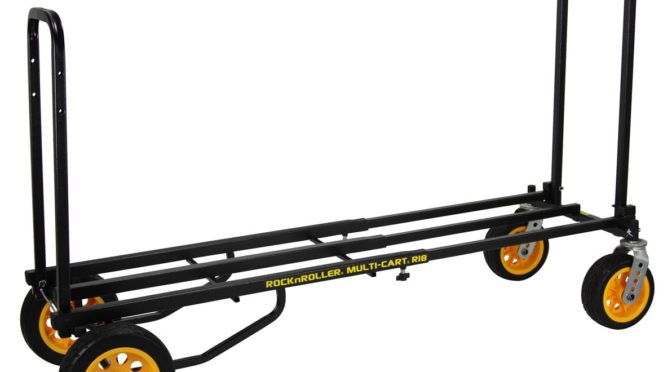 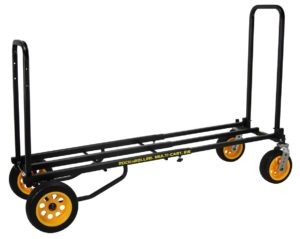 Just in time for the festival season, Rock-N-Roller Multi-Cart announces the arrival of R16RT and R18RT Ground Glider Multi-Carts for rough terrain. They feature extra-wide (six by three-inch) front casters with brakes, eight by three-inch wide (R16RT) or 10 by three-inch (R18RT) rear casters, and large frame tubing. They have weight capacities of up to 600 lbs. (R16RT) and  700lbs. (R18RT) to make transporting heavy loads of gear over difficult terrain—grass, sand, dirt, gravel, and soft carpeting—easier than ever. Both carts transform into eight different configurations for flexibility in getting your gear where it needs to go.