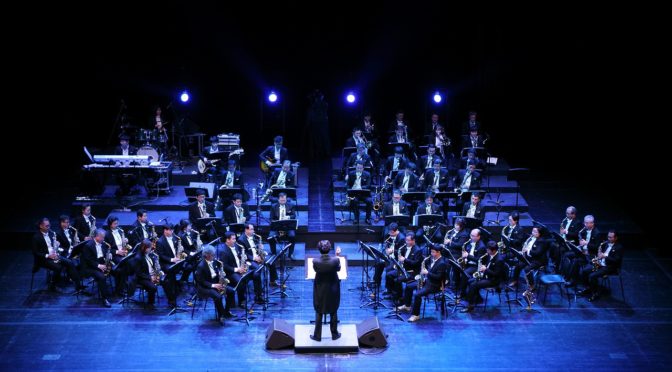 The Regional Orchestra Players’ Association (ROPA), now in its 32nd year, represents 85 regional orchestras throughout the US. One main catalyst for starting ROPA three decades ago was to ensure there was a voice for musicians of regional orchestras within the AFM. The resounding motive for founding ROPA, which is often heard from the founding members, was the necessity to create an internal network to assist in establishing professional standards.

When I look back on my 10 years of service on the ROPA Board, I am pleased to report that our delegates are extremely engaged and communicate daily. This is no easy task. The day-to-day lives of regional orchestra musicians often entail membership in numerous orchestras, commuting, teaching, gigging, and working outside the field. ROPA Delegates are extremely in-tune with their industry through our delegate email list, as well as regular contact from our board members at large. Each quarter the ROPA Board sends out questions about the industry, their orchestras, and what assistance those orchestras might need.

I wanted to devote most of this column to a group of orchestras that has taken the lead in networking within ROPA. Years ago, ROPA Vice President Nancy Nelson, who at the time was the board member at large assigned to the opera and ballet orchestras, created regular communication between these 17 orchestras. This communication continued with current board member Mike Smith of the Minnesota Opera Orchestra who was assigned the delegates of the pit orchestras. I found it to be extremely powerful for the pit musicians to have this network as they face the challenge of rarely being seen by their audience.

We have witnessed ROPA pit orchestras connect successfully with their communities through Facebook and other social media, as well as establish musician-initiated programs that serve their communities. In Houston, the Houston Grand Opera musicians collected and donated instruments to area schools. The Houston Ballet created a “pit pal” program where students were invited to come down to the pit during the intermission of The Nutcracker. Musicians collected contact information and then mailed quarterly newsletters to the students with information about the musicians, music, cartoons, and puzzles. This program was shared with ROPA orchestras and has now been adopted by another.

Arizona Opera was one of the first ROPA orchestras to create a website and post YouTube videos to share information about the musicians as they contended with difficult contract negotiations eight years ago. In recent years, many positives have come from these initiatives. The musicians have continued to maintain contact with their community by posting regularly on Facebook. These initiatives have established advocacy campaigns for the musicians, the organization, and their art form. Despite the constant media focus on financial hardships in orchestras, ROPA opera and ballet companies have been highly successful, with record ticket revenue, sold out world premieres, innovative media projects, and unique outreach initiatives.

These successes have enabled their organizations to thrive:

The Dallas Opera has attracted substantial media attention, generated community awareness, and launched new programs that have realized increased single ticket sales, along with a steady stream of major gifts.

Arizona Opera experienced great success in a four-year capital campaign that raised $3.1 million of its $5 million goal in the first year.

LA Opera hosts a website that includes bios of the musicians, a behind-the-scenes blog, video clips, stories of interests, social media, behind-the-curtain podcasts, live radio broadcasts, and live simulcasts. In January, the company added a performance of Figaro staged with the title characters as undocumented Mexican workers in present day Beverly Hills. The score was transformed into an entirely new English (and Spanglish) libretto.

Michigan Opera Theatre recently announced a balanced budget for fiscal year 2015. The overall increase in net assets for the financial year was $1.3 million, with revenues of $14.7 million. The company also reported a surplus in its operating budget in more than a decade with a year-end result of $532,582.

These amazing success stories provide a landscape for the musicians of opera and ballet orchestras to create natural advocacy campaigns through social media.

ROPA has featured PR specialist Randy Whatley, president of Cypress Media, at a number of ROPA conferences. He guided participants on how to effectively communicate their message to their communities. It is gratifying to see how this incredible resource has been utilized within our orchestras in both positive and difficult times.

I want to thank all of the ROPA Board Members and ROPA Delegates who have dedicated countless hours engaging their orchestra colleagues through initiatives that promote ownership, involvement, awareness, and pride. This invaluable investment provides a better future for musicians and our organizations.

Please mark your calendar and plan to attend the ROPA Conference in Madison, Wisconsin, July 26-28, 2016.