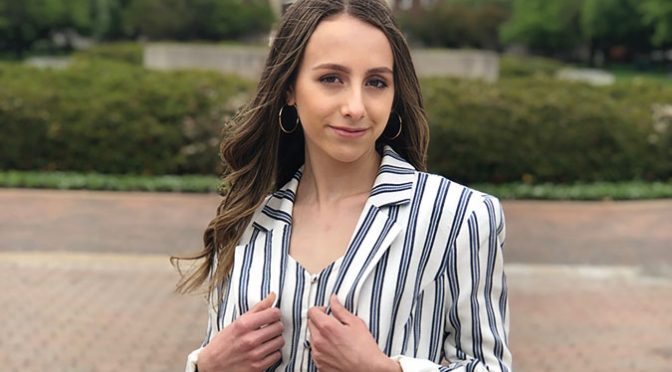 At age 14, Canadian singer and musician Capri Everitt is one of the youngest members of the American Federation of Musicians, but she has already discovered how indispensable union membership is for an artist at the beginning of a career.

Everitt, of Local 145 (Vancouver, BC), has been playing the piano and composing music since she was five years old. Three years ago, at age 11, Everitt decided she wanted to use her love of music to make a difference in the world. “To get people’s attention you really need to do something [outstanding],” she says. So she came up with an idea inspired by the Jules Verne story, Around the World in 80 Days. Everitt’s idea: “Around the World in 80 Anthems.” She traveled to 80 countries with her family and sang the national anthem of each country in the national language (41 languages total, which took her six months of intensive study to learn) at various events to raise money and awareness for orphaned and abandoned children.

Her nine-month journey, which received international acclaim and worldwide media attention, raised hundreds of thousands of dollars (in money and in publicity value) for the charity SOS Children’s Village. The effort also earned Everitt a Guinness World Record for “Most national anthems sung in their host countries in one year,” and became the subject of a recent documentary also titled Around the World in 80 Anthems. Since then, Everitt, who has continued to perform internationally, has released a single she co-wrote with platinum Juno award-winning producer Ryan Stewart titled “New York in My Mind.” She also made a music video, is a two-time WE Day performer and TEDx speaker, and auditioned for America’s Got Talent (AGT).

It was that AGT audition—and the callback she received—that led her to the AFM.

“They asked me to fly to LA and audition in front of the producers; so I joined the union because I heard that there were a lot of resources to protect me as an artist and I thought it would help me being part of a larger community of musicians,” Everitt says.

Her mother Kerrie, who is a lawyer and also Everitt’s manager, says the “clincher” for them reaching out to the AFM was the fact that the lead producer for the show said Capri did an excellent audition but, if she was invited to compete, the Canadian would need a work visa for the US. “So that’s where my job kicked in,” Kerrie says. “I started calling around and I called the Vancouver Musicians Association [Local 145] and I talked to this amazing woman, Kaisha Brown, who basically explained what the union could do, and that they could get Capri a P-2 Visa because of her Guinness World Record. She provided us with checklists and emails and she was so amazing that I think that’s the reason why we decided to join the union right away—because we felt like she made it seem so efficient and easy to be able to get that visa if necessary.”

A P-2 Visa allows an individual performer, or an artist who is part of a group, to temporarily enter the US in order to perform.

Everitt did not get on the show, but she did become a member of Local 145 in February 2019.

“As a songwriter, I want to write more songs and release more pop music … and I just heard that in joining the union there would be a lot of resources to help promote my music and protect it, which is something I wouldn’t have if I hadn’t joined,” Everitt says.

Everitt is working her way through grade 9 in school (she loves math and science, she says), while also taking voice, piano, and guitar lessons (she got a Hummingbird guitar for Christmas last year, which she says is “amazing to play”) and writing  songs. One of the many lessons she learned as she traveled the world in 2015-2016, she says, was that to write valuable and impactful songs you need a lot of experience. “Traveling helped me write from a worldly perspective; I’ve seen a lot of things kids my age haven’t seen,” she says.

One of her favorite experiences on her world tour was meeting a girl her own age during a brief stay in the South African village of Johannesburg. Everitt interviewed the girl, Hectah—who was extremely shy—for a school project and asked her what she wanted to be when she grew up. At the time, Hectah said she did not know, but three days later she told Everitt that she wanted to be a lawyer and help people. She said that Everitt’s visit and example had inspired her and given her self-confidence in a culture where girls are often treated as inferior. “It was just amazing to see her grow,” Everitt says.

Everitt’s career continues to progress, and her schedule remains full. After completing her first music video last year she is eager to do more, she says, as well as to play more gigs and eventually tour to advance her career. “[Being in] this union will help,” she says. Her mom agrees. “The union and the resources I found already are going to be very helpful looking at that,” Kerrie says. Going forward, they plan on utilizing their local as much as possible, especially when it comes to signatory contracts and union-backed videos and gigs. “I’m definitely a newbie at this, so that’s why it’s going to be great to call and ask questions,” Kerrie says.

For the near future, Everitt already has her sights set on a new Guinness World Record: “Singing the most national anthems in a host language by a single performer in one tournament.” She wants to raise more money for charity, and release an album, all while continuing to perform and tour. One day she hopes to sing at the Olympics.

“My main advice to people starting out, or people my age who are trying to become musicians or artists, is to try and think as far outside of the box as you can because there’s a lot of competition these days and you need to do something crazy in order to stick out and get people to pay attention,” Everitt says.