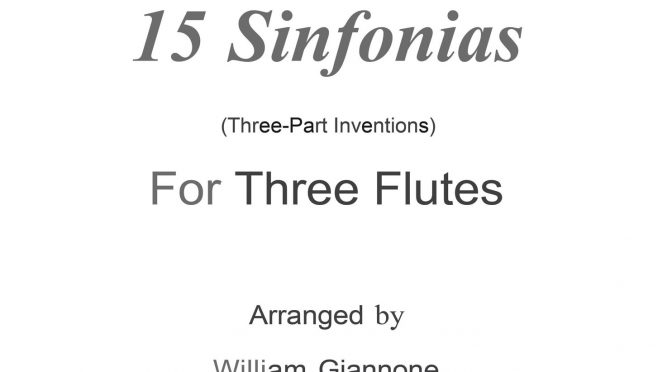 Flutist Bill Giannone of Local 802 (New York City) took J.S. Bach’s 15 Sinfonias, also known as “Three-Part Inventions,” for piano and transcribed them for three flutes. Bach wrote the sinfonias as short exercises for private practice by keyboard students—which have three-part counterpoint. Compositions in the same style as a sinfonia but using two-part counterpoint are known as inventions. Giannone has taken these instructional piano pieces and scored them for the flute’s range, along with dynamic and phrase markings.