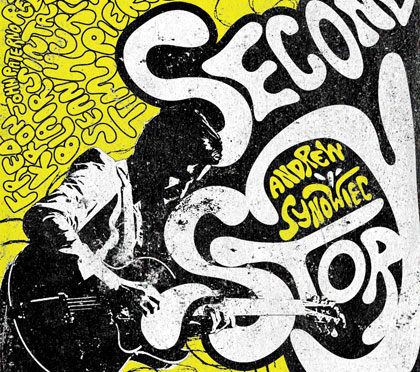 Andrew Synowiec is a Grammy Award-winning guitarist who has worked with some of the biggest names in music, film, and television. With his creative life centered on writing and performing since the age of eight, all roads have led to the 2019 writing and recording of Second Story. The musical melting pot comprises songs that blend rock, blues, and jazz, bathed in 1960s psychedelia.

Synowiec, a member of Local 47 (Los Angeles, CA), and a cast of supporting musicians, deliver an instrumental album that is as dynamic and engaging, colorful, and gripping as any vocal album. It features nine original songs. Among them, “Second Story” is a tune with a Hendrix attitude that meets a more evolved harmonic conception. “Albuquerque Blues,” is a true “guitar duel” with the legendary Tim Pierce of Local 47. “Already Taken” features soulful playing over a finely-crafted tune. “One of a Kind” is a melodic, moving work performed with eloquence and grace. “Second Story” delivers from start to finish.