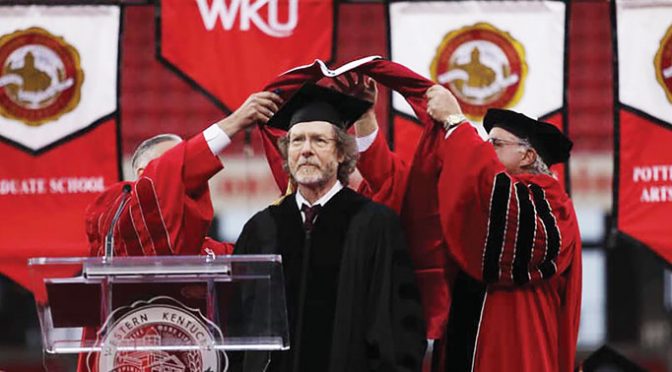 Bush has been on the bluegrass scene for the past 50 years, playing with such musicians as Béla Fleck of Local 257 (Nashville, TN), Emmylou Harris of Local 161-710 (Washington, DC), Lyle Lovett of Local 257 (Nashville, TN),  and The New Grass Revival, as well as having a long and successful solo career. In 2009, the Americana Music Association awarded Bush the Lifetime Achievement Award for Instrumentalist.

“Thank you Western Kentucky University for this great honor,” says Bush. “It’s a long way from a cattle and tobacco farm five miles outside town on Morgantown Road. … I just want to say thank you. What an honor. I never thought this would happen.”