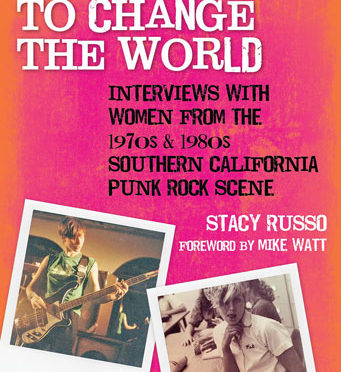 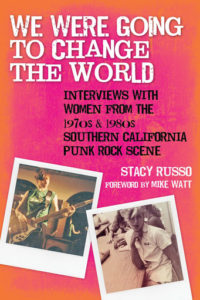 This book captures the stories and contributions of women who were active in the dynamic Southern California punk rock scene of the 1970s and 1980s. Through interviews with musicians, journalists, photographers, and fans, Stacy Russo captures the essence of why these women were drawn to the genre, as well as what they witnessed and experienced. Empowering, touching, and informative, We Were Going to Change the World adds a whole new dimension to the literature of both punk rock and women’s studies.

We Were Going to Change the World: Interviews with Women from the 1970s & 1980s Southern California Punk Rock Scene, by Stacy Russo, Santa Monica Press, www.santamonicapress.com.