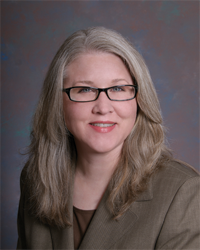 Everywhere I look there are cusps! It seems that if we can just … press on … a little … further … we’re going to be able to look back and see how all of the struggles of the last number of years have led to identifiable improvements.

Musicians are responsible for doing our jobs and we hold ourselves accountable. The same hasn’t been true of the world around us. Orchestra boards and managements haven’t lived up to their end of the bargain; club owners’ only interest is their own take; there is corporate welfare in varying degrees—bailing out banks, giving tax incentives to companies who then outsource the work, or subsidizing employees of companies that don’t pay living wages; “right to work” for less laws sell themselves as providing workers’ “freedom”; challenges to union “fair share” fees that ensure workers can stand up against employers’ abuses by enforcing their negotiated contracts.

My perception is that “the times they are a changin’.” More workers have been standing up and pushing back. Their voices are finally being heard and questions are being asked. The Occupy Movement of 2011 and 2012 had energy, but didn’t really generate enough of a jolt to create meaningful change. Instead, a number of smaller actions finally made their way into the public consciousness and, like water dripping into a ravine, they are creating gradual change.

One of our realities is that, when more people have money in their pockets, there’s a better chance they will go out for entertainment. In the aftermath of “the Great Recession,” awareness has been raised about the lopsided economic recovery. There’s been critical analysis showing that the trickle-down economics of the last 30-plus years has not created a sustainable economy for anyone. Whether we are talking about the water in Flint, or shining the light on corporate tax evasion and corporate welfare, these public conversations seem to be building awareness for the fact that public infrastructure can only be sustained by public—not private—funding. Public funding is only available if working people are making enough money to sustain themselves, with enough left over to invest in the public good, so that means living and sustainable wages.

After what seems a very long time, working people are regaining a sense of the value of standing together, realizing that individualism usually only benefits the employers. In my opinion, that realization is what will make a healthy culture and a healthy society. Working people, and musicians particularly, have been in a position of defending our value. In the past, when we’ve complained the response was that life is unfair and we should get used to it. Well, actually, we can demand fairness. We can demand respect. We can demand to be valued. It’s not effective to just ask for it.

Our union, the American Federation of Musicians, is moving ahead and is poised to effectively support, advocate for, and negotiate in the best interests of working musicians. I admit to having been somewhat reticent at times with friends and colleagues when talking about our union, but here’s my conclusion: It’s not disrespectful for members to ask nonunion friends to join. It’s not unfair for members to demand that colleagues pay at least their share to uphold the contracts that members helped create, and from which others are benefiting. Fairness is not an unrealistic expectation.

There’s no doubt in my mind every individual musician that comes in makes us—all of us—that much stronger. Thank you for being a member!