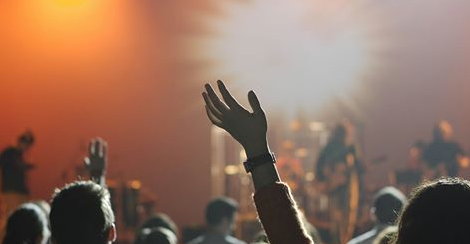 Across this country, musicians are playing in bars, clubs, restaurants, hotels, and other performance spaces in an effort to hone their craft, share their artistry, and make a living. American art, performance, and music have been born, bred, raised, and developed in the nightlife establishments of our cities. These musicians play an outsized role in shaping the cultural heritage of our nation. As a result, the nightlife that drives municipal economies and our nation’s culture, owes a great deal to the musicians and performers of our nightlife industry. Yet, does our society adequately support those individuals who make it vibrant and strong? No.

In New York City we are working on changing that. New York City Council Member Rafael Espinal (Democrat, District 37) recognizes the role that the city’s nightlife industry plays in its economy and began working on legislation that would create an Office of Nightlife and Nightlife Taskforce to address issues frequently faced by nightlife establishments and their communities.

Though this office was originally conceived as a combination industry liaison and issue resolution facilitator between the city, small businesses, and communities, we at Local 802, saw this as an opportunity to provide support for a frequently ignored community of workers that has traditionally been exploited, discriminated against, and undersupported.

With the council member’s support and partnership, we were able to expand the original scope of the office and taskforce, advocating for language in the legislation that would commit the office to addressing workforce issues like wage theft and misclassification, and require them to make policy recommendations that would benefit performers and workers by addressing some of the industry’s unique issues. On August 24, the bill passed. We are closer to the creation of an Office of Nightlife than ever before.

Advocates and performers who live and work in the nightlife scenes of other cities should pay attention—the Office of Nightlife could be worth replicating.

This Office of Nightlife could provide a new type of government partner for performer advocates to work with to address issues that countless musicians face on a nightly basis: exploitation, misclassification, pay-to-play schemes, and more. The challenge is providing the tools with which the office can effectively and efficiently do its job.

There are many agencies and offices that regulate small businesses and mandate specific employment practices and safety requirements. However, the tools available to these agencies often do not apply to the unique nightlife industry or are ineffective in addressing common business practices at bars, restaurants, clubs, and hotels. How do we mandate fair employment at a performance space where it is arguable who the employer legally is? This is just one example of how complicated the nightlife industry is.

If this office is to be impactful, and if other municipalities are to follow New York City’s example, the Nightlife Office must work with locally elected community leaders and administration to develop regulatory mechanisms that empower the director to protect performers who are otherwise unsupported and unprotected. Without impactful regulatory and enforcement frameworks, the city will lack the ability to prevent pay-to-play and unfair employment practices, and will be unable to help us in our work to ensure that all musicians have the opportunity to make a fair living that dignifies the contributions they make to our common cultural heritage.

Luckily, New York City is the perfect test case for such an office. Mayor Bill de Blasio has shown that he understands that the city’s nightlife is an important part of our economy. As a former consumer affairs commissioner, Mayor’s Office of Media and Entertainment Commissioner Julie Menin has experience developing both consumer and worker protections. Council member Espinal has shown sensitivity and appreciation of the challenges that workers and performers face.

These leaders must be applauded for their advocacy and vision. We are extremely hopeful that this office will soon play an important role in advocating for musicians. We will work closely with these leaders and this office to support our union’s agenda—raising the wage floor for musicians and ensuring that New York City remains a place where musicians are celebrated and where performers can live, work, and raise a family. This work is important, not just for New Yorkers, but for musicians across the US. 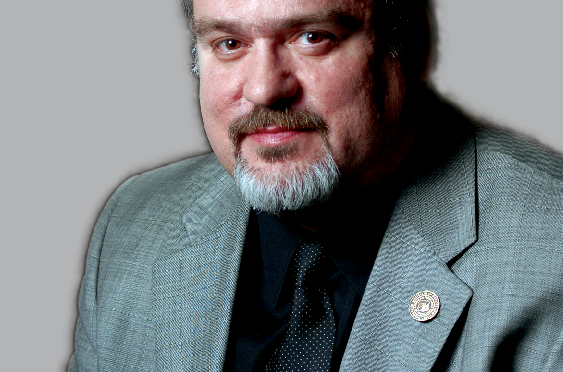 Conversation leads to common goals and the strength to preserve live music.

“We are only as strong as we are united,” said New York State AFL-CIO President Mario Cilento, shortly after his re-election at the NYS AFL-CIO Convention August 22. Naturally, I couldn’t agree more. Musicians need to stand together, if we are to fight against the exploitation of our work and the continued degradation of live music. In solidarity and partnership, there is power.

That lesson should not be applied solely to our membership and our organizing efforts, but  also to our advocacy and partnership work with municipal governments and agencies. By building strong relationships and cultivating new allies and partners, we will identify opportunities to ensure that our towns, cities, and states are places that musicians can create music, while also affording to live and raise a family.

The rewards are great, and it always starts with a conversation.

Here in New York City, we recently had the opportunity to start a new conversation with the Mayor’s Office of Media and Entertainment (MOME) when Commissioner Julie Menin was appointed to lead the agency in March. Though we already had a minor relationship with Commissioner Menin prior to her new appointment, we thought it of vital importance that we extend a hand as she settled into the role. Since that initial meeting the relationship has flourished.

We explained the intricacies of the music industry and the challenges musicians face—from misclassification to affordability, real estate, and the difficulties new technologies present to intellectual property rights. After she detailed her office’s assets and discussed her agenda, it became clear that we shared multiple goals and priorities. We both wanted to bring live music to more people throughout the city, and we both agreed it is vital that live music performance flourishes.

From that point forward, the staff of Local 802 (New York City) and the staff at MOME were able to work together on MOME’s Broadway in the Boros initiative, an unprecedented project to bring Broadway performances to public spaces outside of Manhattan, thereby expanding access to the excitement of Broadway and the power of live music.

From the beginning this was a complicated project; there was no model to follow. Which contract was applicable? Who was producing the show? What constraints do procurement laws place on the payment of musicians? Who should be hired and who is contracting the performances?  All these questions had to be ironed out. But, because of that initial conversation, the team at Local 802 and the staff at MOME were able work stronger together; we knew we shared common goals and could trust one another’s intentions.

Today, the initiative has drawn to a close and we are working with them to agree to a long-term contract in the event that they choose to expand the program to future summers. We certainly hope they do because, not only did this program bring live music to new audiences and new communities, not only did it pay fair wages and contribute to pension and health benefits, but it was an initiative that will serve as an example that municipal governments and agencies can follow in the future.

Musicians are stronger when we are standing together, and even more so when we have allies and partners to stand alongside. When you can find a shared goal, like the preservation and promotion of live music performance, partnerships can flourish!