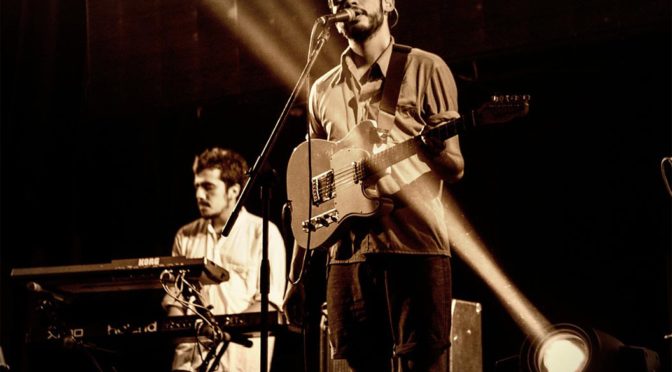 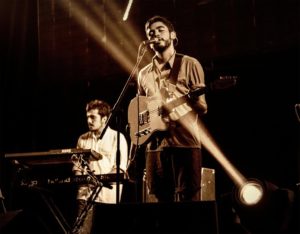 Most engagements musicians play these days require some sort of sound system to amplify vocals, instruments, or both. Some musicians can afford to hire a professional sound company to transport and operate the equipment. If you’re one of them, congratulations; you don’t need to read the rest of this article.

However, if you are someone who runs your own gear, you may need this information. It’s been my experience that most musicians have inadequate knowledge of basic acoustical principles.

After all, sound engineering isn’t what you’re trained for. As someone with a good deal of practical experience and theoretical knowledge in this area, I have described the five most common mistakes musicians make when choosing and operating their sound equipment.

Mistake #1: Inadequate amplifier power. Most speakers come with a “continuous power handling” rating, expressed in watts. It’s natural to think of that as the maximum continuous power an amplifier can have in order to drive the speakers safely, and that using a more powerful amp will risk burning out the drivers.

Actually, the exact opposite is true. For technical reasons I won’t go into here, your speakers are more at risk if your amp isn’t powerful enough. Today’s speakers can handle a remarkable amount of clean power–the key word is “clean.” The higher the power rating of an amp, the more “headroom” it has, and the less distortion. I recommend using a speaker’s power rating as a minimum when choosing an amplifier to drive it.

Mistake #2: Mounting the speakers too high. Ever since the introduction of tripod speaker stands, it seems that many people have an urge to run them up to maximum height, thinking it somehow will prevent the sound from being too loud for the patrons. That’s what your volume control is for, not your speaker stands. Where the speakers are concerned, the basic principle is that you want the audience to hear them directly.

A typical speaker projects sound in a flattened cone pattern, about 90 degrees horizontal by 50 degrees vertical. You should visualize that coverage pattern, and mount the speakers so that the maximum number of ears are within it. Mounting the speakers eight feet in the air will generally result in most of the audience hearing only reflected sound from the room, which is much less clear.

Mistake #3: Trying to fix the room. Ninety eight percent of the rooms you will play in sound horrible. The bad news is that short of calling in contractors to rebuild them, there’s absolutely nothing you can do about it, and if you try, it will only make matters worse.

The good news is that the sound of the room isn’t nearly as important as you may think. Here’s why: Psychoacoustic research has shown that the human ear has the ability to separate direct from reflected sound, and that the brain will focus on the direct sound. It’s related to the phenomenon whereby if you close your eyes at a cocktail party, you can still pick out individual conversations around the room. So assuming that your speakers are mounted correctly, a person in the audience will perceive the direct sound of the speaker independent of the awful reflected sound in the room. If you try to notch out room peaks with an equalizer, you’ll make the room sound better by making the speaker sound worse, yet the sound of the speaker is what’s really important.

Mistake #4: Using EQ because it’s there. Mixing boards almost always include equalizers (EQ), which boost or cut specific frequencies. There are two reasons for this: One, there are rare occasions when you actually can benefit from them (mostly on instruments). Two, and more important, people are used to seeing them and therefore want them. And since they’re there, many believe they should use them.

The fact is that all microphones are designed to be heard with the EQ “flat.” If you buy the right microphones (as you should), they will sound the best with no EQ at all. Buying an expensive vocal mike and then boosting certain frequencies is like covering a prime filet mignon with ketchup. Ask any good recording engineer how he uses mikes in the studio, and he’ll tell you that he gets the sound he wants by mike choice and placement, using EQ only a last resort.

Mistake #5: Getting too fancy. If you’re running the system yourself, simpler operation is always better; after all, you have to play your ax as well. I don’t know how many times I’ve seen leaders do an extensive sound check before the gig, only to constantly fiddle with the controls on stage, making the sound progressively worse amid howling feedback.

If you use the same basic instruments and vocals on most of your jobs, you should only have to do one initial sound check, after which you should make notes of all the settings and leave them right there on future gigs.

The only thing that’s going to change is the room, and you can’t fix the room with the PA. Set all similar vocal microphones the same unless you have reason to do otherwise. If you’re running monitors, resist the temptation to use customized mixes for different people unless you have a compelling reason to do so.

In my experience, the most effective monitor mix is usually what is going into the mains, because it gives people the best sense of overall balance. The times I have heard people complain the most about what they hear from their monitors have invariably been times when multiple mixes are being used. Make it easy on yourself and keep it simple.

Running a sound system or obtaining good sound doesn’t have to be difficult. And certainly these are things you’re best off not having to worry about on the job, when you have clients to please, tunes to call, time to keep track of, and so on. If you avoid these five common mistakes, you will make your gig life easier, and your group will sound a lot better.