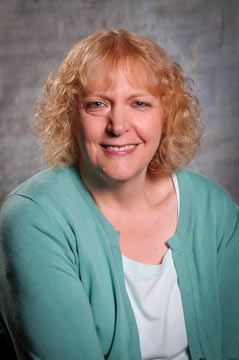 As I write this, we are 15 months into the COVID-19 pandemic and on the threshold of transitioning back to normal in the US. At the start of the pandemic, as musicians all over the world were sent home without any idea of when they would be able to return to work, orchestras in the US found themselves in uncharted waters. The AFM recognized, from the very beginning, that we needed to act fast to make it viable for orchestras to stream content as quickly as possible, while at the same time ensuring that our musicians would continue to be compensated.

The first agreement in March 2020, which was a side letter to the Integrated Media Agreement (IMA), got us through the balance of the 2019-2020 season. The next IMA side letter covered the 2020-2021 season. We now have a new IMA side letter for the 2021-2022 season, which hopefully will be the last one and may not even be needed through the entire season. That would be terrific news!

So how do you measure success under these circumstances? Certainly, the most successful measure by far is that most symphony, opera, and ballet musicians continued to receive compensation at either 100% or at a fairly significant percentage of pre-COVID wages. Most employers worked to ensure their artists would be able to survive, keep their homes, and take care of their families. A small handful of employers chose not to do this, treated their artists abysmally, and left them without any means of support. In our field, they were gratefully in the minority.

And what about our loyal audiences? The introduction of these streaming side letters made it possible for orchestras to release existing content, and in many cases, create new content, to make sure the connection with their audiences remained strong throughout this crisis. The streamed music kept those connections alive and brought solace to our audiences as we all went through this shared, frightening experience.

We saw a burst of creative ideas born out of necessity as we grappled with how to create new content under compromising circumstances. At first, musicians recorded music alone at home. Very few musicians have professional recording equipment at home. Many struggled using their smartphones to capture their performances. The next discovery was the composite video that appeared like a zoom screen where individuals contributed tracks to a unified whole. As the year progressed and small groups of musicians were allowed into venues, we started to see small ensemble programming of chamber music. And finally, we saw venues open to larger ensembles who were then able to start recording traditional symphonic repertoire.

Through all of these stages, opportunities were created for employers and musicians to think outside the box. Musicians provided countless terrific ideas that took advantage of the reduced forces. Musicians found themselves playing repertoire they would not normally play in a traditional symphonic, opera, or ballet setting. It opened the door to a lot of new and interesting musical choices. There is an inherent desire to connect with music. This crisis created an environment of opportunity to create something truly meaningful for both the performers and their audiences.

The Los Angeles Philharmonic produced content outdoors at the Hollywood Bowl, playing to an empty 18,000-seat arena. A drone recorded the vast, empty expanse, capturing the moment in time. The San Francisco Symphony found interesting ways to incorporate musical content into documentaries about the history and culture of their city.

A few opera companies rose to the challenge when faced with restrictions on placing singers in the same room as musicians. The singers and the musicians were recorded separately, and the final product was assembled to great success. In order to do this successfully, we recommended use of the new media provisions of the AFM Basic TV Film Agreement for these direct to streaming releases. We also saw a lot of activity in educational programming created by many orchestras and shared with pre-K, elementary, and high schools all over the US, including classes on Zoom.

Members of the New York Philharmonic took to the road on the back of a bright red open-bed truck, in some cases accompanied by countertenor Anthony Roth Costanzo. He joined these spontaneous pop-up concerts all over the five boroughs of New York City. To avoid crowds, none were announced in advance. However, the faces of the appreciative audiences they found at every location showed the power of music.

Times of great challenges can bring opportunity and our orchestras found many new ways to engage in the art form while streaming. They gained valuable experience along the way, which will only help produce better content in the future.

May we never have to experience something like the past 15 months ever again, but what we learned from this time will reap enormous benefits now and in the future.

We had certainly hoped that we would return to some semblance of normalcy over the course of the 2020-21 season. That did not turn out to be the case, although we do have some orchestras performing in front of live audiences. However, it has become evident that we need to continue with the model we had in place for the current season for those orchestras that want to continue utilizing the free streaming rights contained in the 2020-21 IMA COVID Side Letter in exchange for a commitment to once again guarantee to compensate musicians at one of four tiers available in the agreement.

In August 2020, the AFM entered into the first full-year IMA COVID Side Letter with the EMA to help orchestras navigate the expected challenges for the 2020-21 season during the COVID crisis. Many orchestras took advantage of the side letter. In addition to the EMA version, we also offered a version of the side letter to those orchestras signed to the Individual Employer IMA. Eligibility to use the side letter required the employer to commit to a level of guaranteed compensation for the current season. The level selected put an orchestra into one of four tiers. Each tier came with a package of free streaming rights—the higher the tier, the larger the monthly streaming package. Signatory orchestras were able to post programs using existing archival material and those orchestras working at Tiers 3 and 4 of the IMA side letter could create new content in accordance with the terms of the agreement.

The new agreement is essentially identical to the 2020-21 COVID Side Letter. It retains the same tier structure and compensation requirements, with the same allocation of monthly streaming minutes tied to each tier. The agreement permits archival streaming in all four tiers, educational content in tiers 2, 3, and 4, and in the top two tiers offers the ability to stream newly created content of “performances” and provides some expanded volunteer promotional recording. The number of available minutes of content for both archival and new content varies by tier.

As in the 2020-21 side letter, the “Newly Created Capture” provisions (available at Tiers 3 and 4) address the issue of what constitutes a “performance” for purposes of media capture when there is no audience present in the hall or even a reduced audience. The regular IMA permits capture in performance (and in some cases, rehearsals) for a variety of releases under the agreement but establishes a separate “special call” rate for services called solely for the purposes of recording when no audience is present. The AFM and the International Conference of Symphony and Opera Musicians (ICSOM) and the Regional Orchestra Players Association (ROPA) media committees felt strongly that “performances” without an audience present must not be allowed to morph into multi-take recording sessions, and the agreement reflects that commitment. The IMA signatory orchestras that choose not to work under the side letter with a Tier 3 or 4 compensation commitment, but who want to create new content in the absence of an audience, must pay their musicians the special call rate for the capture plus the applicable release rate under the IMA.

Under the side letter, the media wages for the amounts and types of streaming distribution covered by the agreement are waived, so long as the employer maintains compensation and benefits, including health insurance, at the level required. All other terms of the IMA remain in place.

The same circumstances we faced at the beginning of the 2020-21 season remain as we head into next season. Some states will open the doors to concert halls sooner than others. Vaccination numbers continue to rise. However, we are not yet at a point where we can safely get the entire orchestra back on stage and full-capacity audiences back in our concert halls. Streaming remains vitally important.

We continue to work closely with the ICSOM and ROPA media committees about how best to help our organizations through this challenging time in ways that will provide streaming content, both old and new, to share with our audiences while at the same time ensuring compensation for our musicians.

It is our fervent hope that our orchestras will soon return to performing in front of their beloved audiences. In the meantime, this agreement will continue to make it possible to maintain that connection as we await our return to the concert hall.

If you are interested in learning more about the agreement or you would like to discuss your IMA orchestra becoming signatory to the new agreement, please contact me at dnewmark@afm.org or by phone at 646-269-1823 or 212-869-1330 ext. 225.