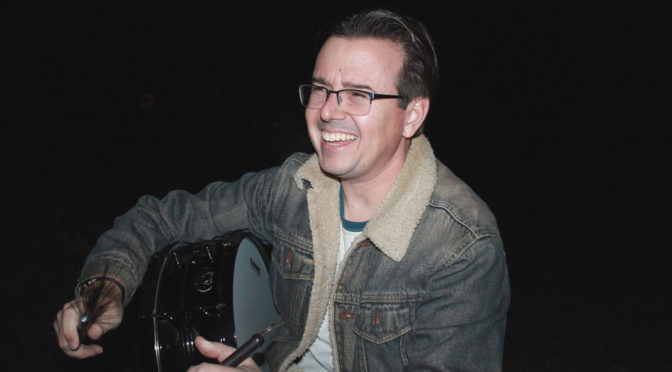 Drummer and percussionist Sean J. Kennedy first joined Local 45 (Lehigh Valley, PA) and later transferred to Local 341 (Norristown, PA). He says, “It was amazing how much networking was immediately available. Area musicians and the people I knew increased rapidly, just by joining the local.” He adds, “What was most amazing, because I was in the union, it was almost like I had street cred instantly. The sense of camaraderie—I think that is what really thrilled me to be part of this group.”

In his recent TED Talk, “Grooving with Serendipity,” Kennedy explores the art of percussion through the lens of history. It’s also a reflection on a journey of self-discovery, one he calls a series of “happy accidents,” from being compelled to join his high school marching band and discovering the drums to meeting his heroes, like Liberty DeVitto of Local 802 (New York City), with whom he wrote his first book.

An educator, bandleader, and composer, Kennedy cut his chops in recording sessions for the famous Allentown Band. He’s led master classes and workshops in schools, universities, and jazz camps across the country and built a multifaceted career, working with marching bands and teaching at Montgomery County Community College in Philadelphia

Making art accessible to his students often means straddling the world of reading music and improvisation. For percussionists, in particular, Kennedy says, “It’s about making it fit into the context of whatever act we’re supporting. The same can be true with your education and learning the drum set, bass, or piano. I think to be successful you have to be able to do everything.”

One of the challenges he faced when writing his book I Used to Play Drums with DeVitto, was developing a textbook for beginners and returning players that allowed them to learn technique as a more natural process. “You could leave the page and still make music.” Throughout, he reminded students, “Listen to your recordings. Here’s some notation—but listen.”

Balancing these two worlds has been the key to success for Kennedy, who says, “The more adaptable you are, and the more creative you are, the more opportunities to make music—if you don’t pigeonhole yourself.” He emphasizes, “Just create; I’m trying to get everyone to that happy medium between reading and improvising, based on their specific needs.”

Kennedy credits his teacher, drummer and percussionist Ray Deeley of Local 77 (Philadelphia, PA) for his own inspired approach to teaching. When Kennedy talks about the history of The Beatles, he says he hopes it’s a catalyst for students to mine YouTube or their parents’ old record collection. “I think it was Duke Ellington who said, ‘There are two kinds of music, good and bad.’ So I break down those walls. I basically tell them there are no genres. You could listen to Bach and then put on Gershwin and they’re all communicating in their own way.”

He counts Deeley among his “heroes,” along with John Williams of Locals 47 (Los Angeles, CA) and 9-535 (Boston, MA), Dave Brubeck, and Vince Guaraldi.

Two of his most popular jazz compositions, “Ashley & Juliet” and “Boogaloo Sub,” will be included in the forthcoming Real Philadelphia Book, Vol II. Kennedy’s other books include Camp Jam: Rock Solid Drum, nominated as a 2011 Educational Drum Book of the Year in Modern Drummer magazine reader’s poll and Sixty Second Solos, which won second runner up in the 2015 Drummies, Drum! magazine’s readers poll award.

Kennedy has played with orchestras nationwide. He’s performed with Italian operatic pop trio Il Volo, Roger Daltrey and members of The Who, The Strauss Symphony of America, Rocktopia Live, and Jerry Garcia Symphonic Celebrations with Warren Haynes. But, he says, “If I had a dream gig, it would be playing standards from the great American Song Book with a guy like Tony Bennett. A small group, a lot of interplay between the musicians, and room for personal expression.”