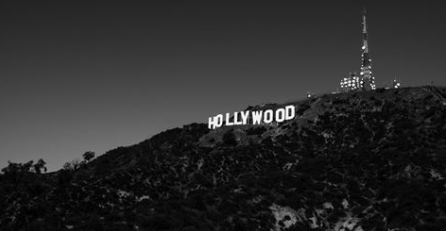 by Marc Sazer, Recording Musicians Association (RMA) President and Member of Locals 47 and 802

Our AFM is in the middle of the first of two negotiations with Hollywood producers, working on the Live TV/Videotape Agreement with the TV networks and preparing for film/TV negotiations with the Hollywood studios. A key focus on both fronts is in the area—I should say areas—of new media. This covers everything from Netflix, Amazon, and Hulu to YouTube, CBS All Access, HBO Now, and HBO Go. It includes programs originally made for these platforms as well as shows brought to them from movie theaters and other media. These various streaming platforms represent the future, both economically and artistically. Paying close attention to the patterns of bargaining of our sister unions in the industry, we expect significant improvements in our coverage in these areas.

In an effort to reach out to our whole film/TV community, we have embarked on a series of intimate meetings where musicians open their homes for a collegial evening of food, drink, and PowerPoint. Our meetings are open to all AFM members and focus on two topics: tax credits and negotiations. Our goals are to motivate, educate, and learn from our colleagues. We’ve learned some important lessons.

We now have a strong sense of the need to understand how collective bargaining works—the nuts and bolts of negotiations. We’ve also found that many musicians are deeply interested in data and information about their own business. And, we’ve learned that, in an era of ongoing attacks on unions, “right to work” laws are frequently misunderstood.

Right to work means that musicians can work and enjoy all the benefits of a good contract—wages, job protections, pension, health care, administration of the contract, and upholding of the contract—without contributing a penny of dues to support the union’s resource-intensive work. The goal is to economically strangle unions, attacking their ability to work for members. Musicians know that we need our contracts. Our contracts can’t survive with a weakened union.

A key issue that our meetings address is: what makes us stronger or weaker in contract negotiations? We are dealing with multi-billion dollar multinational corporations; how do we walk in the room with a stronger presence? We are strengthened in our position across the table as we pursue tax credit legislative relief that would benefit both sides of the table. Also, we are empowered by close relationships with our sister unions, made visible by reciprocal observers at their negotiations and ours. Most importantly, good communication among us musicians is critical for a clear and unified negotiating stance. And yet, our musicians are clear about the flip side. Dark dates, musicians not being full members of our union, and internal strife weaken us at the bargaining table. We have to acknowledge both our strengths and our weaknesses.

In Los Angeles, the Recording Musicians Association (RMA) is working with Local 47 (Los Angeles, CA) to amend the current California film and TV tax incentive program to specifically support music scoring jobs. It is unfair that scoring jobs run away to London and other overseas locations. It is also unfair that actors, writers, grips, electricians, directors, drivers, and others are at full employment, as a result of the California incentives, but musicians are left out in the cold.

This campaign for legislative relief has been broadly successful in helping LA area musicians pull together and find common ground. But we are committed to success on behalf of all AFM members. In our last film/TV contract, we helped the AFM win a provision that directs 1.5% of the Film Musicians Secondary Markets Fund (our residuals fund) as an unallocated contribution to our US pension fund. As a result, more music scoring will mean, not just new pension contributions for participants on the job, but a substantial raise in the unallocated Film Fund contribution that supports everybody’s pensions. Our deeply researched data shows that this will bring in thousands of jobs, millions of dollars in wages and benefits annually, as well as an outsized return on investment for the state in the form of tax revenues.

These home meetings are in many ways the most satisfying and uplifting of the RMA’s tasks as a player conference of the AFM. It’s a great feeling to sit around living rooms with some of the most incredible musicians on the planet, learning from each other, hearing people’s thoughts, and sharing our research and experience. We are a conglomeration of truly amazing artists and human beings!